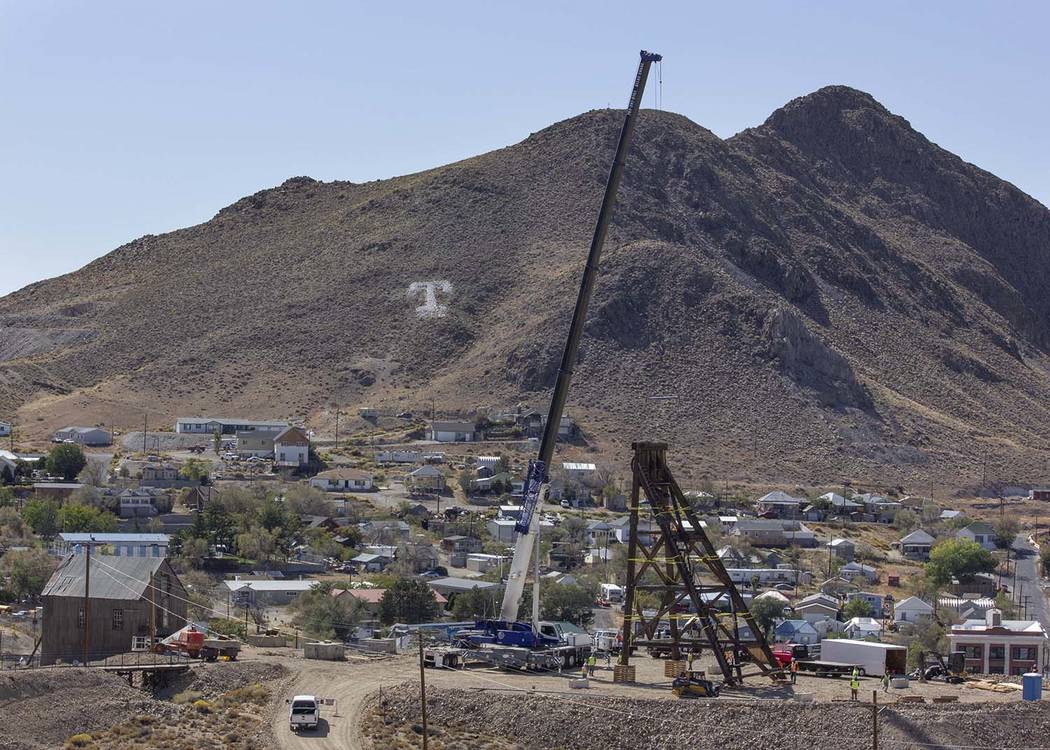 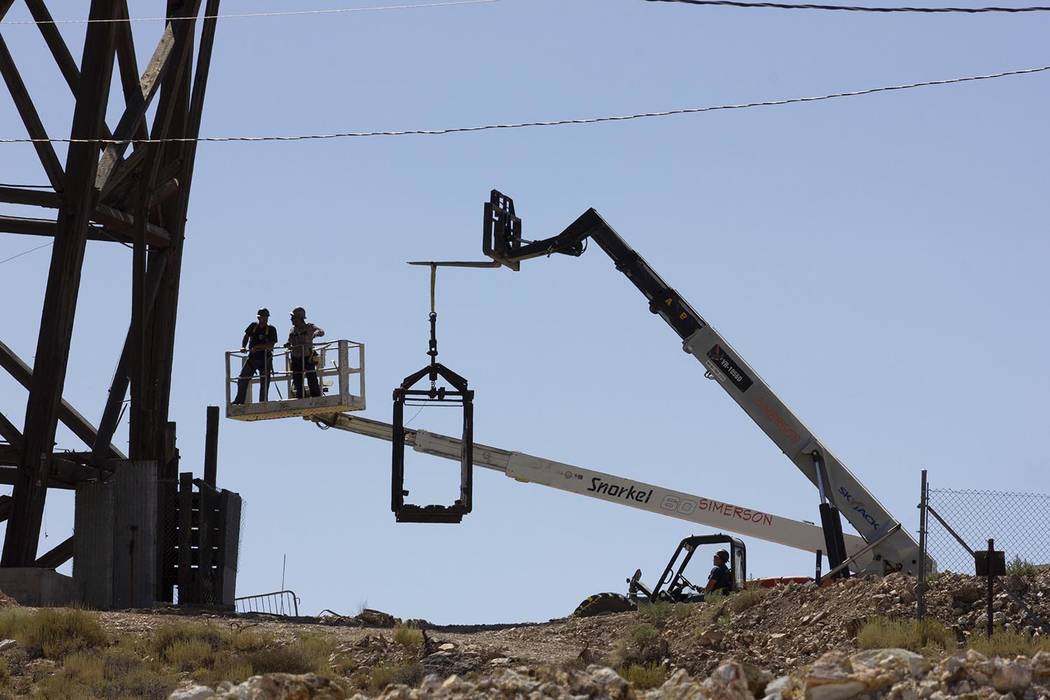 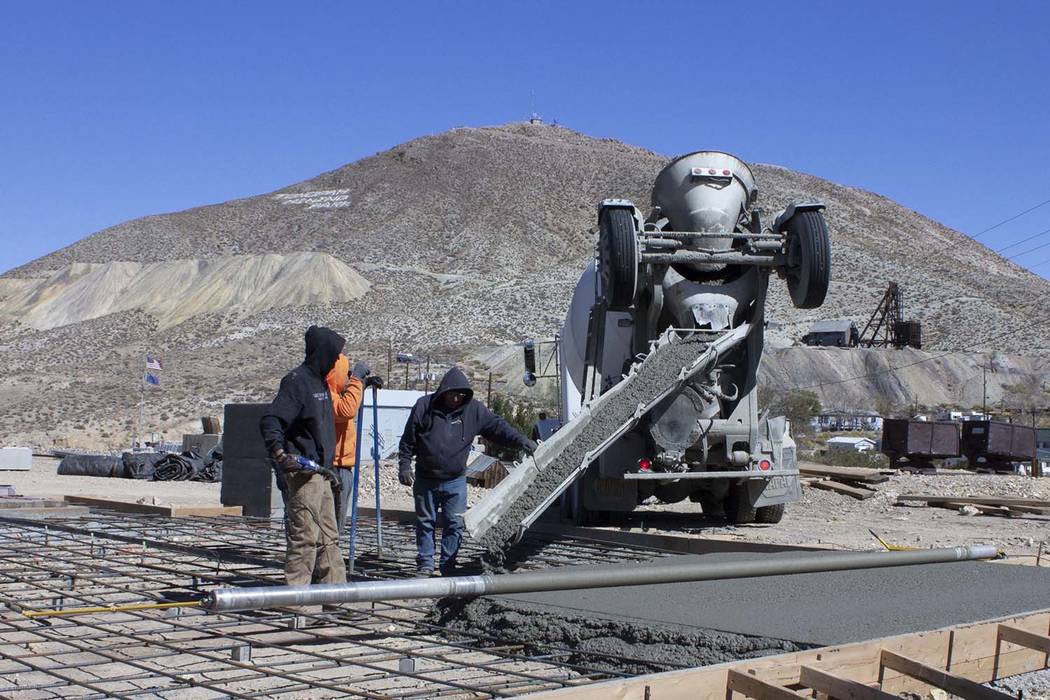 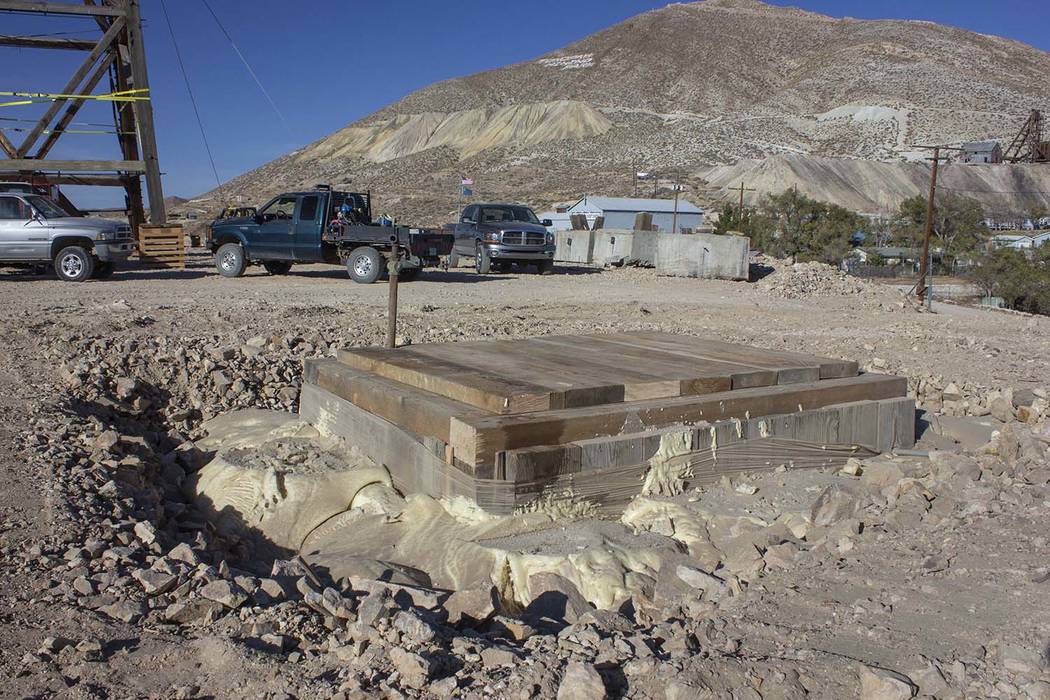 Photo courtesy THMP Foundation and Russ Gartz Restoration began in August 2019 when the Silver Top head frame was stabilized and some of its pieces removed, according to Tonopah Historic Mining Park Foundation’s website.

Tonopah’s Silver Top, one of the main historic fixtures in town, recently received a makeover after an engineering report deemed it to be “in danger of collapse” a few years ago.

The Silver Top headframe was in operation from 1902 to 1948. Today it’s one of three complete hoisting works of the Tonopah Historic Mining Park, which is in the area where the first mining claims prompted the silver rush in Tonopah.

The Silver Top stands next to the Silver Top’s iconic ore house, called the “Grizzly.” The ore house was built in 1907 and contained grizzly screens and tables for ore sorting.

The Silver Top project was partially funded by the grant from the Nevada Commission for Cultural Centers and Historic Preservation. The amount granted in 2017 was $106,332 with a match of $93,668.

“The headframe was in serious need of stabilization, and now with the completion of this portion of the project, that goal has been achieved,” Mulkerns said.

This is not the first time Silver Top was repaired, she said. In the early 2000s, there was an effort to stabilize the base of the headframe of the historic structure.

In September 2016, Thomad Engineering LLC, a structural engineering consulting company from Las Vegas, submitted a report that said that Silver Top headframe “appears to be in danger of collapse.”

The failure of the front foundations caused the front feet of Silver Top to drop down and spread away from the rear feet, according to the information posted on the Tonopah Historic Mining Park Foundation website. A stress crack developed in one of the rear foundation footings, the cage rails had been broken and several structural trusses had pulled loose and fallen, according to the website.

Mulkerns said the Silver Top headframe received priority because of the report, however, the town wants to restore other parts of the historic structure.

“We would like to continue to restore the other attributes of the Silver Top area in the park, mainly the Grizzly and the train trestles,” Mulkerns said.

The work was completed on Nov. 1 when the crane was put back on its foundation and arrived back in Tonopah.

While the project was spearheaded by the Tonopah Historic Mining Park Foundation, other entities, including the town of Tonopah, Robison Engineering Company, Simerson Construction and “many volunteers” participated in the project, Mulkerns said.