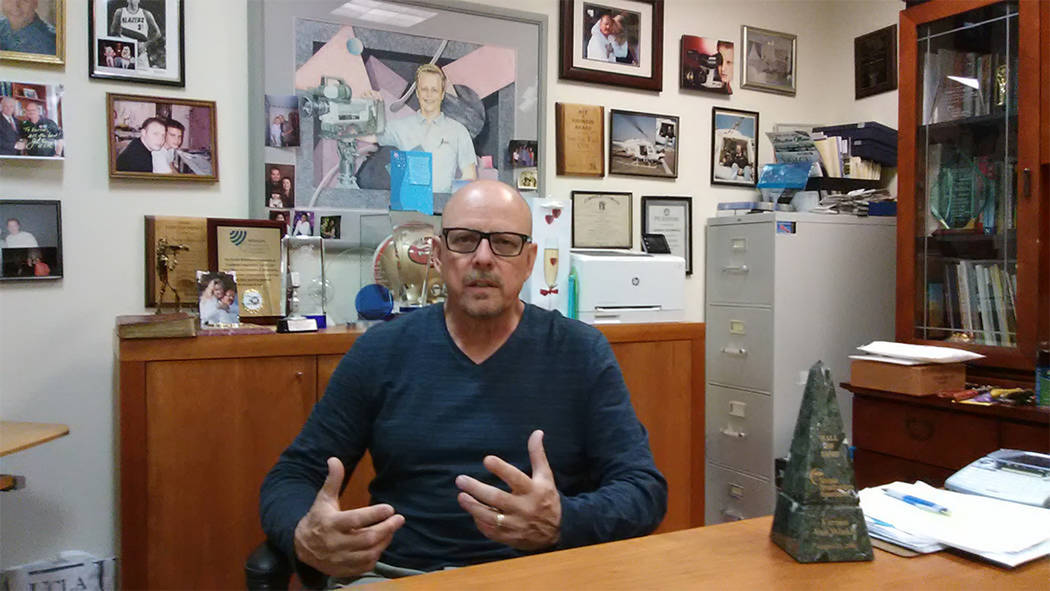 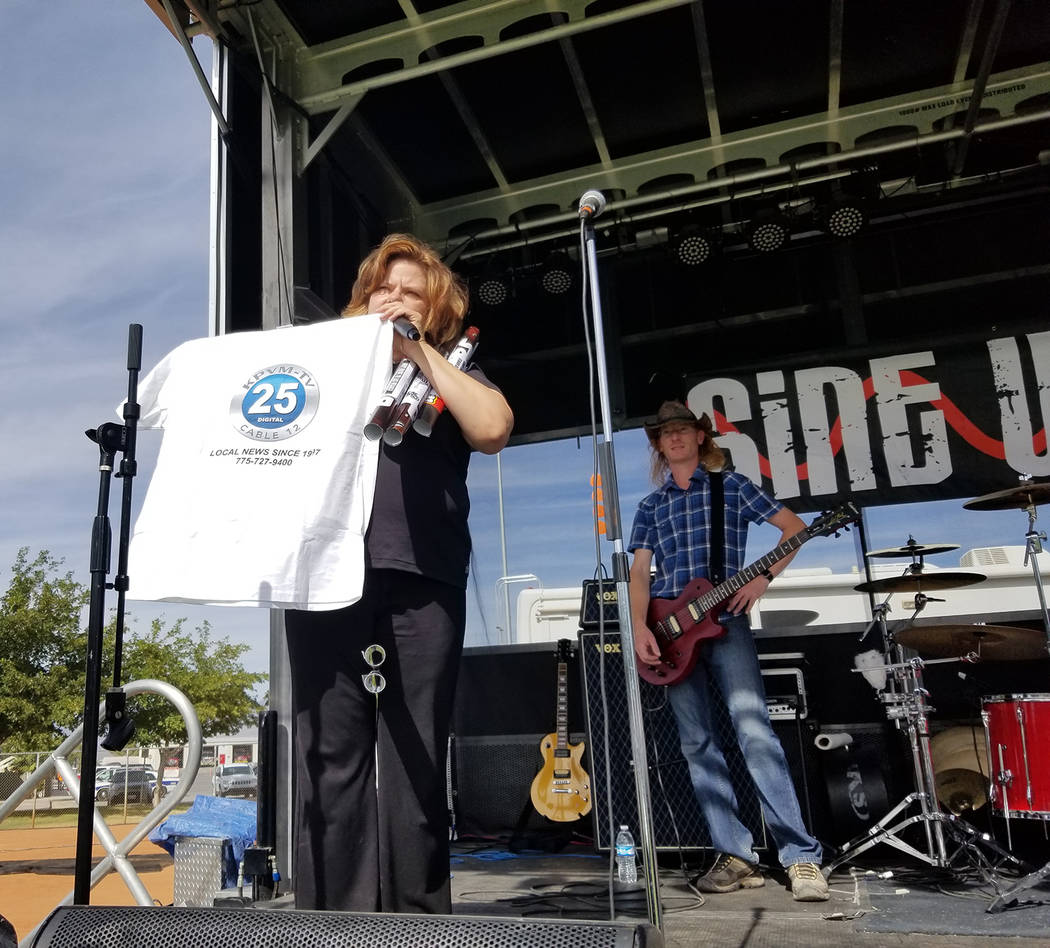 Pahrump’s sole television station is undergoing what can be described as a drastic transformation.

For more than 21 years KPVM-TV Channel 46 has provided news, entertainment and local programming to Pahrump viewers.

Station owner Vern Van Winkle said the station will change its frequency from Channel 46, to Channel 25, due to a Federal Communications Commission (FCC) edict.

Notwithstanding FCC “industry-speak,” Van Winkle explained how the change came about.

“We had to wait and see how the spectrum auction was going to unfold,” he said. “That’s where the FCC sold the entire 600 megahertz system for billions of dollars, to private entities, and they took America’s television frequencies and told them to get off of them because they were going to put big corporations in there to pay for that spectrum. Those big corporations are T-Mobile, Verizon and others. They want to use it for different reasons where the American people would have to purchase what they put on those airwaves, where before, it was all free to the American people.”

“They kicked all of the broadcasters off the 600 megahertz frequency and sold it for billions of dollars,” Van Winkle noted. “This was for any channel, 33 and above, which includes mine of course. We also had to find new frequencies obviously, and when we got the new frequencies, we went to Channel 25, because it’s available in Las Vegas as well as Pahrump. It finally got all wrapped up from the beginning of this year, to mid-June. That’s when everything started falling into place.”

As a result, Van Winkle said he will move his broadcast signal, straight to the top of Mount Potosi, which separates Pahrump from Las Vegas.

That action, he noted, will greatly expand viewership for the television station.

“At the mountaintop, you have Pahrump on the west side and Las Vegas on the east side,” he said. “The antennas will shoot two frequencies back to Pahrump and two into Las Vegas. You then hit it with maximum wattage, which is 13,000 watts. As a result, we will populate the entire Pahrump area and surrounding areas as well as the Las Vegas area. Instead of servicing what the FCC said is 78,000 people on this side of the mountain, between the two, we will reach more than 2.1 million people.”

Van Winkle also said it will still take some time before everything is in order to begin broadcasting on Channel 25.

“All of the TV stations across the country are doing this, therefore all of the manufacturing companies that make the antennas and retuning, are so busy that you can’t get it done because they are overwhelmed. You have to wait to get it done. I just received the antennas last week but I had to call T-Mobile and told them that there was no way that I could get off the frequency. I could turn it off, but the community of Pahrump would not have a functioning television station. I told them that I needed at least ‘til November 5th or later. Right now, it looks like November 5th is very positive.”

Additionally, Van Winkle said there are also delays in receiving essential equipment needed for the changeover.

“I’m waiting to receive additional equipment for the changeover, but it is caught up in customs,” he said. “I expect to be up and running on Channel 25, probably by this Sunday if all the parts come in. My goal is to run channel 46 and 25 simultaneously for one week so there won’t be an interruption in programming. Eventually, Channel 46 will be shut off, and we will operate exclusively on Channel 25 in Pahrump.”

Another aspect Van Winkle spoke of was the opportunity to expand the demographics of his overall viewership, by way of a Spanish channel on the airwaves.

“It’s called the Nuestra Vision and I’m very pleased that we are reaching out more to the Spanish market,” he said. “We will have news in Spanish and English. I am very pleased that we will be able to increase our viewership to more than two million people. More than likely, it’s probably going to be sometime in September of 2019, when we will be able to reach our new full demographic.”

After building the television station from the ground up back in 1997, Van Winkle pondered all of the changes the broadcast facility has gone through after 21 years.

“Currently, the programming change is very important and right now, I picked up so many different movies and other content. We’ve also picked up some new NBC Universal products, which of course includes Chicago PD, Dateline, and the sitcom the ‘King of Queens,’ which is a very funny show. We also picked up Paramount and Paramount select movies, which brings us to nine different production companies such as MGM and Sony Pictures. Everything is on the online TV Guide. We have excellent programming serving the entire area. The big thing is that KPVM has a bigger audience, and much better programming after 21 years. This is like everything I have done, where I start out small and grow bigger.”

“We have a complete production facility here for television and digital signage,” he said. “Another product that I’m building is the digital signage for lobbies and waiting rooms. It’s called Lobby Entertainment. It has not yet been established, but I own it. It’s basically preprogramming content for marketing in doctors’ offices, tire stores, dentist offices or anyplace where there is a television. We can program the entire television set to play video and digital signage 24 hours a day, seven days a week.”