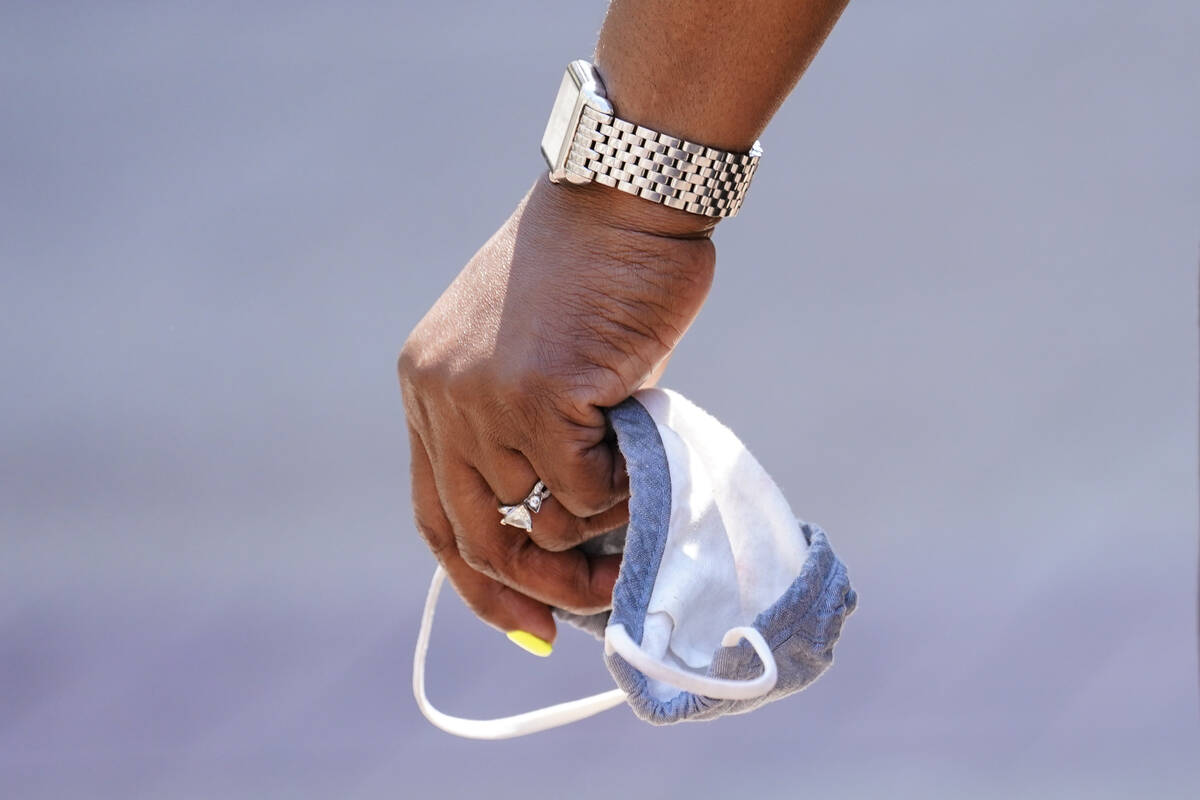 A person holds a mask while walking outside in Philadelphia in 2021. (AP Photo/Matt Rourke) 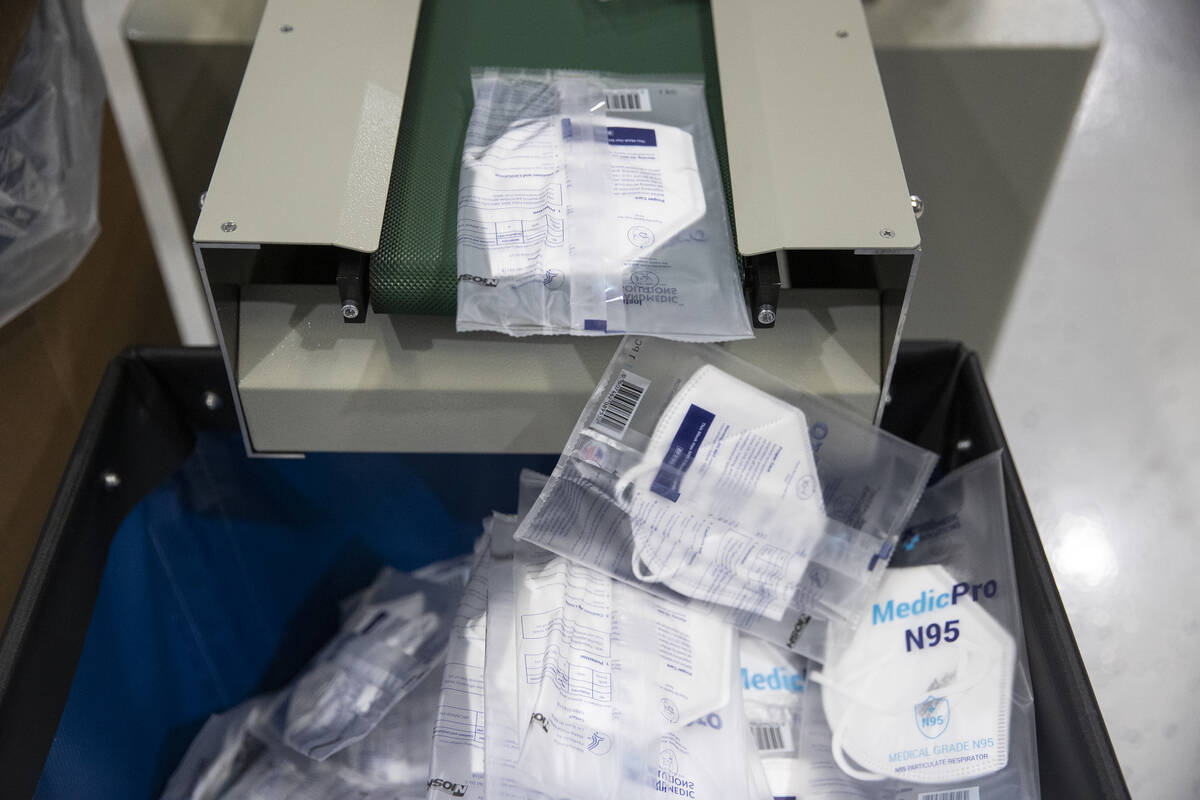 New COVID-19 cases are continuing to increase but at a slower rate, while hospitalizations in Nevada dipped in the past weeks, new state data shows.

Last weekend, Nye County reported its 300th death from COVID-19 since the pandemic began in March 2020, according to data from local health officials. And for the second week in a row, Nye County is facing medium levels of the disease, a federal designation based on cases and hospitalizations — after resting for months at low levels.

Because of the medium disease levels, the Centers for Disease Control and Prevention and the Southern Nevada Health District recommend that those over 65 or with underlying health conditions wear a well-fitting mask when indoors in public.

“We are seeing a surge, and so, yes, we are recommending the use of a face covering in crowded indoor areas for those particular groups,” Cassius Lockett, the health district’s director of disease surveillance and control, said on Wednesday.

Pahrump recorded 69 news cases of the virus for its 14-day total, while Smoky Valley recorded three cases, according to data from health officials.

The rest of the state experiencing low levels.

Statewide, daily new cases of the virus increased to 348 from 324 in the past week.

Statewide, hospitalizations have decreased to 345 from last week’s 359.

The Nevada Hospital Association said 15 percent of visits to hospital emergency departments in the last week have been for COVID-19, a decrease of 2 percentage points.

The number of hospitalizations of children for respiratory syncytial virus have decreased in the past week, dropping to 46 patients from 78.

Hospital pediatric units remain full from an onslaught of respiratory infections. But there has been a slight improvement over the previous week, the association said. The number of children being held in emergency rooms while waiting for a bed has declined.

‘Kind of a mess out there’

With COVID-19, flu and RSV all circulating, the health district suggests that the public — and not just more vulnerable people — consider wearing a mask when indoors or in crowded spaces, Lockett said.

“It’s kind of a mess out there,” he said. “We’ve got all of these diseases circulating at the same time. This is what we thought was going to happen at the very beginning of the pandemic, and now it’s hitting us all at once.”

He noted that despite a moderate level of disease in the community, severe illness and deaths remain relatively low.

Daily COVID-19 deaths in the county were below two per day in November, compared with about 30 per day in January, he said.

Many health authorities expect the upward trend across the country to continue.

“I think that we will see some rise in cases and hospitalizations and deaths,” said Julie Swann, a professor at North Carolina State University who researches COVID-19 trends and advises the CDC. “But I don’t think this (winter) will be anything like it was last January with respect to COVID.”

Instead, she expects in the near term a continuation of the smaller, incremental increases of recent weeks. She doesn’t expect sharper increases because of the immunity the population has built up from vaccination and prior infection. Also, a new, dramatically different variant of the virus hasn’t emerged.

“I’m prepared for the possibility that around the world, there could be mutations (to the virus),” Swann said. “And some of these mutations could make it back to the United States, and make it back when people have not had COVID or been boosted in more than a year.”

This might occur in the spring or next fall, resulting in “another wave of severe outcomes,” she said.

But the updated bivalent booster now available is a good match for those strains of the virus currently in circulation. That’s good news, Lockett said, for those 6 months and older who are eligible to be boosted.