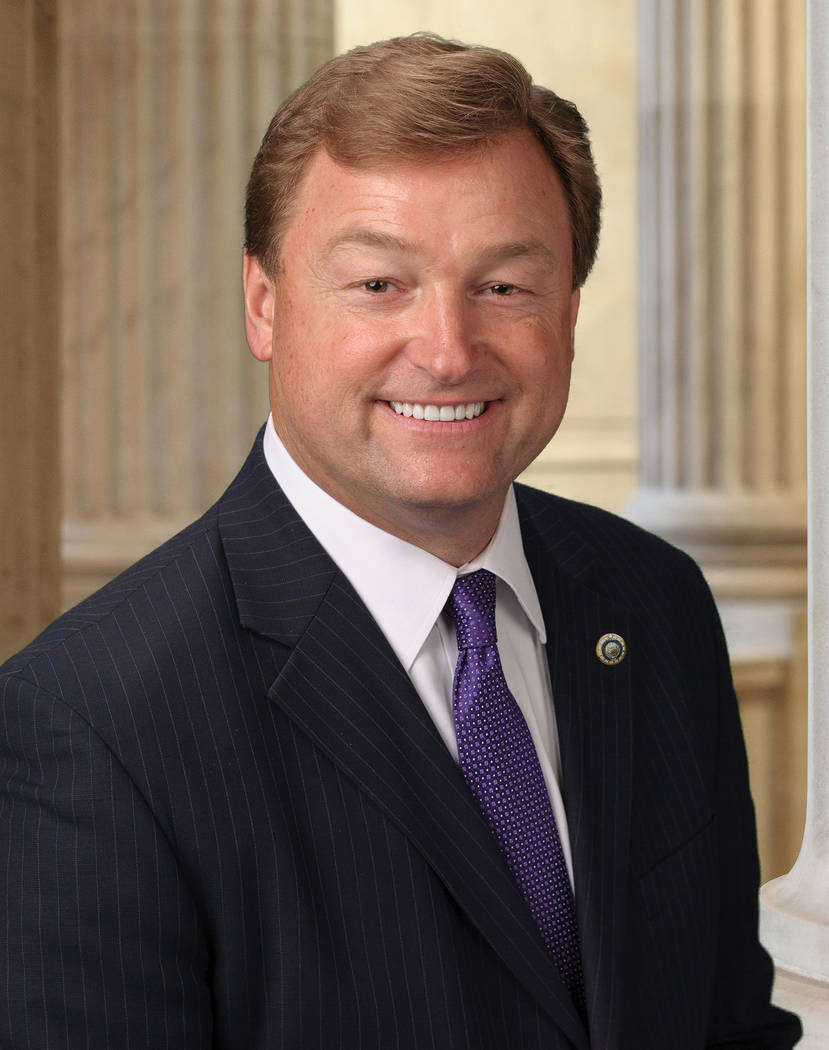 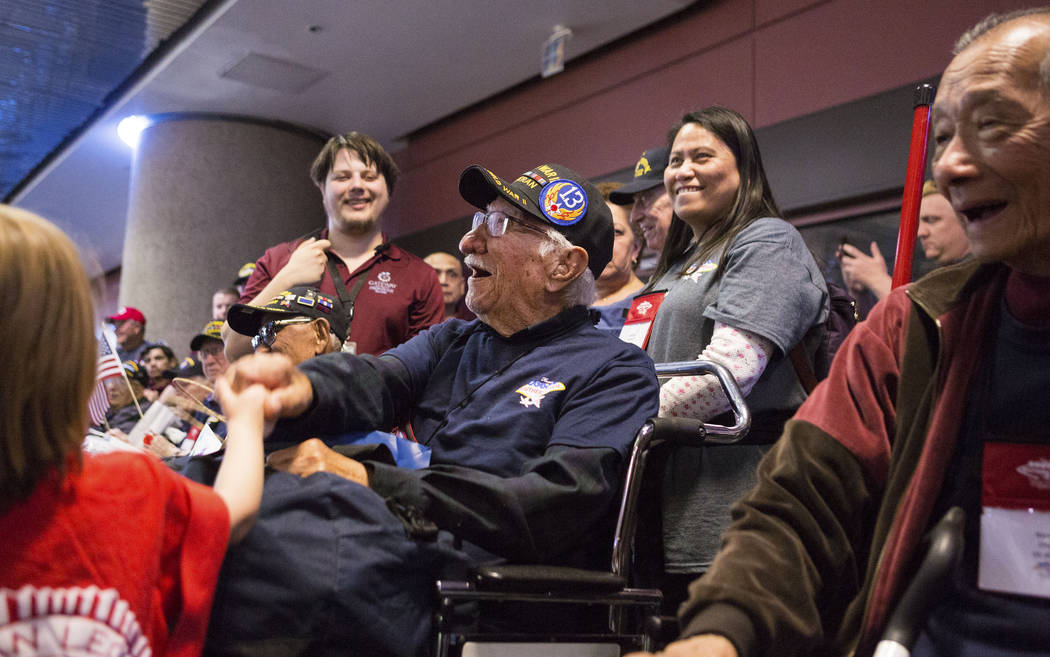 Elizabeth Brumley/Las Vegas Review-Journal World War II Veteran Joe Pena is greeted at McCarran International Airport after returning to Las Vegas from Washington, D.C. from an Honor Flight Southern Nevada, Sunday, Oct. 29, 2017. Pena was accompanied with 23 other WWII Veterans and five Korean War Veterans for a three-day visit to see several of the war monuments and memorials that stand in their honor.

In the days, weeks, and months that followed September 11th, 2001, amidst the grieving and ache of a horrific national tragedy, something incredible happened.

Across the country, thousands of men and women rushed to their local recruiting offices to fight for something bigger than themselves – their country.

This was not the first time in our nation’s recent history that such bravery and selflessness was exhibited by Americans of all different ages and backgrounds.

From the World War II era to the Korean and Vietnam wars, millions of our loved ones here in Nevada and across the country have answered our nation’s call to serve, leaving behind their families and friends for time on end to make sacrifices most of us could not fathom.

As a senior member of the Senate Veterans’ Affairs Committee, I’m honored to support Nevada’s 300,000 veterans and the state’s larger military community. I’m fighting day in and day out to ensure Nevada’s warriors have the best care and benefits that this nation has promised them. This is a duty I do not take lightly.

Titled after the author of the landmark G.I. Bill that was made available to World War II veterans in 1944, this proposal has wide, bipartisan support and critical provisions that will directly help many of Nevada’s veterans and their dependents.

The original G.I. Bill was one of our country’s greatest successes, and it’s why I’ve worked to improve it for today’s and tomorrow’s generation of heroes.

It also eliminates a 15-year time limit in which a veteran must use their G.I. Bill, which is why many of the country’s leading Veteran Service Organizations have referred to the legislation as the “Forever G.I. Bill.”

This change is critical as it allows for Nevada’s heroes to continue advancing their education and skills throughout their professional career. Moreover, removal of this arbitrary 15-year window gives flexibility to veterans who may not want to immediately enroll into a four-year university or training program after recently discharging from the military.

Under the legislation, G.I. bill benefits are expanded to Purple Heart recipients and reservists. A provision I authored adjusts the G.I. bill tier structure to increase the benefit payable percentage for guardsmen and reservists who served less than 12 months. In many cases, time spent on initial training does not count toward active-duty time.

Additionally, the legislation includes another provision that I championed, which reimburses G.I. bill funds to veterans who are affected by the permanent closure of ITT Tech or other institutions.

This law is yet another positive development for Nevada’s veterans, and the direct result of feedback I receive from veterans and leaders when I hold roundtables across the state.

While there is still more work to be done, I’m proud to be a part of this bipartisan effort that puts Nevada’s veterans’ educational needs first. We should be doing all we can to ensure that our state’s warriors receive the benefits they’ve earned and deserve. I’ll continue to build on these results and work to empower Nevada’s veterans with more tools to succeed.

Dean Heller is a U.S. senator from Carson City.