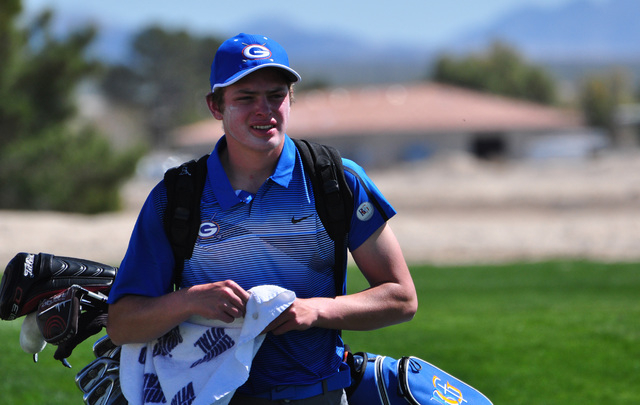 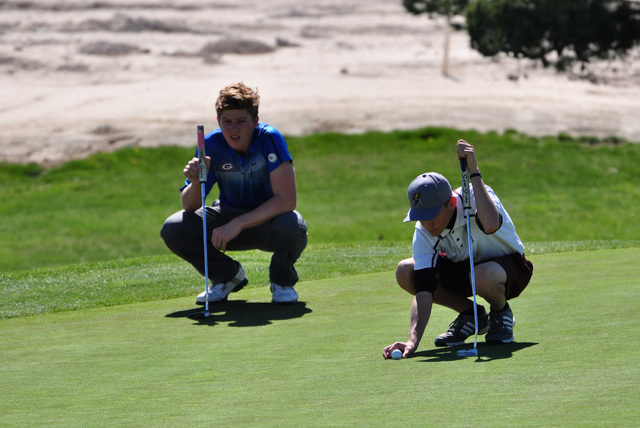 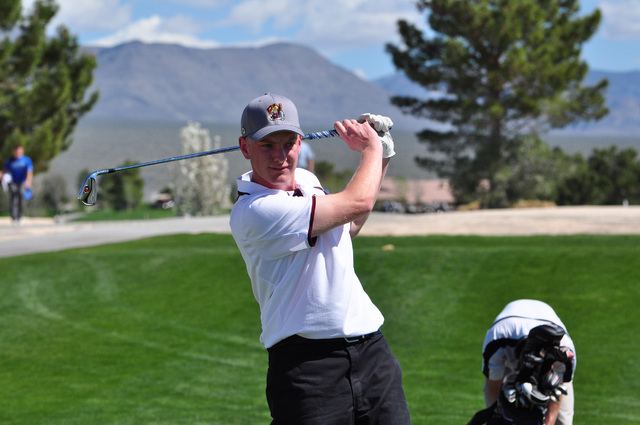 The Pahrump Valley Invitational was Thursday and Friday of last week.

According to Larry Goins, the tournament director since its inception, the tourney is the oldest continuously run high school golf tournament in the state of Nevada. This year was the 27th year.

There were 104 golfers total in the tournament at Mountain Falls Golf Course and the Pahrump Valley Invitational ran three flights of golfers Gold, Silver and Maroon with Gold being the best.

Goins made a bold prediction that individually, Palo Verde, Bishop Gorman or Coronado would be at the top. He was partially right, but he left out Arbor View’s Van Thomas.

Rosebeck also had a double eagle on hole seven where he shot a two. The course description says a good drive can get a golfer on the green in two. The distance from the tee is 502 yards.

The third golfer was Jack Trent of Palo Verde, who shot a 149. The top school of the Gold Flight was Ballarmine Prep of San Jose, California, with a 604.

The two top golfers for Pahrump were sophomore Austen Ancell and junior Derek Moore. Ancell did the best of the two, carding an 80 on the first day and a 78 the second day for a 158 for the tourney. He finished 22nd overall in the Gold Flight.

Prior to the match, Ancell was worried about his chipping and putting.

“To do well,” he said on the first day, “I just have to stay focused on my shots and focus myself to get into the zone.”

“They both made a couple of mental mistakes but it is early in the season and they will get better each week,” Hopkins said. “I feel every one of our players who played in this tournament can get into the 80’s. Austen and Derek have both been in the 70’s before.”

Some of the teams that traveled the furthest to get here said they had been coming to Pahrump for a long time for this tournament. One such team was from Red Rock High School in Sedona, Arizona and they sent four players said the assistant coach, Monty Cooper and are able to make the trip each year because they are on spring break. Cooper said he loves the weather.

“We come here each year because we get to see a lot of kids we don’t normally get to see during the year,” Mobley said.

Another school from Needles, California has been coming since 1992.

“We enjoy the weather. In addition, the course is in great shape and we love it out here,” Bill Darrow from Needles High School said.

The Trojans golf team will play today against Cheyenne at 12:15 p.m.