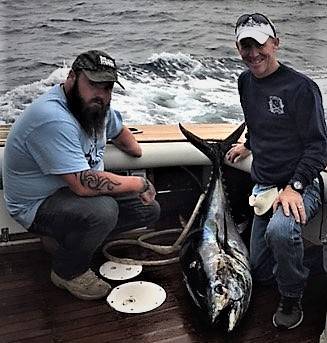 Special to the Pahrump Valley Times Sgt. Nick Williams (left) and 1st Sgt. Jay Foote (right) on a fishing expedition for bluefin tuna off the coast of San Diego. The crew of five former marines set sail from H&M Landing in San Diego in October on their vessel the Reel Champion, as part of efforts for wounded warriors by the Nevada chapter of the Outdoor Adventures Foundation. 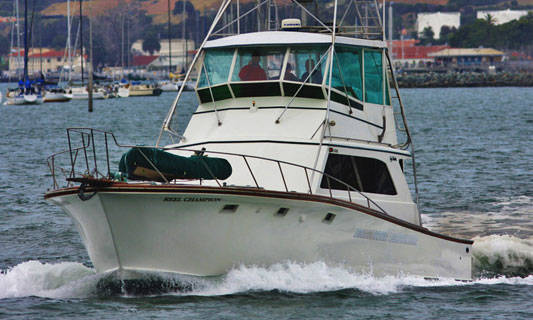 Special to the Pahrump Valley Times The vessel Reel Champion carried a crew of several ex-marines from H&M Landing in San Diego. The boat was skippered by Gary Abbamonte, with he and the rest of the crew all in search of bluefin tuna. The trip was fostered through the Wounded Warrior Project by the Nevada chapter of the Outdoor Adventures Foundation. 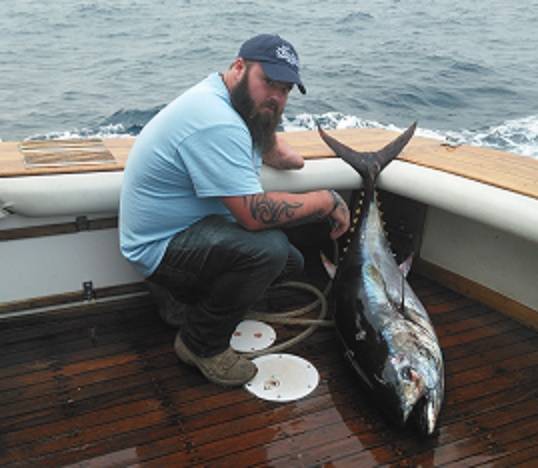 Special to the Pahrump Valley Times Wounded Warrior Sgt. Nick Williams poses with his catch for the day. Williams was one of several ex-marines that left the H&M Landing in San Diego on the hunt for bluefin tuna in October. The trip found its beginnings through the Wounded Warrior Project by the Nevada Chapter of the Outdoor Adventures Foundation. 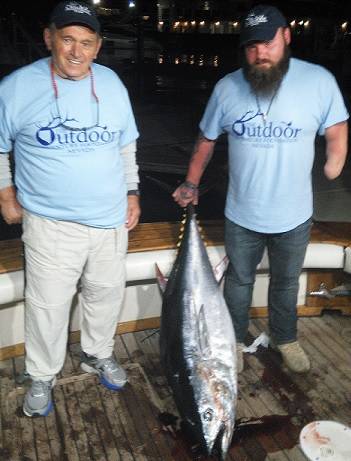 Special to the Pahrump Valley Times Lt. Gen. Buck Bedard (left) and Sgt. Nick Williams (right) stand with their catch for the day. Several ex-marines left H&M Landing in San Diego on a vessel named Reel Champion came back with a haul in October. 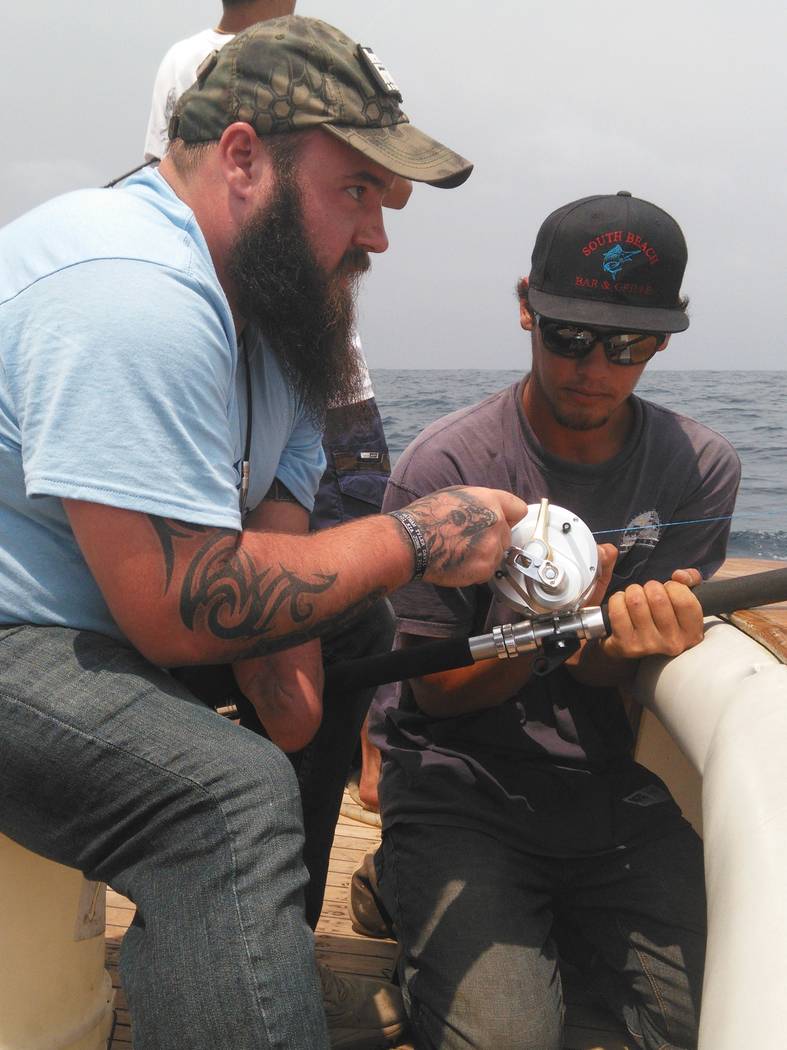 Special to the Pahrump Valley Times All of these vets knew they would continue dealing with things “The best they can,” setting an example for the rest of us during challenging times, columnist Dan Simmons writes.

The seas were a little rough as a group of “former Marines” (remembering once a Marine, always a Marine) left the marina at H&M Landing in San Diego.

As they got further out to sea, it was calm and Sgt. Nick Williams’ nerves were also calmer, surrounded by his new friends, Lt. General “Buck” Bedard, 1st Sergeant Jay Foote and Corporal Ryan Werner.

Nick had recently returned from Afghanistan, where he lost his left arm among other serious injuries in an explosion to his Humvee from an improvised explosive device (IED).

He and Staff Sergeant Josh Hosea, were on patrol when it hit and both were seriously wounded and continue rehabilitation. Both also continue to adjust “the best they can.” On this patrol, they were fishing for Blue Fin Tuna aboard the Reel Champion, with skipper Gary Abbamonte, as part of a wounded warrior project of the Nevada Chapter of the Outdoor Adventures Foundation (NVOAF) and it wasn’t long before they got their first strike. The tuna hit the trolled bait like a freight train and headed west for Hawaiian waters. All hands were on deck bringing in excess lines as Nick set the hook and began battling the powerful fish. It immediately changed direction and headed straight down as Nick struggled to hold on with his one powerful arm.The Marines gave him support, as they always do.

An hour of battle, with the first mate assisting Nick by supporting the rod, seemed much longer as they struggled with aching back and arms. When they thought they could hold it no longer, the fish began to surface and come around. It broke the surface, and they could see what a giant it was as the Skipper called out, “It looks like a 200-pounder, hold on,” as it dove again. Minutes later it rose once more, came out of the water and they heard that awful sound, “snap” as the line went slack. The fish threw the hook and was gone.

It was a disappointment all around. First there was silence, then cheers all around for a well-done effort by Nick and the crew. This was the biggest fish Nick had ever fought and his first deep-sea fishing adventure. The adventure didn’t end there, however. Marines know adversity builds character and they never give in. The fish was destined to live a little longer and grow even larger. The crew rebaited and continued to fish.

It wasn’t long before another strike – the Reel Champion was clearly on the right spot. As the fish ran, it was the same scenario, long runs and deep dives, but Nick had learned a valuable lesson about line control and this time the fish was brought to gaff in about 45 minutes. For you military types, you can imagine the constant verbal assistance, and language used by his new Marine friends. From the sergeants to Gen. Bedard, they had his back. He was home. On returning to the dock, Nick called his mom and was overheard saying, “This was the best day of my life.”

All of these vets knew they would continue dealing with things “the best they can,” setting an example for the rest of us during challenging times. The Nevada Chapter of the Outdoor Adventures Foundation was conceived and established by Lt. General E. R. “Buck” Bedard, USMC (ret.) who recruited family and friends to join him in the worthwhile endeavor.

Bedard says, “I grew up hunting and fishing and learned a great deal about self-reliance and overcoming challenges that nature presented. I wanted to pass this on and encourage those that are facing real, daily challenges in their lives. Nature provides us with strength and reasons to persevere.” For more on the Nevada chapter of the Outdoor Adventures Foundation, go to www.nvoaf.org

Thank you for your service, gentlemen. This trip couldn’t have happened without the sponsorship of Valley Electric Association and its members. They care.