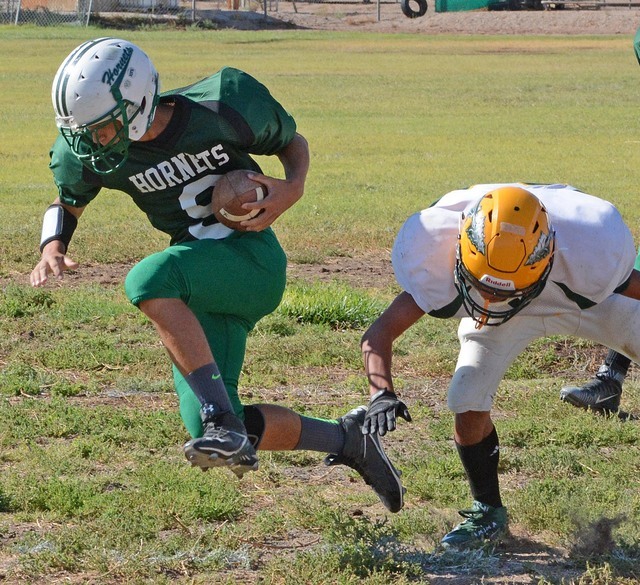 Senior running back Jhon Paul Adajar rushed for 140 yards and two touchdowns to lead the Beatty to a 52-0 rout over Big Pine (California) on the road last Friday.

Hornets Coach Leo Verzilli was satisfied with the performance of his team after the game.

“We still have kinks to work out on both sides of the ball,” he said. “All in all it was a good, solid game.”

Beatty (1-0 overall, 1A Southern) kept the ball on the ground for 397-yards rushing. Senior running back Michael Olson ran for 110 yards and one TD and senior fullback Hugo Mendoza ran for a TD.

Other touchdowns were scored by senior Jacob Oseguera and freshman Fabian Perez.

Verzilli said Olson was the player of the game for his defensive skills.

“Olson ran down a sweep on the opposite side of the field and knocked the runner out of bounds on the three-yard line. Then in two plays, senior Matt Reetz caused a fumble and senior Mariano Villa recovered, which kept Big Pine from scoring.”

The Hornets host Lone Pine at 7 p.m. on Friday.

Verzilli said his team should do well this year.

“We should be strong on both sides of the ball due to a big senior class, almost all with four years’ experience,” he said. “We are also able to rest four players on offense and defense.”