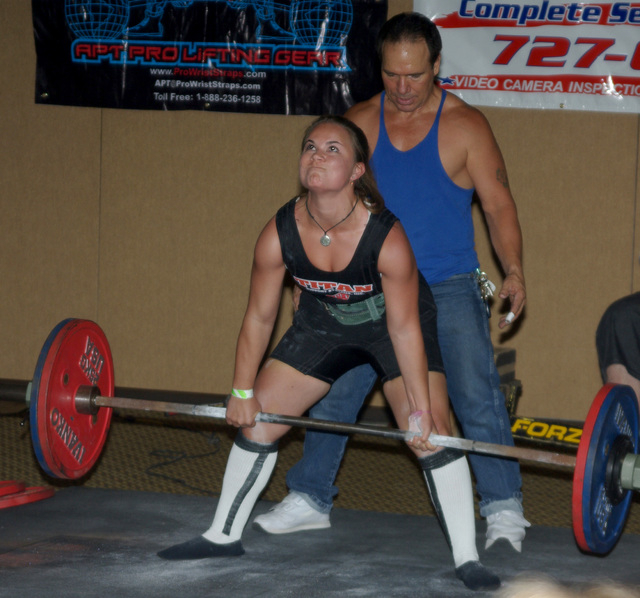 The Nevada State Bench Press and Deadlift Championships will be held at the Pahrump Nugget on March 1 at 9 a.m. The entry fee for those who want to watch is $5 and kids 8 and under are free.

According to organizer Gary Miller, there will be 70 competitors for this event, which is far more than last year.

Miller said this event promotes itself. He gives out good trophies and awards, the federation president helps him promote this meet every year and having the event at the Nugget has helped over the years. The event he said just keeps on growing each year.

“We have people coming from nine different states. The amount of people coming is a dramatic increase over last year. We only had 29 last year. We have been battling with the economy because these lifters have to pay their own expenses, which is a bit of a burden. Now it seems people are turning things around and putting money away,” he said.

The youngest lifter will be 12 and the oldest will be nearly 90-years old. Miller said the 90-year old will be looking to break his own bench press record. He benches 154 pounds.

“This weekend there will be nearly 10-11 world records broken at this meet coming up,” Miller explained. “I have a daughter who weighs about 132 pounds and she will be going for a world record in the bench press of over 238 pounds. We also have a young man who will be pulling close to 800 pounds in the deadlift and there is an 83-year old that can deadlift 380 pounds. If everybody has a good day, it will be a great day. If they don’t, then it will be a good day.”