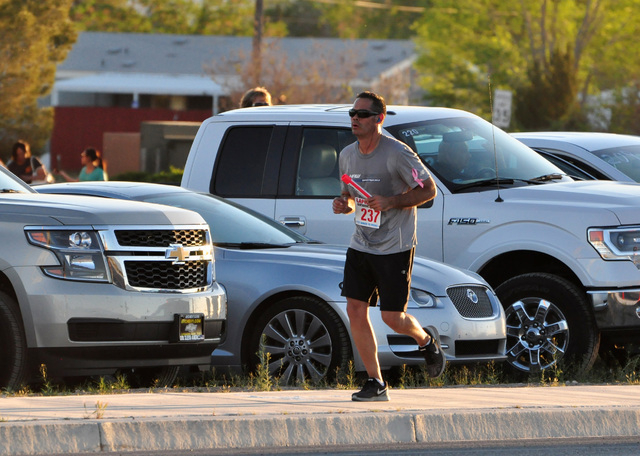 It will be the safest day as far as the crime rate in Pahrump as 8,000 police officers and support personnel run through town during the annual 120-mile Baker to Vegas run.

The run will affect Highway 372 and Highway 160 during the hours of 4:30 p.m. and 2 a.m. The runners mainly stick to the sides of the road, but support vehicles following behind them and gawkers usually slow speeds down on these roads.

The Baker to Vegas run is where police organizations from all over the United States form relay teams to run the 120 miles in 20 stages from Baker, California to Las Vegas.

The race is put on each year by the Los Angeles Police Revolver and Athletic Club. The relay teams will line up just outside the town of Baker, California, which is just some 77 miles to the west of Pahrump.

The teams are entirely made up of law enforcement personnel and each team consists of 20. The distance for each team member varies. Some are selected to run 3-4 mile legs while others will run 10-mile legs.

For some Pahrump businesses, this will be the busiest day of the year. This is the case for the Shell gas station at Blagg and Highway 372 and pretty much all the other gas stations along the route.