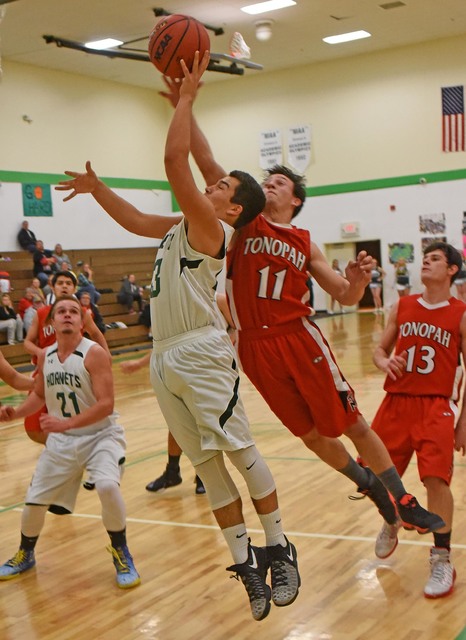 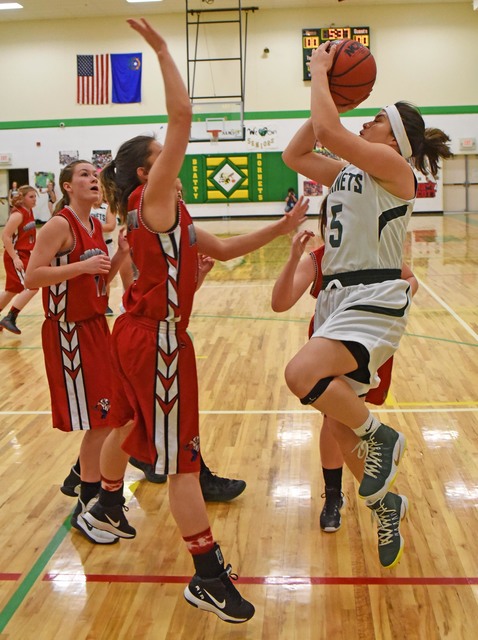 The team seemed to have bounced back from its close 56-42 loss to Spring Mountain on Jan. 10. Then the team lost to Pahrump (6-14 overall, 0-4 Sunset League) 59-39 on Tuesday evening (details of that game are in the story “Old Pahrump-Beatty basketball rivalry renewed” in today’s PVT).

“A lot of our points came from Oseguera, who had a total of 31 points, five rebounds and five steals,” the coach said. “Oseguera is our most consistent shooter but that night he was on a whole other level.”

Although he praised Oseguera, Sullivan wasn’t happy with the rest of the offense.

“The game was somewhat brutal and even the boys would tell you that,” Sullivan said. “We struggled to get any sort of offensive rhythm in the first half. We missed easy shots, or we wouldn’t cut all the way to basket for an easy lay-in, and we had way too many turnovers, many of which were unforced. In the first half alone we had 25 turnovers as a team.”

The high turnover rate in the first half led to a close score of 14-12 at the half. Things seemed to change for the better after that.

“So in the locker room we focused on offense because our defense was doing its job,” the coach said. “At the start of the second half, we came out running. We were able to force turnovers and convert them into easy points. The team also did better with turnovers in the second half with a team total of 11.”

“Our shooting percentage was extremely low and we could not move to the ball for passes,” Muckers coach Jill Katzenbach said. “It was a rough night.”

The lead scorer for Tonopah was Lauren Klapper with four points.

For the Hornets (7-4, 1-0), that was their first league game. It will take a few games for them to catch up, but Beatty will be a contender, with a large part of their team being seniors.