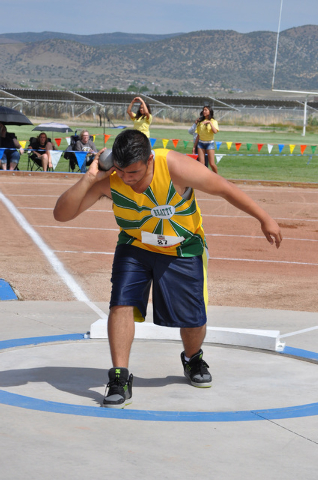 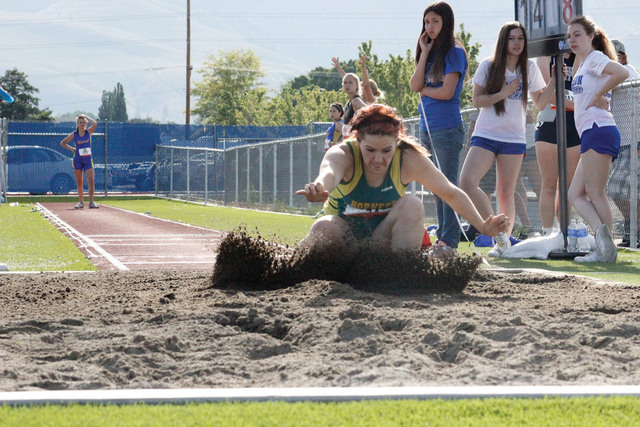 The Beatty women’s track team came close to a repeat, but came up 10 points short to take a disappointing 2nd place. Beatty finished at 104 points to Sierra Lutheran’s 114. If only a couple of events had gone to Beatty, the Hornets would be champions. The Hornets will have to wait until next year. By next year their long distance runners will be unbeatable.

She finished 3rd in the 800 losing to Johnson again. Pelayo has three more years to get this right and if she does she can easily take home three individual medals and one team medal. Also in the 800 Ashley Granados took 7th place and Sinai Hernandez took 8th.

The Beatty jumpers came close to winning it for Beatty. Christina Thompson took third in the long jump with a 15-04 jump and she missed taking first in the triple jump by just 9 inches (32-00.5). The winner of the triple jump was Kellie Rogaczewski of Smith Valley who jumped a 32-08.75. If Rogaczewski misses, and Pelayo takes first in the 800 or 1,600, Beatty is champion. That is how close the meet was.

The girls will be better next year as the sprinters also will get better. Vanessa Gamboa and Alexi Gil finished 6th and 7th in the 100 meter and 200 meter and are both freshmen.

For the boys, they finished in 5th place with 62 points total. Sierra Lutheran finished on top with 129 points.

Note: Hornets Coach Jerry Adcox was unavailable for comment due to his wife, Connie, going into the hospital. Our prayers are with him.