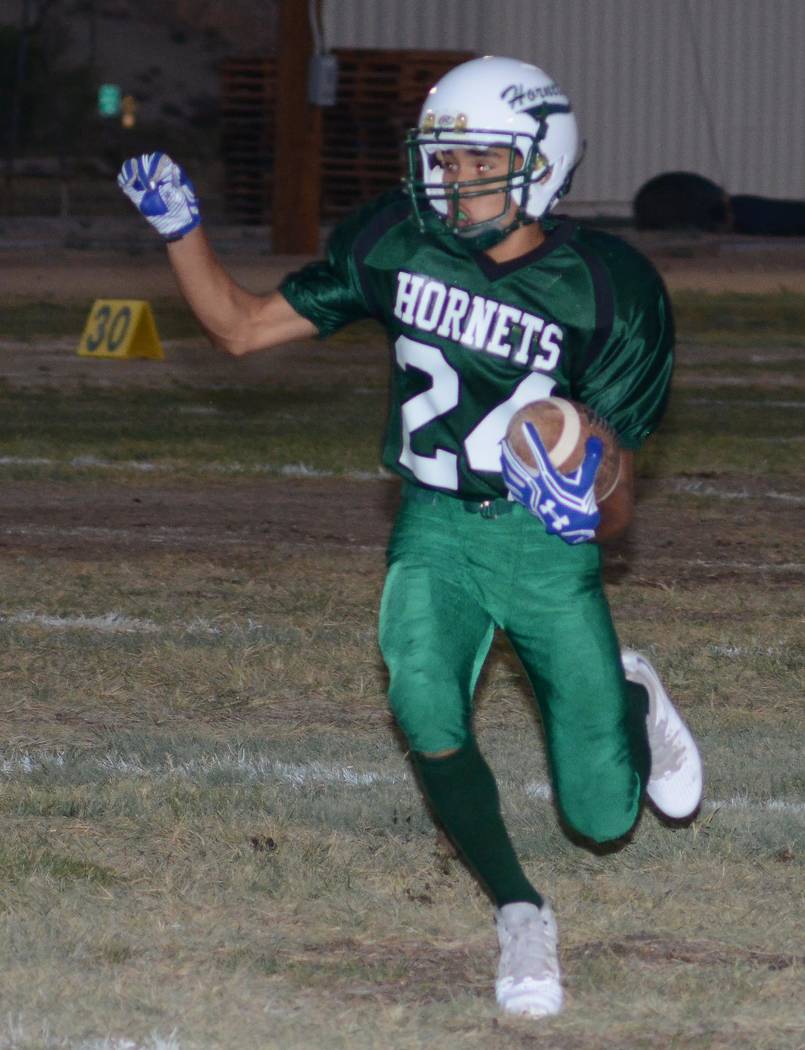 Richard Stephens/Pahrump Valley Times Yadir Rodriguez runs the ball down the field for Beatty. He had a big night with 110 yards rushing. 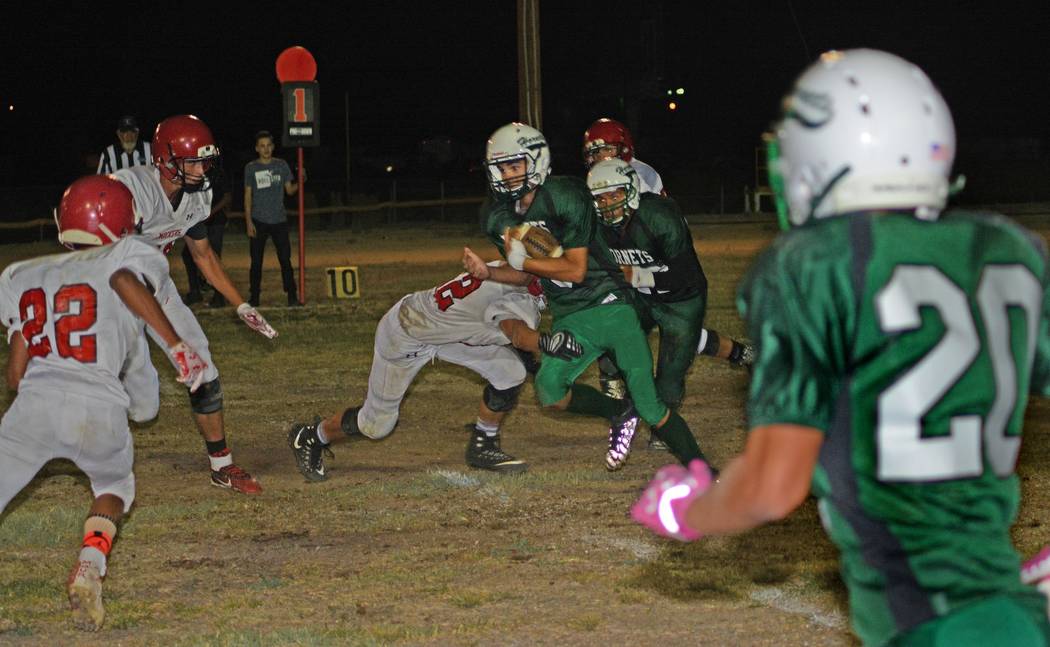 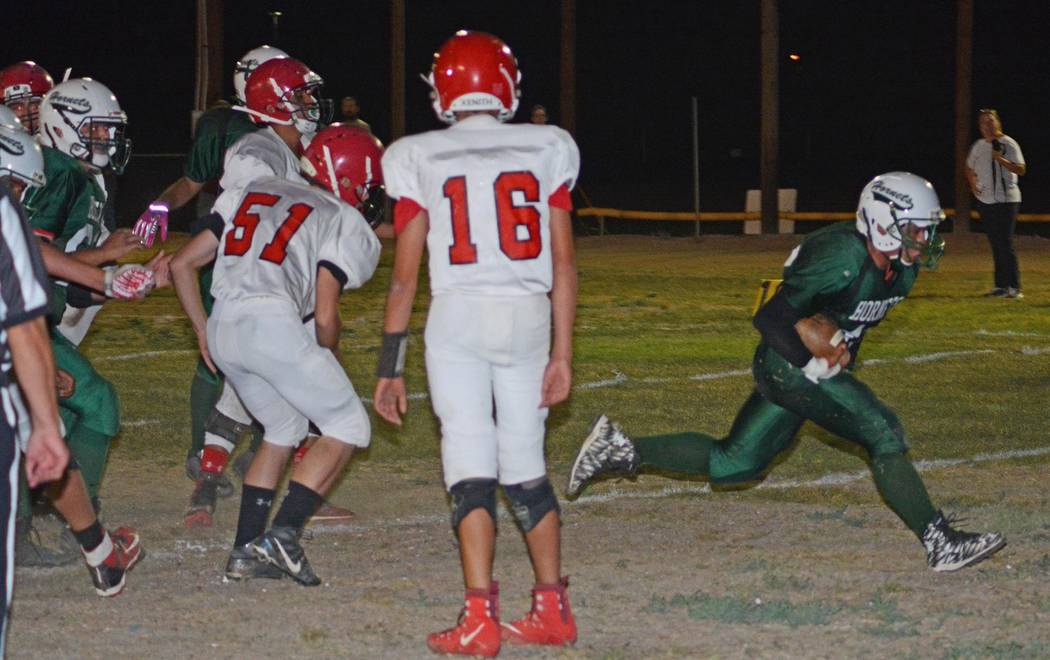 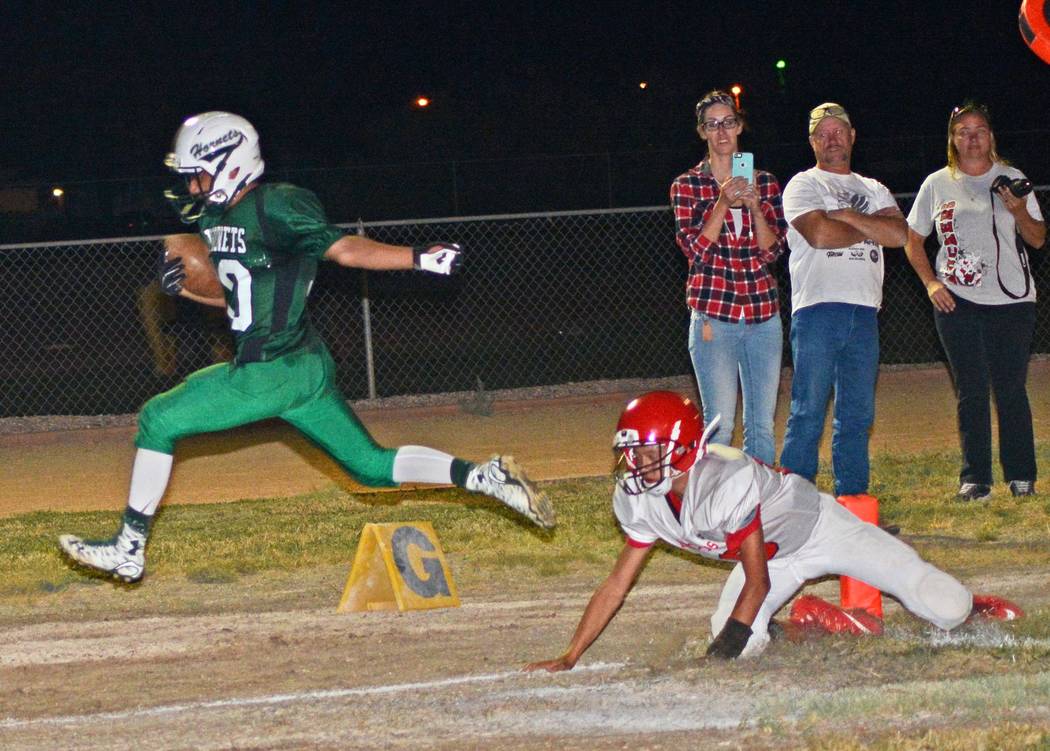 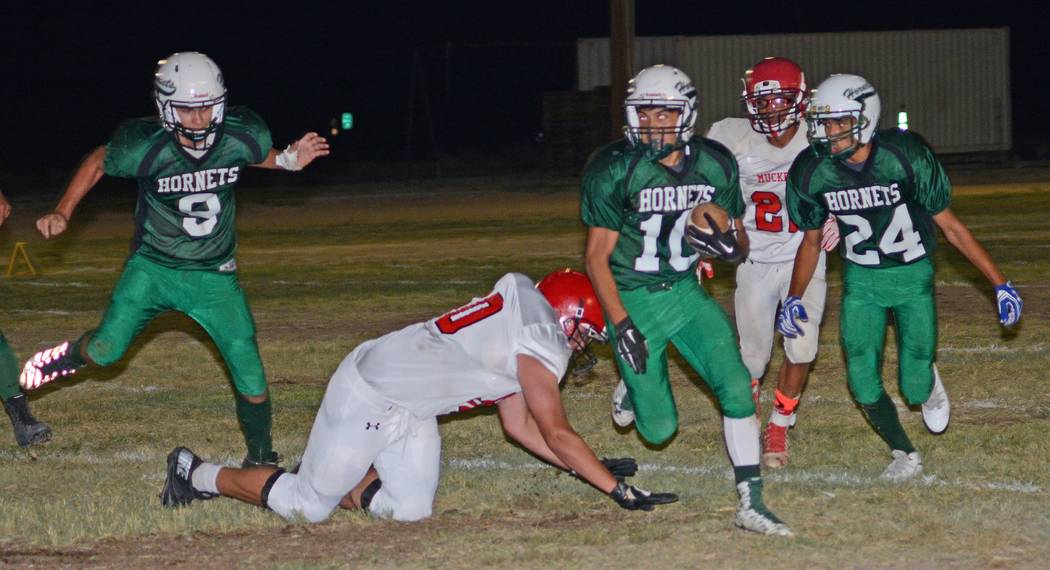 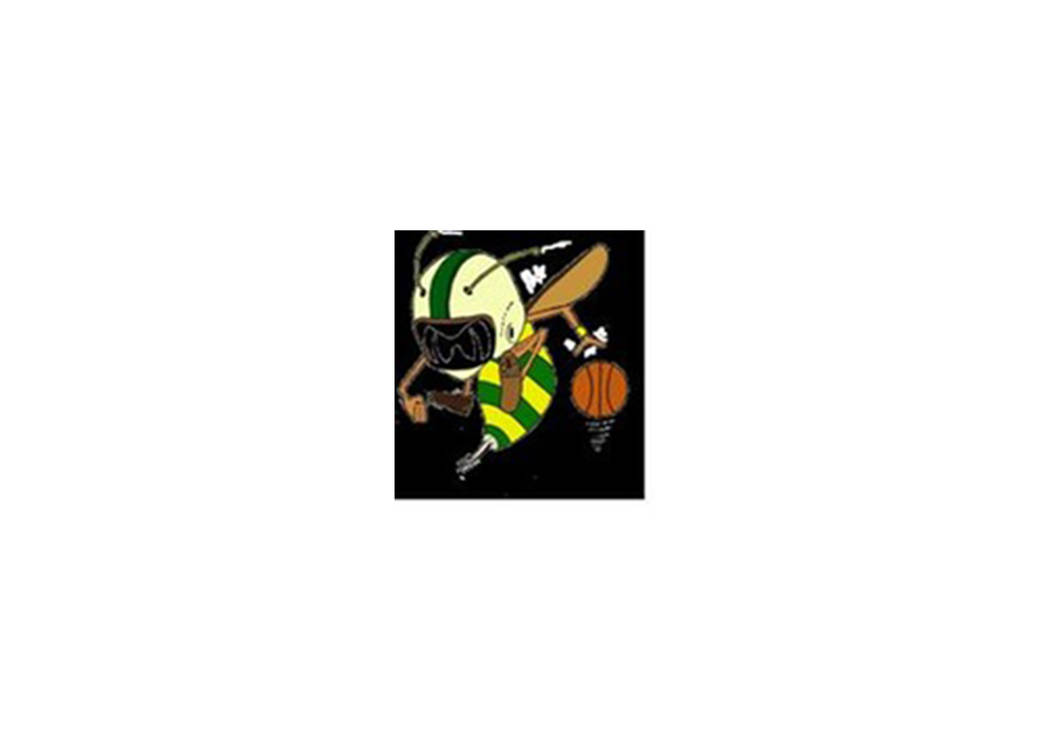 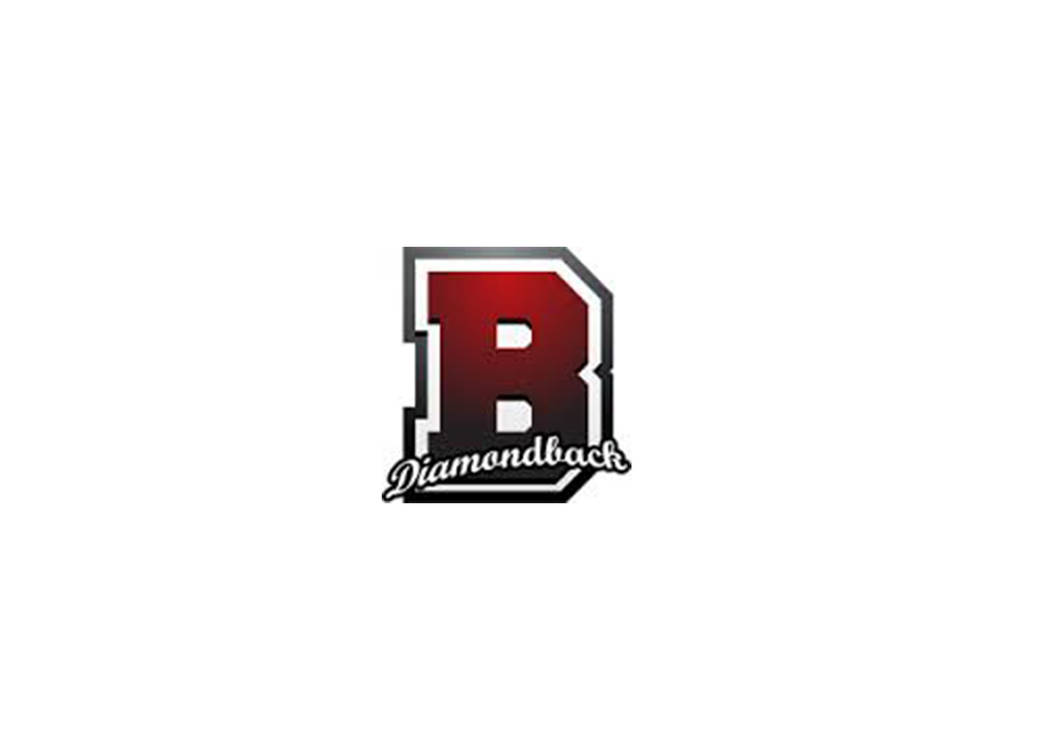 The Beatty Hornets will look for their third win of the season as they renew their rivalry in eight-man football, hosting the Beaver Dam Diamondbacks.

Beatty head coach Leo Verzilli said his team will be working on defending against a passing team.

The Hornets have not lost to Beaver Dam since 2012. Last year, Beatty beat the Diamondbacks 58-0 and Verzilli said he would like to continue beating this team.

“Beaver Dam likes to pass the ball,” the coach said. “This will be a good experience for our linebackers and defensive backs to defend against them. They will be coming out of a spread offense.”

Verzilli said his pass defense hadn’t been great and it was something they will work on.

“One of the things we will need to do is work on more of a pass-rush,” he said.

Beatty ran the football at will against Tonopah for the 66-18 win in last Friday’s big game in Beatty.

The Muckers couldn’t get their offense in gear.

Coach Verzilli said his defense played a big role in the win.

“We stopped their running game,” the coach said. “They were not able to run against us.”

The Muckers passed for 203 yards.

Verzilli said he had to make a quick adjustment and that too slowed down.

“In the first quarter we didn’t shut down their passing game,” he said. “I pulled aside a linebacker and told him to take on their tallest receiver and to just stick with him and he did.”

Sophomore Fabian Perez had one interception and junior Yadir Rodriguez had two.

While the Tonopah offense was stalled, it was the opposite for the Hornets.

Beatty stuck to their running attack. Traditionally the team has been a running team. The Muckers defense couldn’t stop the Hornets’ rushing attack, which had over 300 yards rushing.

“Our running backs were phenomenal,” the Beatty coach said. “The backs see the whole field when they run and trust their blocking. All in all things are headed in the right direction. You can only hope to improve each week and we did.”

Sophomore running back Fabian Perez had 18 carries for 137 yards and he scored two TDs. Junior Yadir Rodriguez also had a big day rushing the ball and had 12 carries for 110 yards. He scored three rushing TDs and had one kickoff return for a TD.

For Verzilli, the game is all about improving and making adjustments.

“We played better as a team this week, more communication on defenses and less mistakes on offense. “We practiced all week against a four-front and they came out in something different, so we had to make some adjustments. Our team understood their new assignments and performed well. Our pass blocking was better, and our run blocking up front was better. Now hopefully, we’ll improve a little more this week.”

The Muckers had three touchdowns during the game. Junior Kevin Pope had two TD receptions and sophomore Vance Day had one TD reception.

For the Muckers, the lead rusher was junior running back Brandon Scobee with 67 yards. The leading receivers were Pope with 93 yards and Day with 82.

“Our youth was really exposed this week against Beatty, this is the youngest team I have coached in my time (nine seasons) as the coach for the Muckers,” head Muckers coach Duffy Otteson said. “We are going to continue to struggle, but I am confident that the kids will continue to play hard, that I know for sure. They are good group of young men that I know will never give up.”