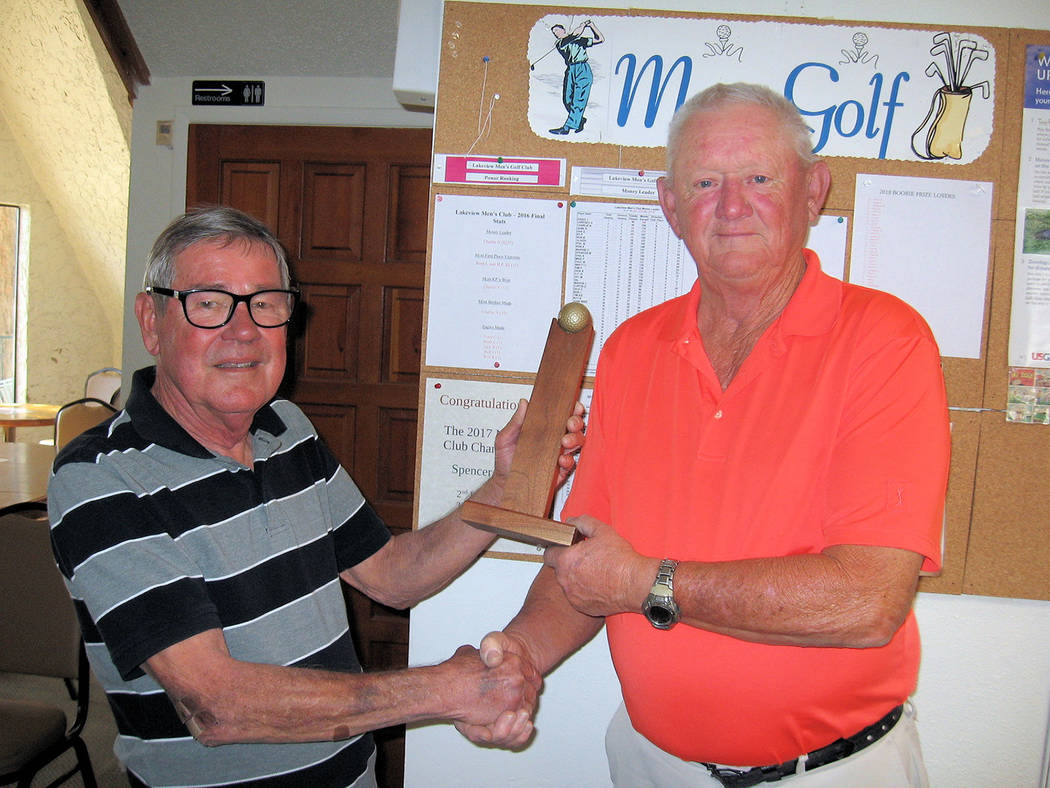 The Lakeview 2018 Men’s Club Championship was held on Nov. 1 and Nov. 8 at the Lakeview Executive Golf Course.

Ron Becker won the championship with a final round of 50 (-9) for a total score of 103 (-15), four strokes ahead of runner-up Pat Pinkella. Thirty-one players participated in the tournament.

At the awards presentation, Becker said “I’ve always had a good long game, but I’m a very poor chipper and putter. In this championship, it all came together.”

Becker was presented with the championship trophy, which he will keep for a year, and prize money.

The feat was witnessed by Terry Dale. It was Mroz’s first hole-in-one.