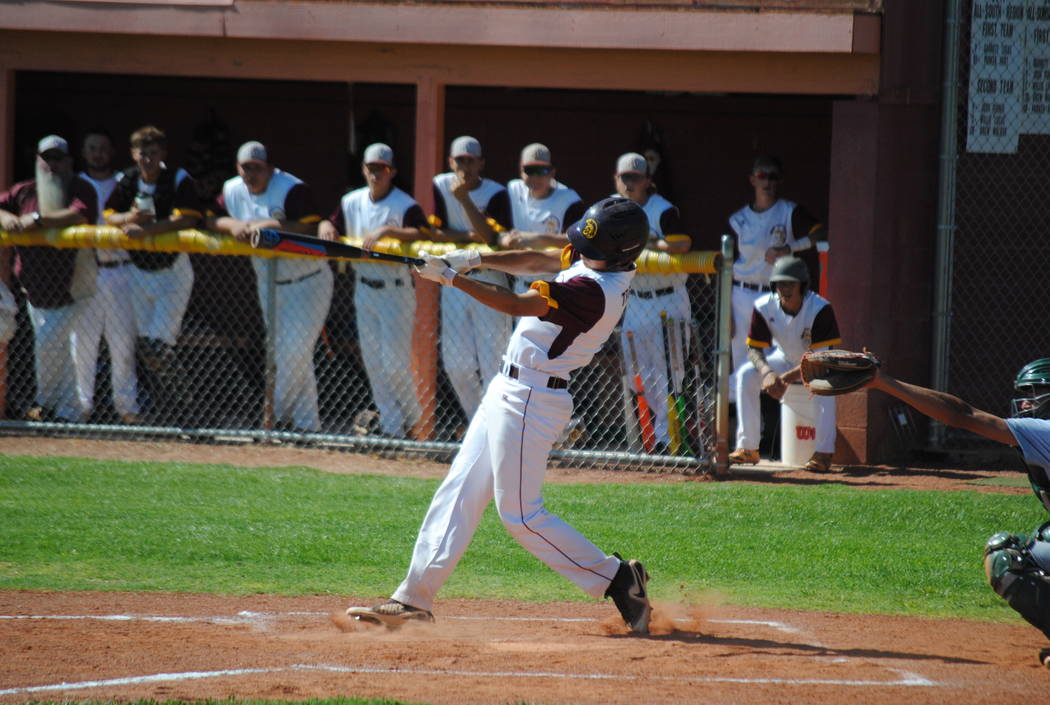 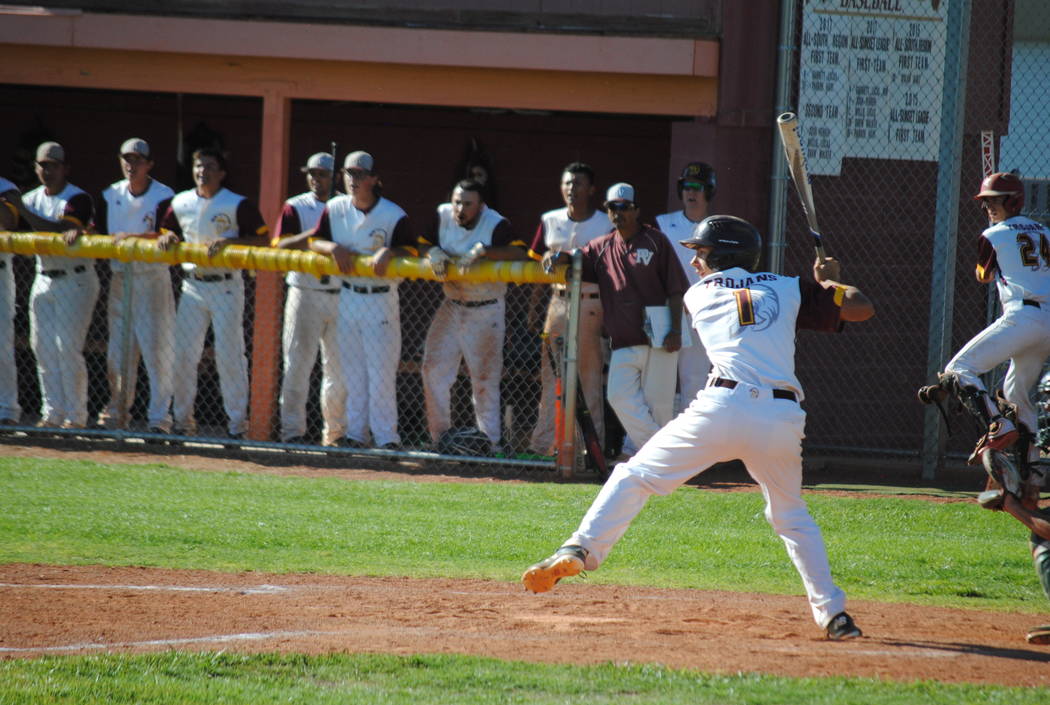 Pahrump Valley and Boulder City are not exactly rivals, as Moapa Valley plays that role for the Eagles. But Boulder City certainly has been the Trojans’ nemesis.

That was evident again in the Class 3A Southern Region Tournament. Two days after the Eagles sent the Trojans into the losers’ bracket by rallying for four runs in the top of the seventh inning in Pahrump, the Eagles handed the Trojans an 8-2 defeat in the region championship game Saturday in Boulder City.

Needing two wins to claim the region crown, the Trojans started well, scoring in the top of the first on an RBI single by Garrett Lucas. But Eagles coach Eddie McCann had a quick hook, pulling starter Chaseton Wagstaff after four batters and bringing in freshman Joey Giunta. Giunta ended the threat and pitched through the fifth inning.

The only run off of Giunta was a solo home run from Dylan Grossell in the fifth.

“We pitched Joey, and he pitched well, but we’re kind of giving up too many freebies,” Pahrump Valley coach Brian Hayes said. “They scored runs off of walks, we misplayed a couple of balls. I think maybe four or five of their runs were off of freebies.

“We’ve been putting ourselves in a hole, and if we can take care of that it would be a lot easier for these guys.”

Boulder City made three errors to Pahrump Valley’s two, but Hayes was bothered by other types of mistakes in the field, at the plate, on the mound and on the basepaths.

“They did the little things better than we did, and that’s why they beat us 8-2,” he said.

Boulder City (21-11-1) beating Pahrump Valley (19-15-1) on the baseball field is nothing new. Since Hayes took over, the Trojans are 0-9-1 against the Eagles, including a 19-3 loss in an elimination game in last year’s region tournament at Tech and an 0-3-1 mark this season. The lone bright spot was an 11-11 tie April 3 in Pahrump, and the Trojans needed to score seven runs in the bottom of the seventh to forge the tie.

That track record didn’t stop Pahrump Valley players from talking during the game, and it bothered their coach.

“Our guys have been getting a bit chirpy, and to be honest, we have no grounds for chirpy,” Hayes said. “I’ve been coaching here since 2013, and I don’t think we’ve beaten them once. I hear their kids talking, and I agree with them. And I don’t want to agree with them.

“I coached out in Beatty for seven years, and Alamo was like that. I remember the first time Beatty beat them. Their parents were cussing at us, yelling at us. It was, ‘How could you lose to Beatty?’ It just kind of turned the entire program around, and that’s kind of what we were looking for today.

“I couldn’t care less about winning two, but I was hoping to at least get one so we could get that confidence going.”

The Trojans gained some confidence Friday night when they rallied from a 7-0 fifth-inning deficit to post a wild 9-7 win over Virgin Valley in the losers’ bracket final. But that feeling might have been dulled by the late bus ride home to Pahrump and an early-morning trip back to Boulder City.

“I think it probably affected us a little bit,” Hayes acknowledged.

But that comeback win Friday night guaranteed a berth in the Class 3A state championships for the Trojans regardless of Saturday’s outcome.

Of course, they might see the Eagles again there, but the Trojans will open play at 4 p.m. Thursday against Elko at McQueen High School in Reno.