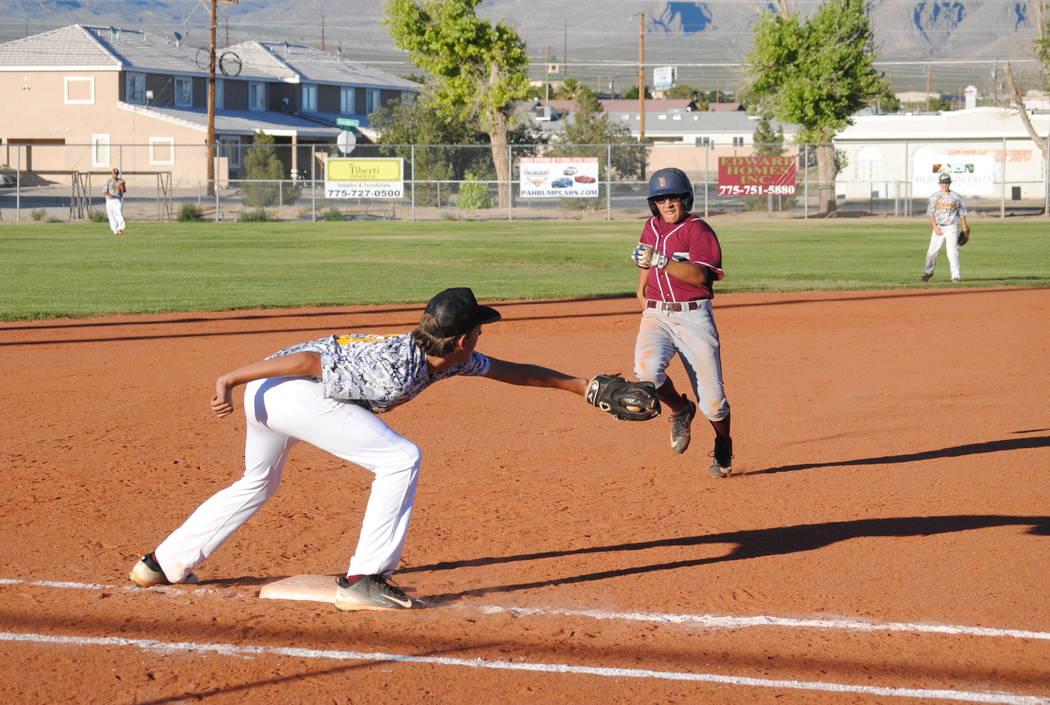 Charlotte Uyeno/Pahrump Valley Times Third baseman Dylan Keller gets the out at third base on May 20 at Ian Deutch Park in the 14U Connie Mack season opener. 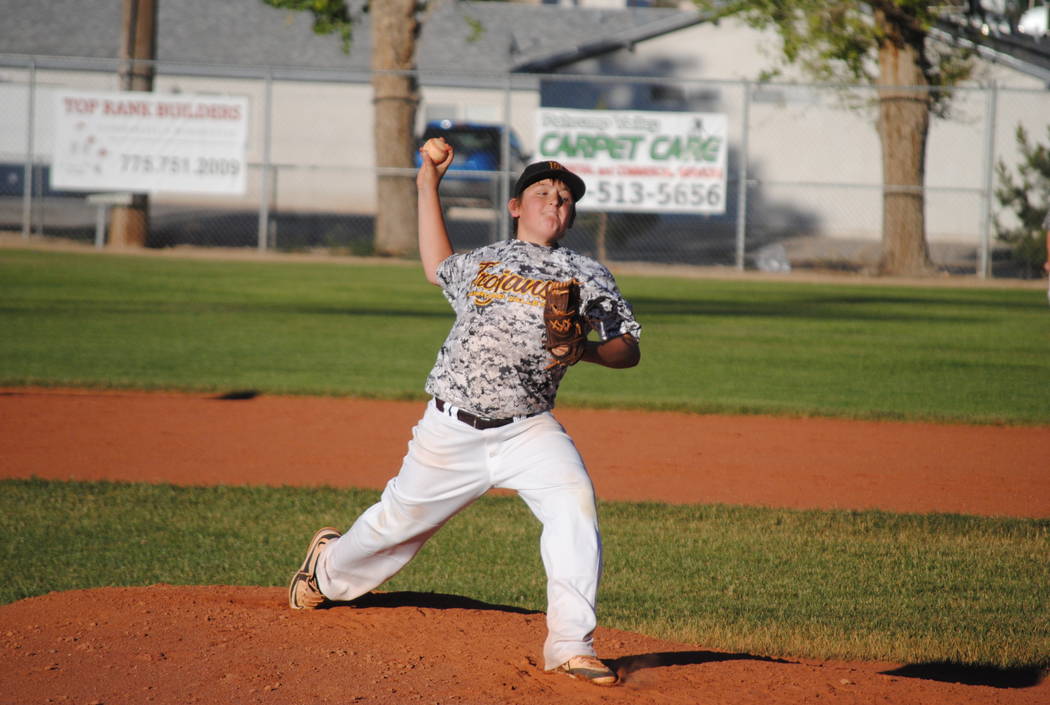 Charlotte Uyeno/ Pahrump Valley Times Jake Riding pitches the first game at home against the Las Vegas Spartans on May 20. The Trojans have 22 games this summer, 15 of which are at home.

The Pahrump Trojans 14 and under Connie Mack team came close to winning its first game against the GV Elite team from Las Vegas on Monday, losing 8-7.

“Ryan Braithwaite had an outstanding outing on the bump,” the coach said. “Through errors, Green Valley fought back and took a 7-5 lead into the top of the sixth. With two outs in the sixth, Jake Riding had a huge two-out single to score two to tie the game. Green Valley ended up scoring in the bottom of the sixth to win it.”

The valley has two Connie Mack teams, a 16U team and the 14U team.

In Pahrump, Connie Mack summer baseball is now in its third year. It debuted in the summer of 2015, replacing American Legion baseball.

Trojans Coach Brian Hayes switched the team over to Connie Mack mainly because of the scheduling. He said American Legion was not giving Pahrump hardly any home games and his team spent too much time on the road.

Middleton said this season the team has 15 home games out of a 22-game season.

Middleton’s team is 0-6 now but he is not too worried.

“We are getting better with every game,” he said. “We have a young team made up of only five eighth graders and the rest are sixth and seventh graders. We lost to Palo Verde last week 12-1, but it was a 1-1 game through three innings and a 4-1 game through five innings. We just made some mental errors at the end.”

“We are rock solid in the pitching department with kids like Angel Rodriquez, Jake Riding, Ryan Braithwaite, Coby Tillery and Sterling Oshiro.”

“I can tell these kids really have a love for baseball,” Middleton said. “I played for the Trojans and graduated in 2014. There were some kids that came up from Little League with me, but there were very few that I felt really loved baseball. I want to help my hometown get a state title. I feel by making and preparing the young kids to play high school ball we will get that state win.”

The 14U team hosts the Las Vegas Chargers on June 13 for a doubleheader, starting at 6 p.m. at Ian Deutch Park.