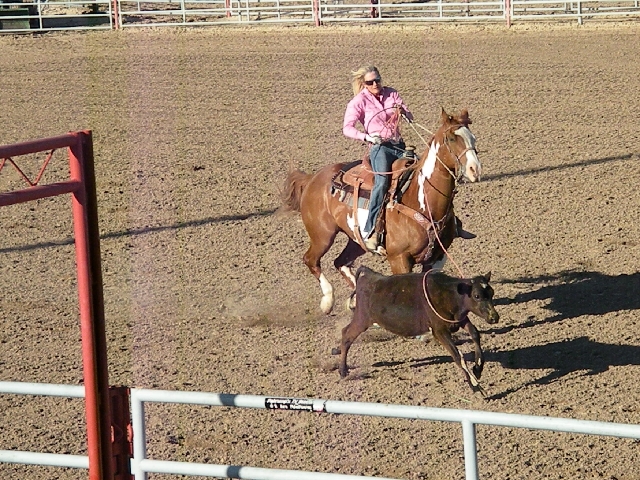 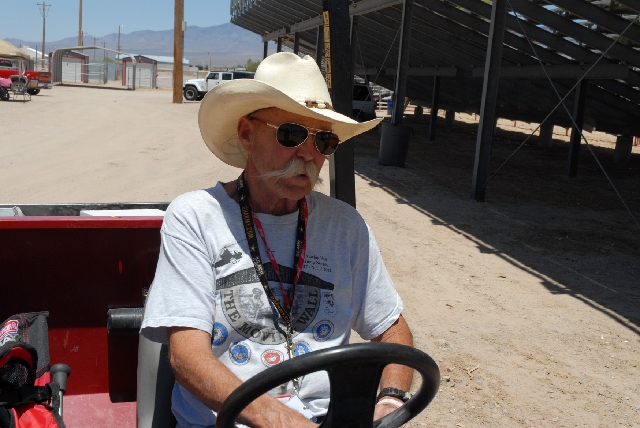 The WPRA Rodeo was in town on Saturday and organizer Ken Pyle says it was a success, despite what he called minor setbacks.

Ken says he had many hurdles he had to jump through to get the rodeo going.

“We are still tallying donations to our cause after the fact,” Ken said. “The girls did a fantastic job on that grand entry and they did it after getting a call for help from us. Patrick Van Engan did a a dynamite job with the girls and the flags. Everything went off well.”

Ken was satisfied with the end result and had no regrets for starting the process.

“It’s no secret this was the first time I had done a complete rodeo from A to Z. I am going to pick the date next time. WPRA told me what weekend I had. I am telling them now, next year I am doing it on a Friday night and Saturday show and we will start a lot later. We will start when the sun goes down, when it is cool.”

The WPRA took the blame before the rodeo even started. They knew it would be a long- shot if WPRA riders showed up for the event just because of the scheduling. Roping Director Patti McCutchen went on the record and said there were just too many WPRA events scheduled for this time of year.

The association had events in Las Vegas and Reno. Also there was a large fire in Colorado Springs, the home of the WPRA, which prevented some members from coming.

Organizers were still happy with the results.

“People who cooked the food did a great job,” Ken said. “As far as I am concerned all the bills are paid, and I said going in, if I still have money for a coke and a hamburger when all is done, then the first time out we done good. We had a lot of compliments and I wish the stands were full, but there were a lot of hurdles to get over from what had happened here in the past.”

The stands had about 200 people. The heat was also a big factor. Ken started the rodeo an hour and half late so it could cool down a bit. The fans that did show up though were really not complaining and the cowgirls that showed up for the open invitational were thrilled to be there.

Local contestant and cowgirl Dusty Simmers said she had nothing bad to say about the experience.

“The rodeo was good. They have a lot of potential for an awesome annual rodeo. We just need to plan it on a better date and advertise it a lot more. Other than that it was good. They had different little acts in there so people could see different things,” she said.

There were about five entries in each event. The rodeo did breakaway team roping and barrel racing. Ken said because of all the other rodeos he did not think he had a WPRA cowgirl in any of the events.

After the main competition, the rodeo had mixed ropers, 40 teams showed up for that. They roped well past 11 p.m.

The major disappointment came on Sunday afternoon when they had to cancel the second rodeo and refund the money.

“On Sunday, the rodeo was canceled due to lack of entries. Sunday being Father’s Day was an ‘oops’. There were also some girls from California that said it was just too darn hot to run their horses. We had an early barrel run, and we were still going to run the rodeo, but it got hot and we called it because of the heat.”

Despite the negatives, Ken said it can only get better and concluded by saying, “I have been around rodeos the majority of my life and I got into some areas of it that just made me say, ‘Oh my God.’ It was all good. Everyone had a good time and nobody got hurt. Everyone that did come out for it said it was well put together. People are going to gripe about different things, but I have not had anyone say anything derogatory other than it was hot.”