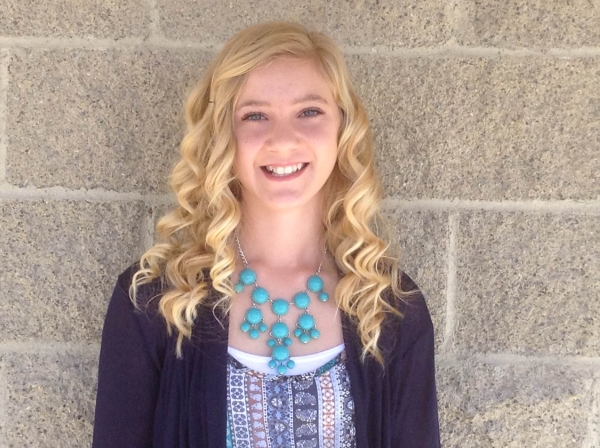 Sometimes in sports, a person just needs to hear a word of encouragement to get them going in a sport. It could come from an athlete you admire, a parent or even a coach, but in this case it came from all three.

Terrena Martin is an eighth grade student at Rosemary Clarke Middle school, who up until middle school had little interest in sports. Last year she found softball and then cross-country this year.

“I study a lot,” Martin said. “School is my number one priority. But then I also love playing and practicing softball …”

“I have enjoyed running ever since I was little,” she said. “It has always come natural to me and it helps me to clear my mind and gives a sense of freedom.”

Her mother, Debbie Martin, said sports was just a natural progression for her daughter.

“She loves to stay busy and would rather be running around the house so it was natural for her to take on track and softball,” the mother said. “Last year she started playing softball for the first year and then played on a traveling all-star team. Her coaches said she had a natural ability to play. She just started running long distance this year.”

Debbie Martin said her daughter heard Bryce Odegard (lead runner for the Trojans cross-country team) recruiting runners and that sparked an interest. She said her daughter looks up to him and other runners on the team.

“As far as cross-country goes, there are some great runners on the high school team that I look up to as role models,” the young runner said.

“Odegard told my daughter to come out and try it and really that’s all it took,” Debbie Martin said. “And the coach was really open to my daughter coming to practice.”

Terrena Martin finished 16th (17:42 on a 2.1-mile course) out of 52 runners her first time out and now has an invitation to continue running with the Trojans next season.

Terrena Martin knows she is just one runner, but hopes others read this and join her on the Trojans team next year.

“I plan on joining the cross-country team next year and look forward to running with the team soon,” Terrena Martin said. “I then plan on conditioning for softball and plan on another great season.”