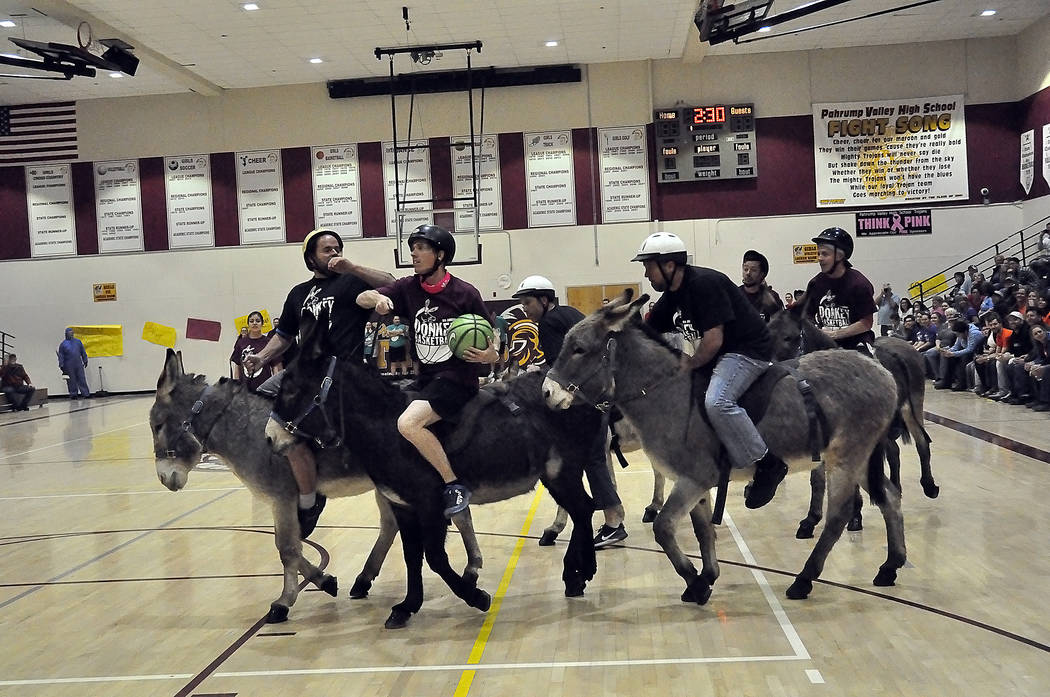 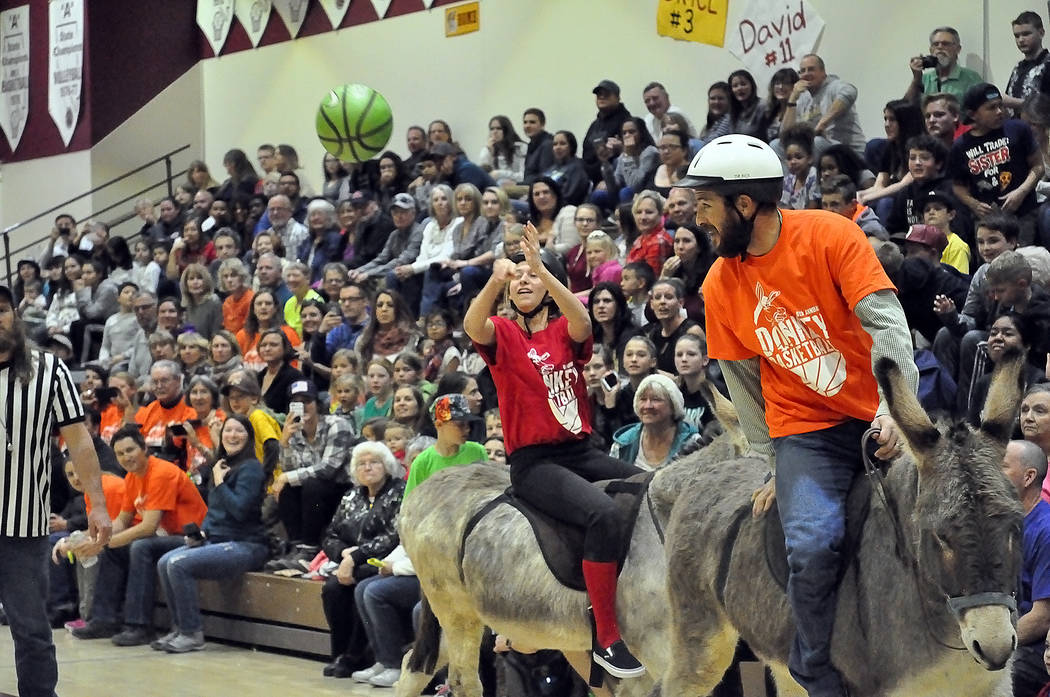 Horace Langford Jr./Pahrump Valley Times Sometimes an outside shot is the only shot a donkey will allow a player to have, as players for eight teams learned March 2 during the annual donkey basketball fundraiser at Pahrump Valley High School. 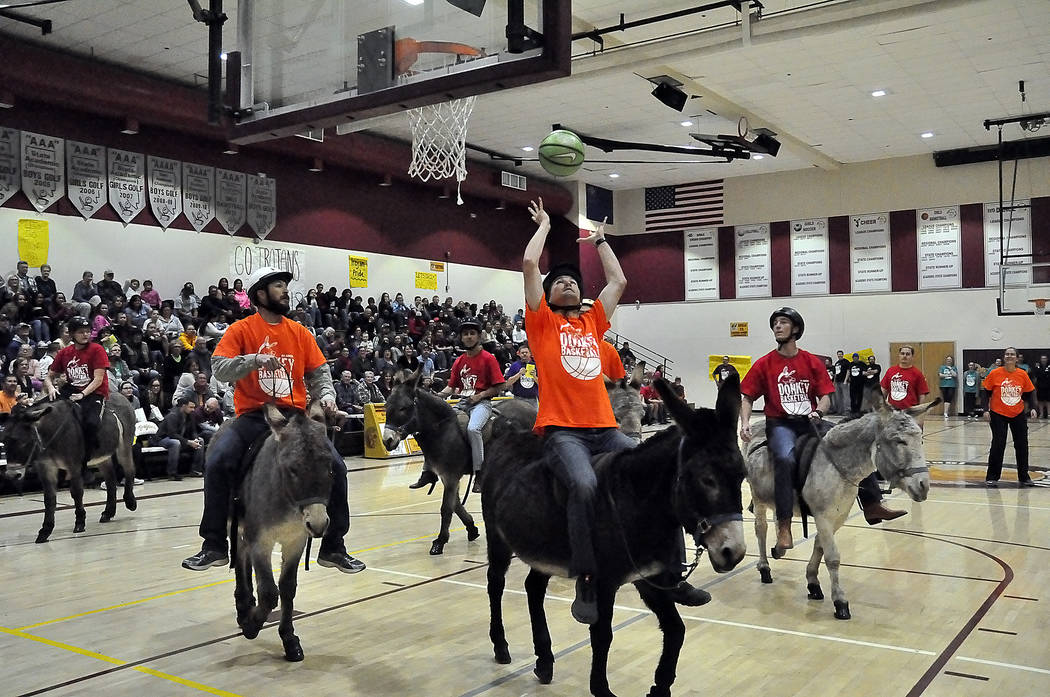 The annual Donkey Basketball game sponsored by Rosemary Clarke Middle School and Pahrump Valley High School was a success, according to Nancy Berry, the tournament coordinator.

“We had approximately 700 people there, including the players from eight teams,” Berry said. “After some generous donations and ticket sales, we raised $1,500 each for RCMS and PVHS.”

Donkey Sports Inc., of Entiat, Washington, provided the donkeys and the officials for the event, which was held March 2 at Pahrump Valley High School.

The local business team “It’s on like Donkey Kong” defeated the Death Valley team to win the tournament for the third year in a row.

The funds raised for RCMS go toward reward and incentive programs to encourage good attendance, grades and behavior.