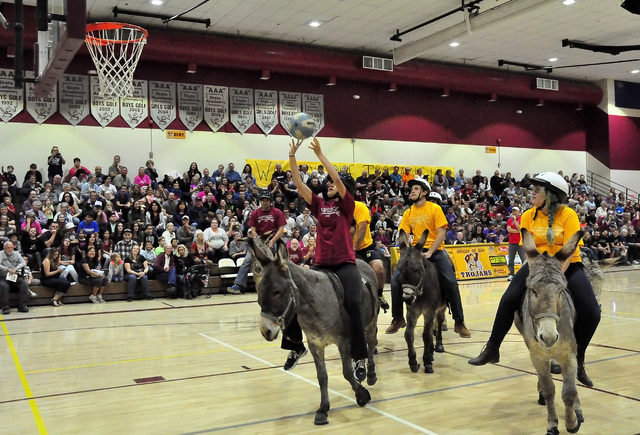 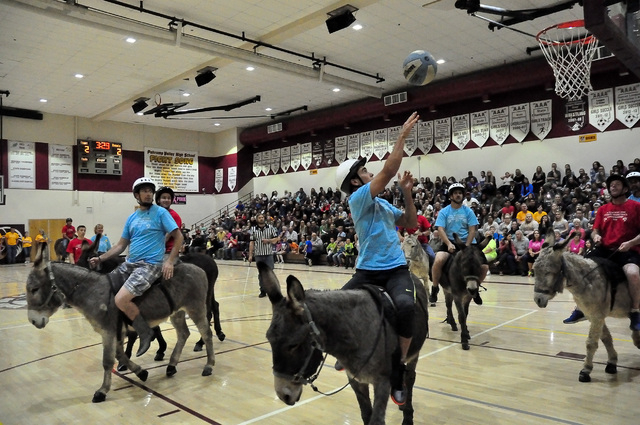 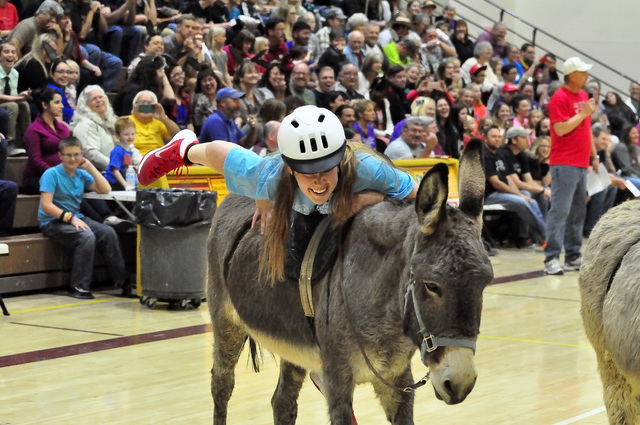 The Pahrump community business team got their ‘asses’ moving and won the donkey basketball tournament for the first time last Friday night.

Donkey basketball continues to draw the crowds and this year was no different.

The fundraiser drew around 700 people and made $2,557 in profit for Rosemary Clarke Middle School and Pahrump Valley High School.

The business team came close to winning the tournament before in 2013 and again in 2014. This was the first time they put all the pieces together. This year’s team consisted of the following people and businesses:

The successful fundraiser was started two years ago by Rosemary Clarke Middle School Principal, Tim Wombaker, to raise money for a special fund for his students that pays for incentives and rewards for those who do well with grades, testing and attendance.

During the school year, students have an opportunity to earn bikes or win a trip to the Nugget Bowling Alley or Treasure RV, to name a few. The money is also split with the high school, who uses the money to bolster its programs.