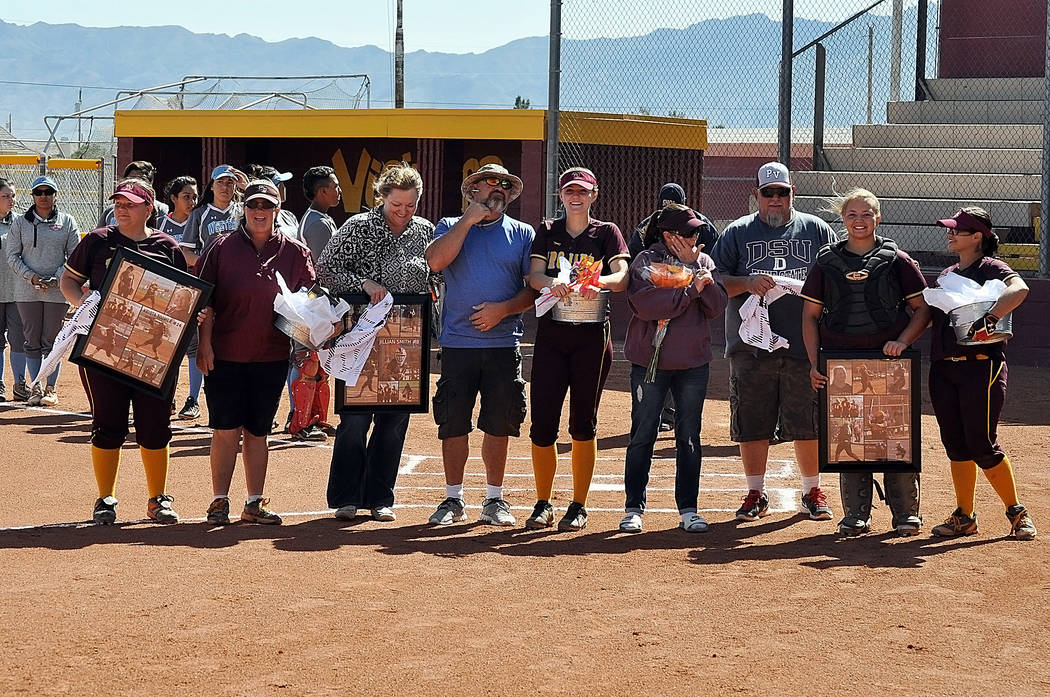 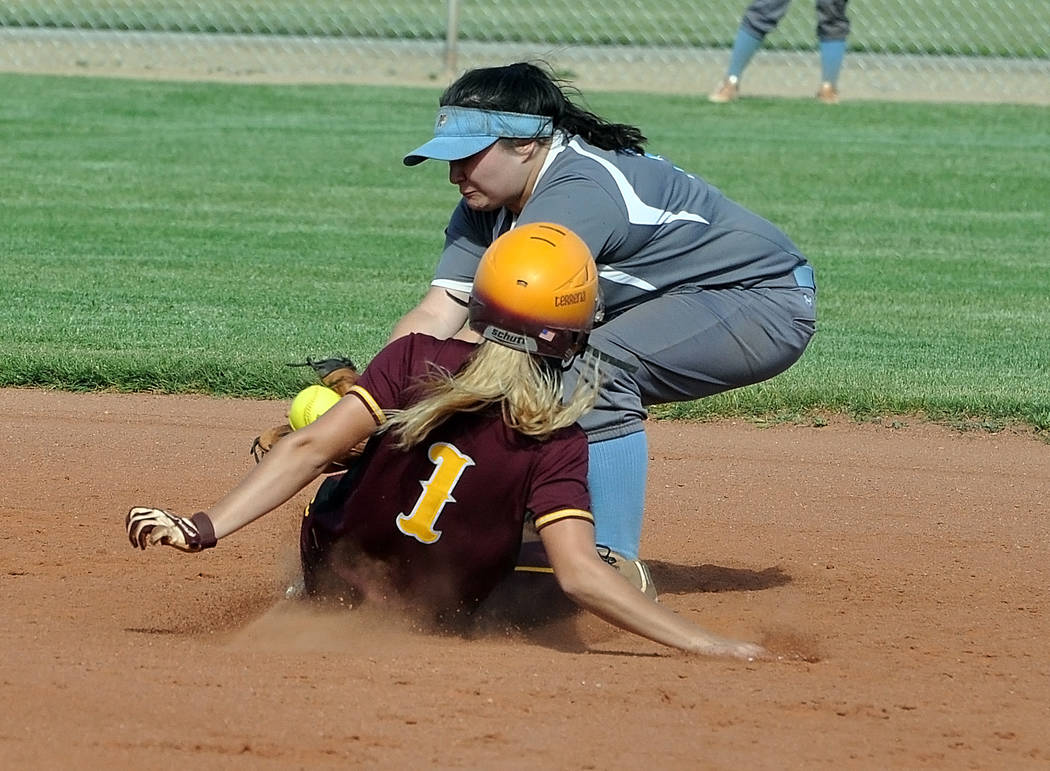 Horace Langford Jr./Pahrump Valley Times Terrena Martin is seen sliding into second base against Western. The Trojans scored 22 runs against the Warriors and the game ended in the fifth inning due to the 10-run mercy rule. 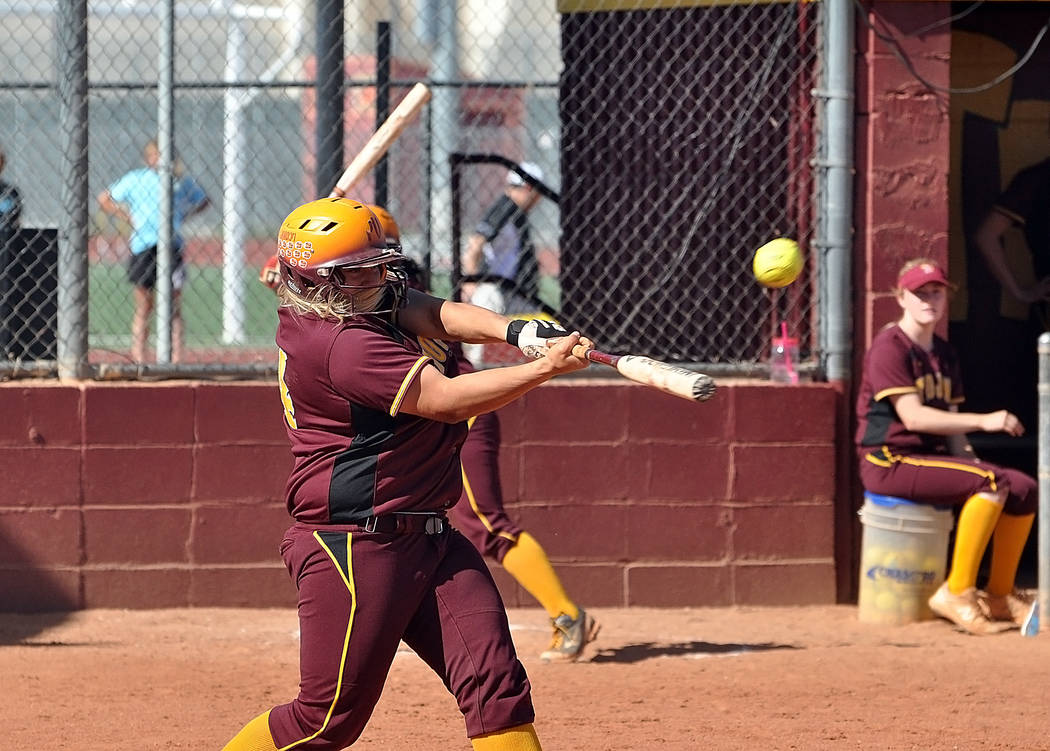 Horace Langford Jr./Pahrump Valley Times Jordan Egan hits one of two home runs that went sailing over the left field fence on Friday. The first one was a three-run home run that got the Trojans started their 22-run game.

Friday’s game ended in five innings due to the 10-run mercy rule. Krista Toomer got the win and pitched all five innings.

Egan got Pahrump (19-7 overall, 8-0 Sunset League) started with a three-run home run in the first inning.

“I really didn’t see Western treat Jordan any different,” Trojans coach Eli Armendariz said. “Egan just needs to work on not pulling the ball or popping it up. They were just trying to get the ball over the plate. I think the wind helped carry the balls out of the park.”

“We were in control the whole time,” the coach said.

Pahrump Valley remains one game ahead of Mojave and is undefeated in league.

Mojave (12-3, 7-1) is a big game for Pahrump on Thursday. Pahrump hosts the Rattlers and will be playing for the number one seed. Armendariz said he hopes his best team shows up to play. His team beat the Rattlers 23-4 the last time they played, but is afraid of his team playing like they did against Cheyenne, where Cheyenne scored 10 runs against Pahrump.

“Mojave’s pitcher can get it over the plate and is decent,” he said. “That team beat up on everyone but us. We just need to get going quick. I want to probably start Krista Toomer for she has been working out well.”

If the Trojans beat Mojave, then they will have the number one seed and host the first playoff game on May 9 against the number four Sunrise team.