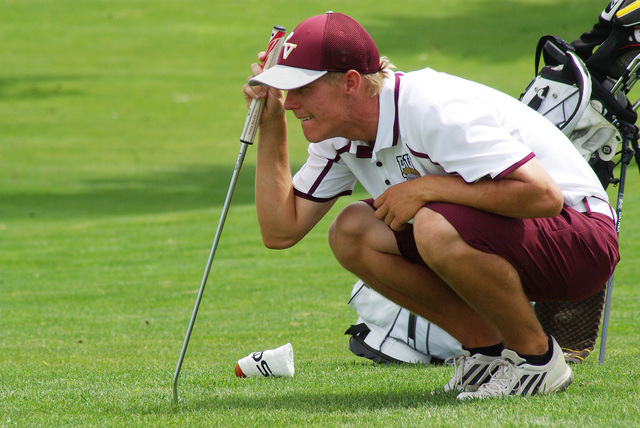 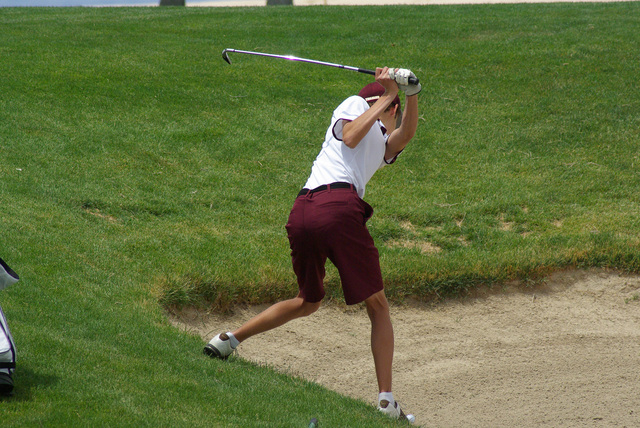 Faith Lutheran won the golf state championship with a combined score of 781 for the team title. Lowry came in a close second with a 787.

At the close of the day, both teams were neck and neck but as they finished the 17th hole the daylight had faded away and a decision was made to count just 17 holes.

The Tournament Director for the Nevada Interscholastic Activities Association, Larry Goins, said that tournaments like this one always battle the light. He said all the teams had completed 18 holes but one golfer.

“Everybody completed the 18 but Luke Logan of Boulder City. In Fairness to everyone, we counted only 17 holes. This didn’t change the results. Lowry still lost. The only difference was with 17 holes Lowry lost by 7 strokes and with 18 they would have lost by 5,” Goins explained.

He said this was the most viable option the NIAA had. The other alternative was to spend an extra night and play the 18th hole on the following morning. He said the coaches all voted for counting the 17 holes played.

Faith Lutheran’s Charlie Magruder played near-perfect golf to take the individual state title. He sunk two birdies to come from behind to win it. He finished with a 143 and Logan finished with a 149 for second. Ethan Gray of Lowry was in third with a 152.

The Trojans were hoping to do better than 5th place. Trojans Coach Bob Hopkins said at the beginning of the day that his team needed to play better. His mantra was “better putting will win the day.”

The Trojans top three golfers seemed to be up for a better day with Austen Ancell sinking his putts for a par on the second hole, but Derek Moore seemed to be in trouble from the start with a bogey on the first two holes. Ancell finished as the best golfer for Pahrump with a 161 and was 12th overall, Kyle Steib had a 162 and Moore was next with a 173. Kelby Lindberg followed with a 197 and Brandon Hastings finished with a 201.

Steib said the putting on the team had to improve especially if they wanted to make their coach happy.

“While golfing you can hit the ball horribly all day, but if he watches you make putts he will be the happiest coach on Earth. He is all about the putting. Yesterday I hit the ball fine but had 36 putts and that’s two a hole, which is horrible,” Steib said.

Moore’s goal was to shoot in the 70’s for the second day.

“My goal is to shoot in the 70’s today. I need to hit my irons and driver straighter and I need to play the par 5s better,” he said.

Of course the Trojans were not able to do much better the second day. Moore will just have to wait until next year.

Pahrump as a team finished in 5th place for the second year in a row. Boulder was 3rd, Elko 4th and Spring Creek came in 6th.

Van Thomas came in 1st place carding a 140. Arbor View Coach, David Fish, said at the beginning of the second day of competition he was not worried about how Thomas would do because he said his golfer was used to competing with these golfers in other tournaments.

“He has beaten many of these golfers in this field and is a very competent golfer. His ball striking is very good and it will come down to making the putts. I feel his confidence is very high,” Fish said.

In Division III Needles took the team title and the individual title went to Chris Young of White Pine.