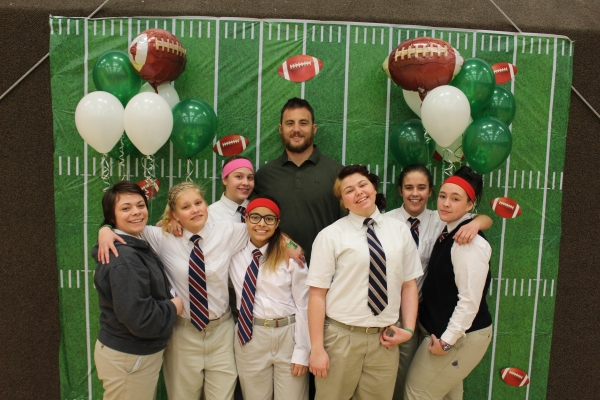 The academy is a private boarding school dedicated to helping at-risk adolescents.

Reilly is a native of San Diego, California and graduated from the University of Utah with a bachelor of arts in economics and finance. This is his third year with the Jets. He is 28 years old and 6 foot 5 and 245 pounds.

Patti Chappuis, the admissions supervisor at the academy, said the visit was highly successful with about fifty people from around the community coming to the presentation.

“The students were all excited and afterwards each of the students had the opportunity to ask questions and personally meet with him and have their photograph with Trevor,” Chappuis said.

She said he told them his story and how he didn’t play for two seasons.

“I heard him say it wasn’t until his third year that he actually got on the field to play during a real game,” Chappuis said. “Point being, he had to learn to be part of a team and put in the hard work and discipline to even be considered. Success traits he outlined were hard work, determination, discipline, some talent (recognize what you are good at or what you like to do) and a little bit of luck.”