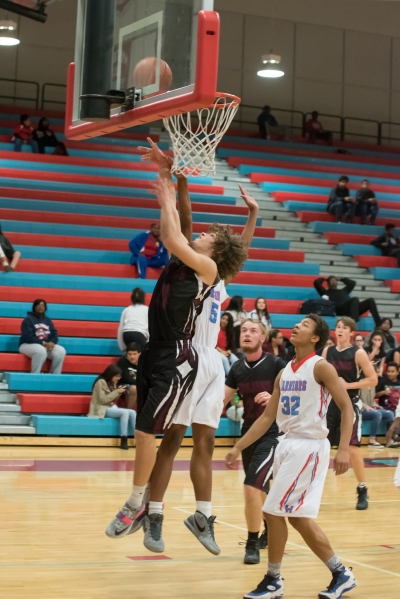 Trojans coach John Toomer said his 7-man team did their best against the Rattlers.

“They pressured us with 15 to our 7 guys which wore us down in the fourth, but once again we worked hard to the finish,” Toomer said.

A bright spot of the three games was that senior Danny Foss scored 86 points during that stretch. He had 33 at Western, 23 at Bonanza and 30 at Mojave.