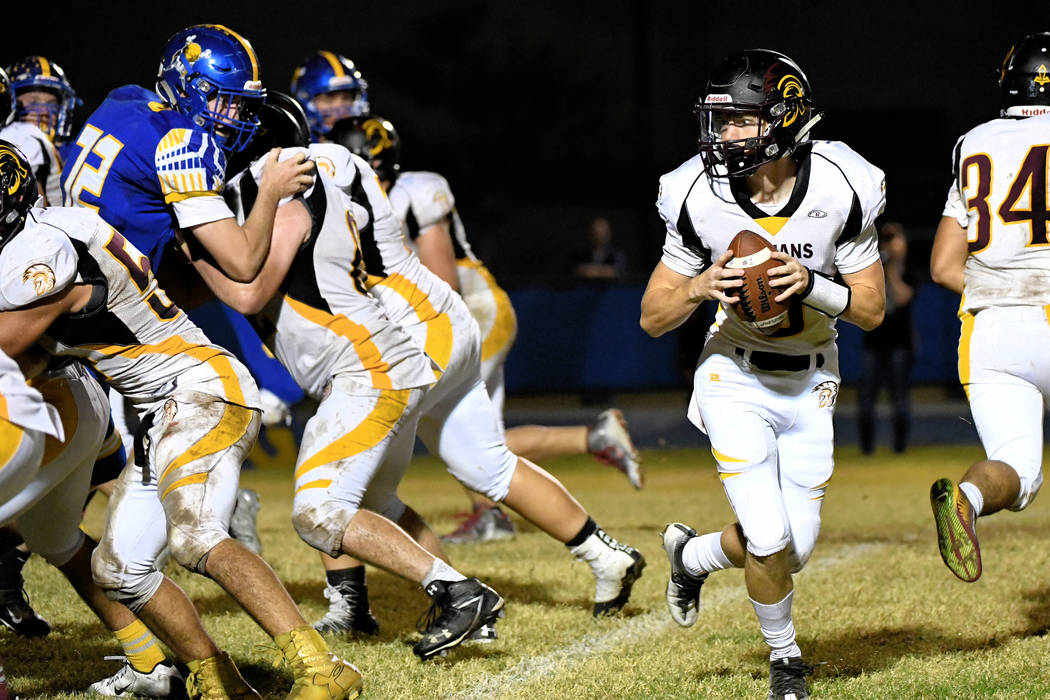 Peter Davis/Special to the Pahrump Valley Times Dylan Coffman drops back to pass in last year’s playoff game against the Moapa Valley Pirates. Coffman will lead the Trojans offense this year. The Trojans have one of the biggest offensive lines in its history and he should be able to pass this year. 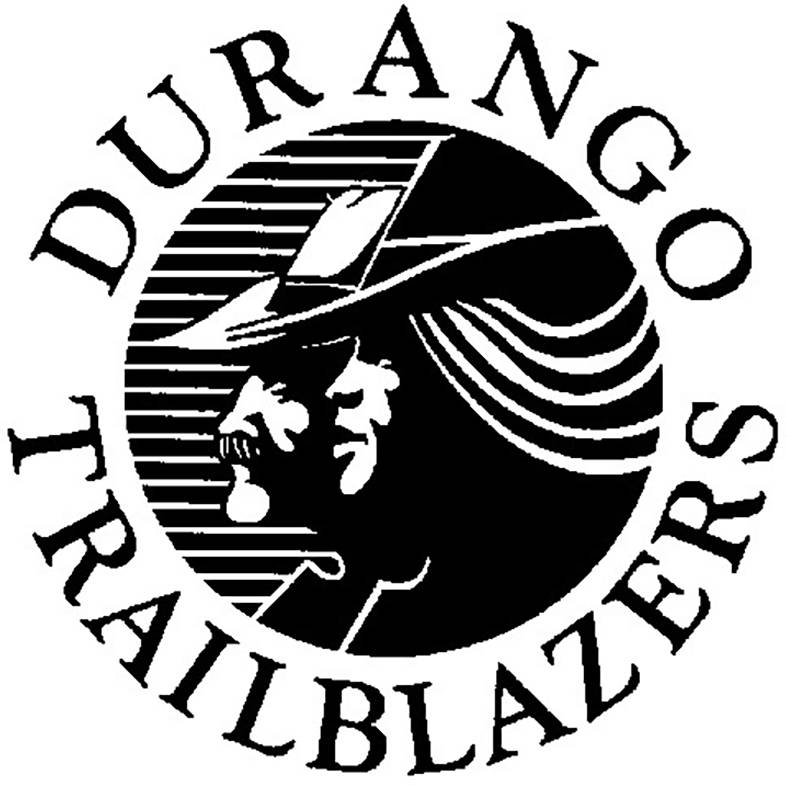 The Pahrump Valley Trojans hope to pick up where they left off last year and continue with their winning ways. Today at 7 p.m. they host the Durango Trailblazers, a Las Vegas team featuring a spread offense.

New QB for the Trojans

The home team will start senior QB Dylan Coffman this year, who was able to get a lot of playing time last year while backing up Parker Hart. Coffman is nimble and not a pocket passer. He can throw on the run and we should see more play action from him, according to Clayton.

Trojans coach Joe Clayton is excited about this year’s team and said it is ready to go.

“We match up well against Durango,” the coach said. “We are extremely excited and ready to go. These boys have put in a tremendous amount of time and work into becoming who they are as a football team. We are ready, go Trojans!”

Clayton said during the summer that this is one of the biggest groups of linemen he has had. He said they are bigger than the 2014 class. The line has several linemen close to or above 300 pounds and are led by senior Jeremy Albertson, senior Morgan White, senior Justin Soliwoda, junior Brandon Bunker, junior Zach Trieb and junior Jacob Landis.

The Trojans will try to run against Durango. They have the usual core of hard-nosed runners, led by junior Nico Velazquez, who was well over 600 yards in that department, returning numerous kickoff returns for TDs. That’s what this team does. But there will be some differences between this year’s team and last year’s team.

Will the Trojans pass?

The Trojans ended their season last year losing to Moapa Valley in the playoffs and some said it was because the team couldn’t pass the ball when they needed to.

This season, expect the Trojans to air the ball out a bit more. Clayton is confident he has a line that not only has the speed for play action but can protect Coffman in the pocket if need be.

Clayton said not much is known about this team and what they can do. Durango has a new first-year coach and they lost 21 seniors last year.

The Trailblazers are in the Class 4A Southwest League and were 6-3 last year, finishing in fifth place in a tough league that is dominated by Bishop Gorman.

They made a habit of knocking off 3A teams last year, beating Del Sol and Boulder City. The question is, do they have the talent to win like they started off last season?

What are the prep sports writers saying?

This sports writer will go against the Las Vegas Sun and say that the Trojans will win by a nice margin of 10 points. The Sun is split and has Durango winning 29-12, and Pahrump winning 21-20.