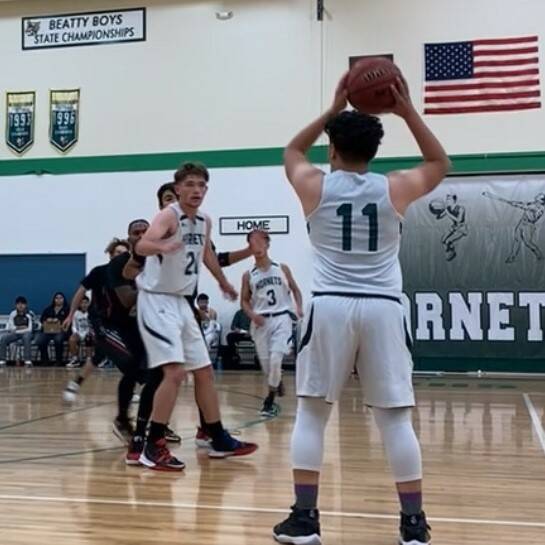 Beatty High School guard Ivan Ayala (11) during their game against the Beaver Dam Diamondbacks on Nov. 30, 2021. Special to the Pahrump Valley Times/ 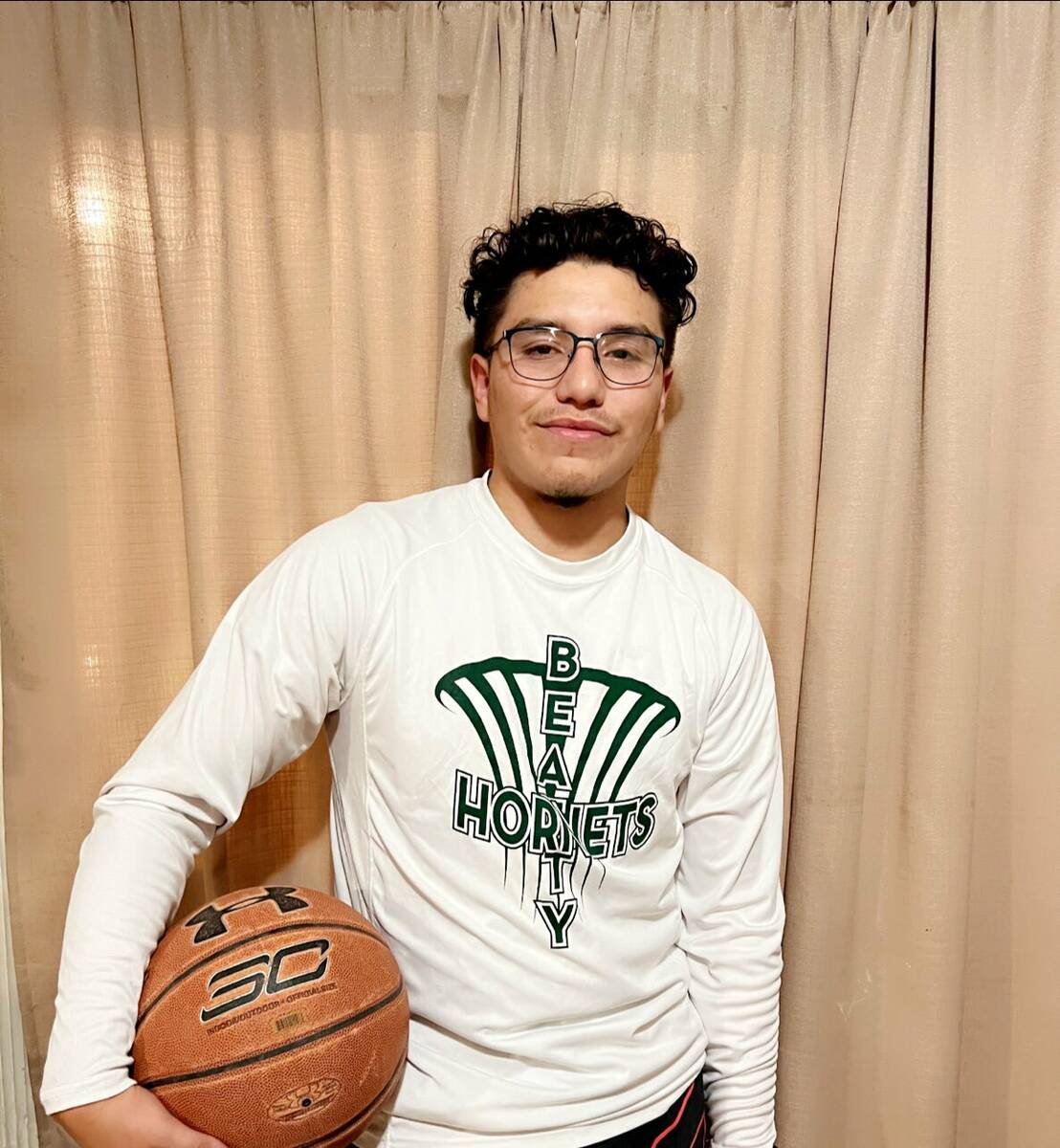 BEATTY — From a major city on the East Coast to a small town on the West Coast, Beatty High School senior Ivan Ayala has experienced two ends of the residential spectrum.

Ayala was born in North Carolina’s capital city of Raleigh. He and his family lived there until he was in kindergarten.

But the change of scenery when he relocated here, wasn’t a major adjustment for Ayala.

“For me, at such a young age, it wasn’t that big of a transition,” Ayala said. “Hearing from my mom, ‘Oh the East is so beautiful,’ I never got to see that because I was crazy young. But, I don’t know, I like it here, it’s pretty cool.”

Since he moved to Beatty, Ayala has enjoyed his time. There isn’t much to do in such a small town, he said, so most of his time outside of school is spent either playing sports or working a part-time job.

Ayala doesn’t really have hobbies, but he said he enjoys cooking and making the occasional dinner for his family. Hisfavorite dish to make — eggs and bacon.

“I really enjoy it. It’s so simple, too,” Ayala said. “It’s just eggs and bacon mixed up, and that’s it. Also a flour tortilla.”

Ayala plays multiple sports throughout the school year. He enjoys soccer, but unfortunately his high school doesn’t have a soccer team.

In the fall, he played football for the Hornets. Going into his senior year, Ivan wasn’t sure if he wanted to play because he hasn’t played since middle school. However, head coach Rusty Anderson and teammate Darren Stephenson convinced him to play.

He was honest about his playing ability — he said he’s “OK” — but he felt like he did well enough for not having played for a few years.

In Beatty, they play eight-man football due to the size of the town and not having enough players for an 11-man football league.

Ayala played linebacker and tight end this year. He said that he liked playing linebacker a lot more because he liked doing the hitting instead of being the one to get hit.

During the winter season, Ayala plays basketball for the Hornets. It’s his second year on the varsity basketball team, after not having a season during his junior year.

He got his basketball start in sixth grade. The first time he touched a basketball was during the first practice of the season.

The first day on the court went as bad as it could have gone for Ivan.

“My first time playing basketball was in practice my sixth grade year and oh man, it was an experience,” Ayala said of his first basketball practice. “I was going through almost not wanting to play because of how bad I was. The whole Mendoza family got me into liking basketball, so that’s the reason why I didn’t quit.”

Beatty head coach Miguel Mendoza was one of the Mendozas who helped Ayala begin to like the game. He helped him get better along the way.

Ayala said that having Mendoza as a coach has been amazing. He’s shown respect to all of the players on the team and he has helped his players, Ayala said, not only on the court, but off the court as well.

One of the things that stuck with Ayala was when coach Mendoza told him to “get out of his own head” and to stop holding himself back.

When Ayala learned he was averaging more than 7 points per game — 7.2 to be exact — he was a little surprised.

“I’m not even gonna lie, I didn’t know I averaged that many points,” he said. “I thought I averaged like 3 or 4. That’s pretty cool that I average more than I thought I did.”

Ayala is looked to as one of the leaders of the Hornets team. He likes being one of the top players on the team and he enjoys being able to help younger players improve.

Following high school, Ayala isn’t positive on what he wants to do. He’s thought about college, but he isn’t completely sure because he doesn’t know what he would major in. He said that he’s going to take some time off from school, get a job to make some money, learn a couple of trades and think about what he would even pursue in college.

The Hornets basketball team currently has a record of 5-1 and went 2-0 during their tournament just before the holiday break.

The team has started holding open gyms to get the team back to playing basketball so that they don’t come out sluggish against Pahranagat Valley when the season resumes on Jan. 7.