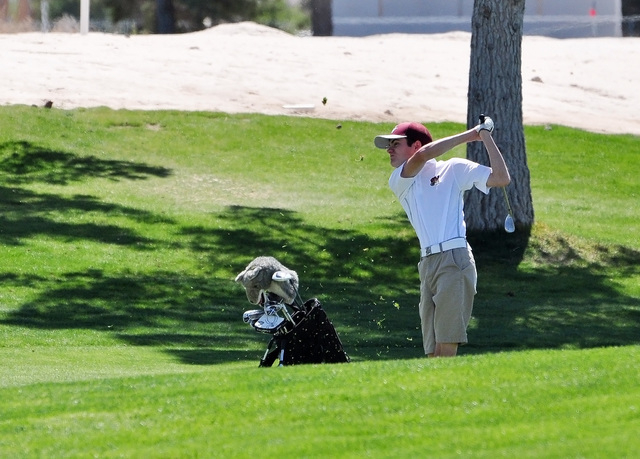 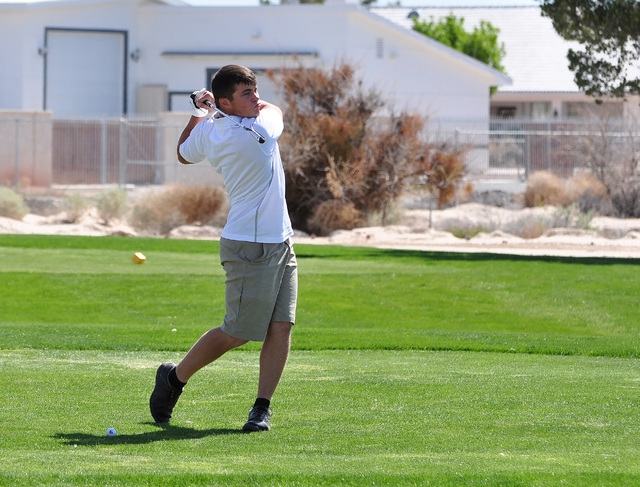 The Crusaders shot a 402 as team, Pahrump Valley shot a 441 and Sierra Vista finished with a 469.

Golf is about a team playing consistently and then getting better each time they play.

For the most part, this year the Trojans have been doing that and when they do falter, another teammate will step up. This week lead golfer Austen Ancell, last year’s individual state golf champion, had a bad day and Derek Moore took the lead.

Moore led the team by carding a 79.

“Derek Moore played his best round of the year,” Trojans coach Robert Hopkins said. “He stayed away from making big numbers. He had no double bogeys.”

According to Hopkins, Ancell’s bad day started on the front nine.

“Austen had one of those days where not too much went right for him,” Hopkins said. “He struggled on the greens, which is probably one of the best parts of his game. When he hit a bad shot he was unable to recover from it. In golf it’s not how good your good shots are, but it’s how good your bad shots are.”

Ancell said everything was wrong.

“I tried to keep everything on the front nine on the fairway,” Ancell said. “Then my putting and chipping wasn’t there either.”

He said he tried to salvage the match on the back nine but it just didn’t happen.

In addition to Moore and Ancell, Cannen Hastings carded an 89, Mike Hildegrand a 91 and Kelby Lindberg a 98.

These scores were enough to keep the Trojans in second place.

The Trojans’ next match is at River Valley on Monday.