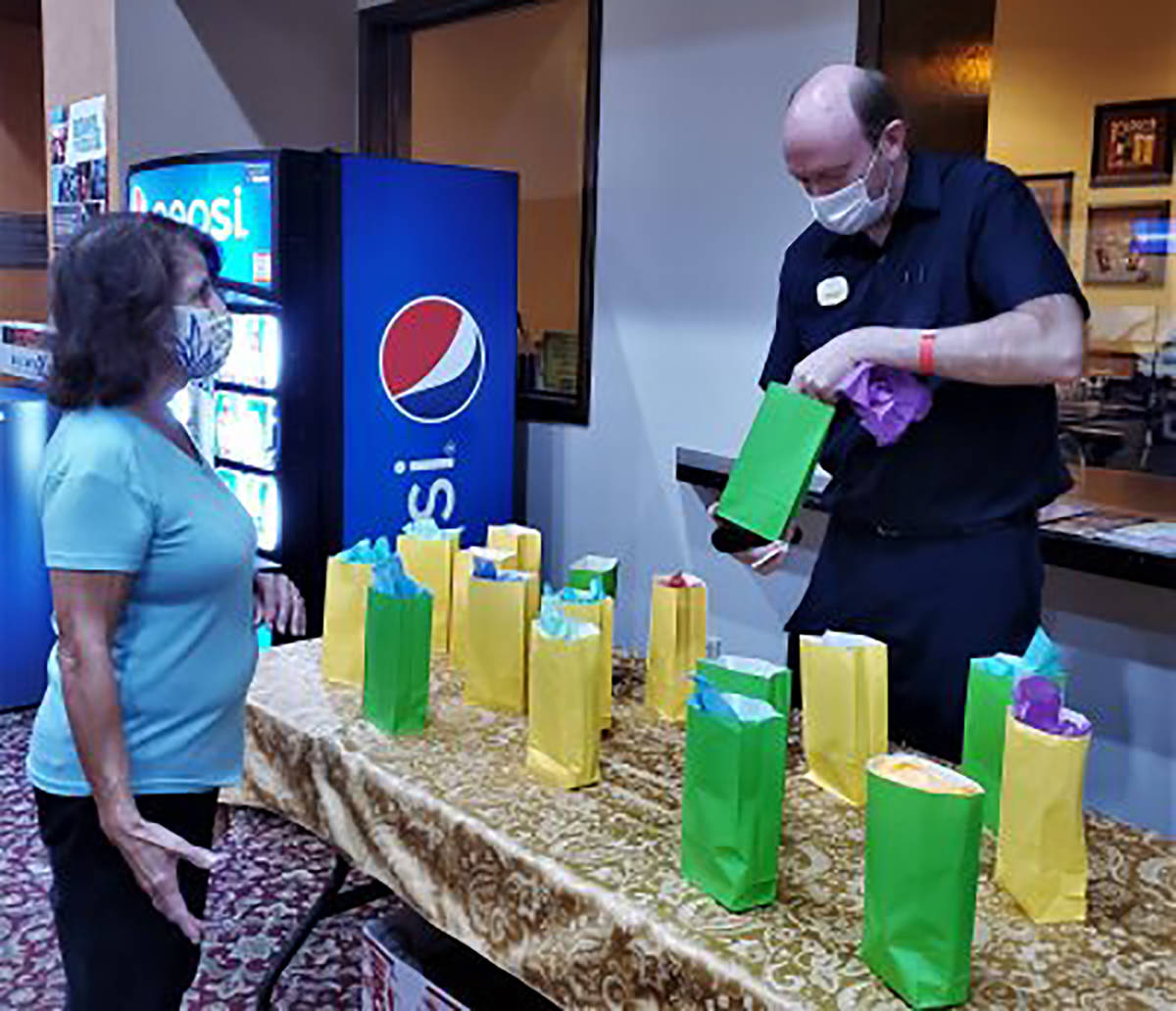 Special to the Pahrump Valley Times Juanita Martinez, left, picks out a grab-bag prize during the Turkey Bowl Tournament on Nov. 26 at the Pahrump Nugget Bowling Center. 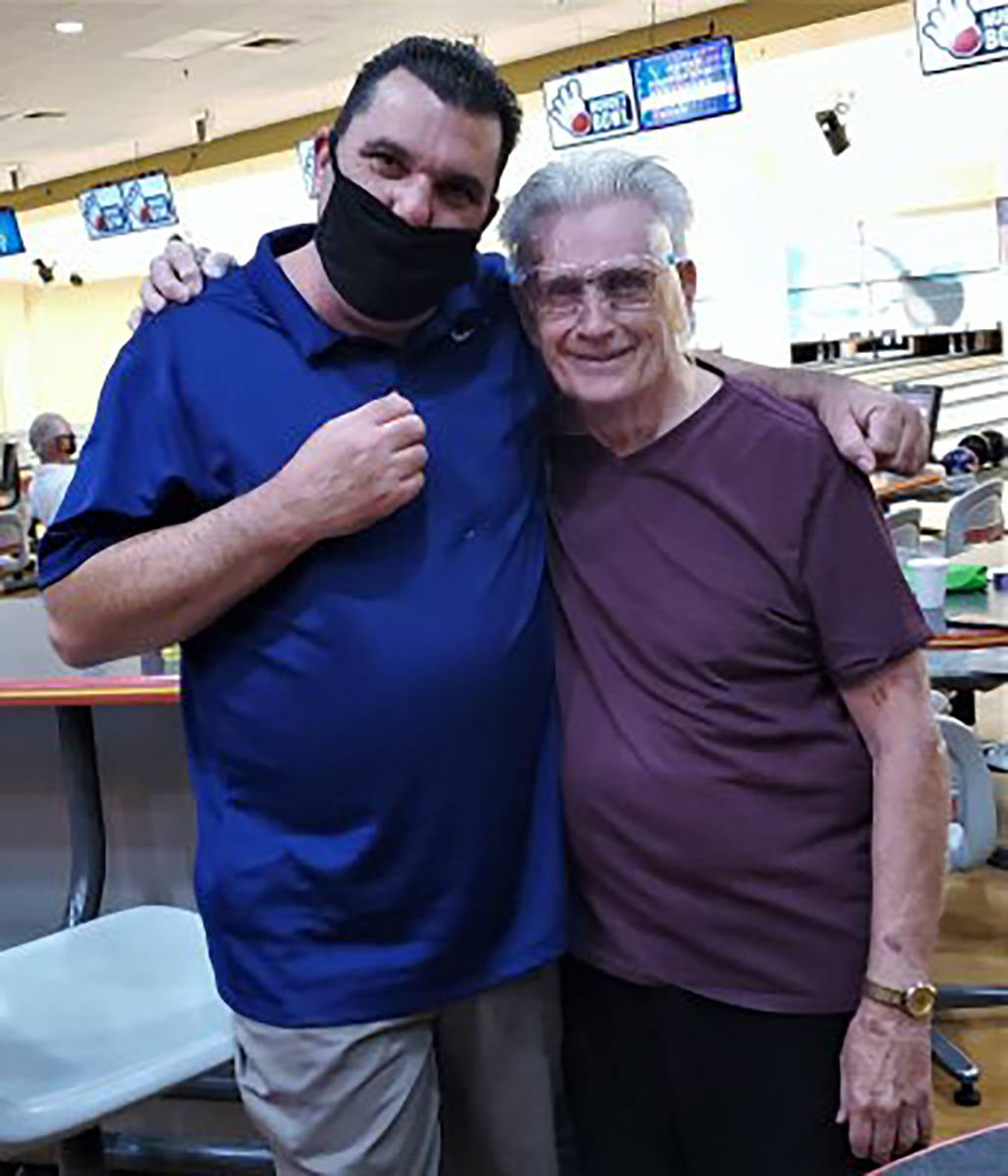 O’Herron won the mystery doubles tournament, getting paired with Gulley for a total of 1,887, easily outdistancing Troy Smith Jr. (827) who drew O’Herron (922) and Gulley, who drew Dianne Poland (767). Twenty bowlers entered the random doubles competition, and the Nugget noted that “it’s up to the entrant if they want to share the winnings.”

Gulley took home $27 for winning the singles, while O’Herron pocketed $24 for the mystery doubles. The top 12 bowlers in singles and the top six in mystery doubles took home prizes that started at $10. The cost per bowler was $10, with $5 for lineage and $5 for the prize fund. The event was limited to 60 bowlers because of capacity restrictions, and the low game of the four was tossed out.

There are other things to win at most bowling tournaments, and the Turkey Bowl was no exception. There was a 50/50 drawing for each of the four games, with Ellen Roesch, Barbara Cornell, Chuck Clark and Marilyn Miller each winning $46. Mike Heldt and Stephen Whitney each won $88.50 in the Strike Pot, while Cornell and Miller won $25 dining comps.

Smith, Rob Lamb, O’Herron and Jeff Huffman were mystery game winners at $34 apiece, while Concha Mendoza, Eric Johnson, Tim Trzcinski and Janet Rogers were the lucky winners of turkey dinners. To win a turkey dinner, a bowler had to get a pink head pin and roll a natural strike. Each bowler who did was able to pick out a random prize grab bag and be entered to win the turkey dinner.

The tournament was nonsanctioned, meaning anyone could enter, and the Pahrump Nugget’s next such tournament will be on New Year’s Eve, starting at 5 p.m. Thursday, Dec. 31, pandemic permitting.