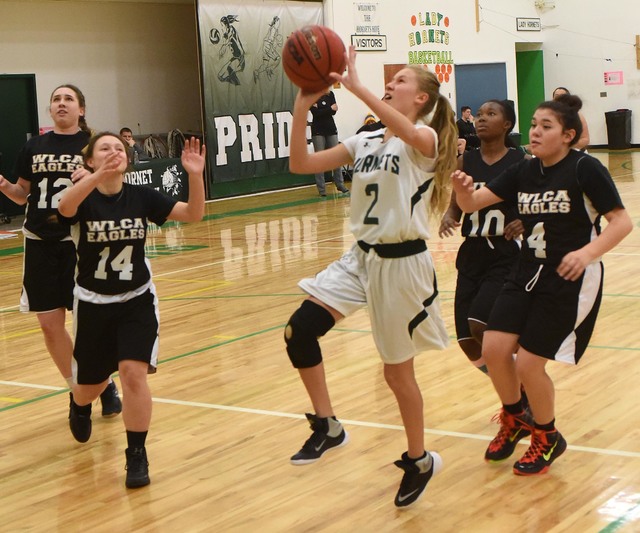 Andrea Leon is seen making a basket against Word of Life on Jan. 24. Against Indian Springs on Tuesday she had 8 points. Richard Stevens / Pahrump Valley Times 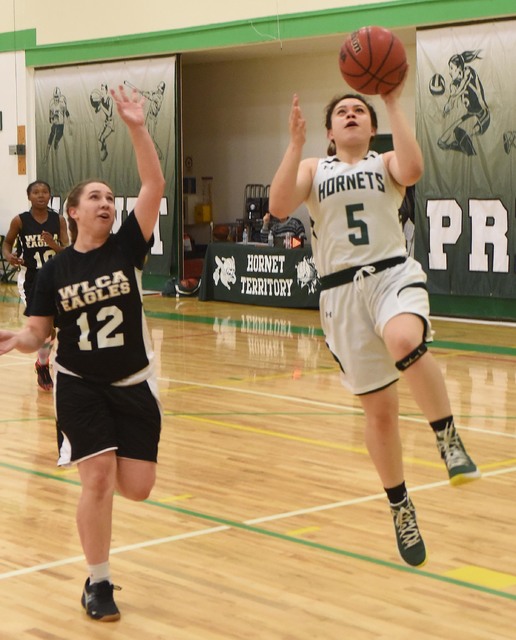 Senior Lexi Gil takes the ball to the basket for a layup against Word of Life on Jan. 24. Gil has played four years against the Panthers without a win and would like to win in her senior year. She led her team on Tuesday in points against Indian Springs with 17. Richard Stevens / Pahrump Valley Times

For Gil, this is a true test and one she wants to pass. Beatty has not beaten the powerhouse Panther in her four years.

“We have always choked,” she said. “I know we could have beaten them. Last year we were behind by one point and then they went ahead, I had a chance to make the winning basket in the final seconds and missed.”

Gil said that game still haunts her today and she wants her revenge. “I want to beat them so badly,” Gil said.

Beatty coach Aimee Senior couldn’t remember if her team has beaten the Panthers.

“I can’t remember and I’ve been doing this for a long time,” she said. “We lost to them at the playoffs last year by two.”

Gil said to win the game, the Hornets will need to keep the Panthers from scoring by playing their best defense possible.

“They don’t have outside shooters like they used to,” Gil said. “I think we should try to beat them down low.”

Senior knows what it takes to beat them and believes her team can do it. If she is going to do it this season, this is the team to do it. This year her team is loaded with experience and seniors. She has four seniors, two juniors and a sophomore.

“Our defense will need to keep them outside, make them shoot from outside,” she said. “We need to get out of our head that it’s Alamo. They are just another team and we can beat them.”

Beatty coach Steve Sullivan feels his team needs to play a full game offensively against the Panthers in order to beat them.

“Again we started off hot and scored 20 points in the first quarter,” Sullivan said. “Then our offense stalled for the rest of the game. We have to eliminate these ups and downs and become a more consistent team if we want to be competitive with teams like Alamo.”

Despite his stalling offense against Indian Springs, he still feels his team can beat Pahranagat Valley.

“We believe we can beat Alamo but we know it will not be easy,” he said. “It is hard to match up with a team that has the height they do and the talent. But we have proven that we can work hard on the court and shut down big guys because we did it against Word of Life. Our offense has to be consistent and put points on the board. We cannot rely on having one quarter and hope that will win the game. Defensively we are going to have to be aware of their 6’9” center, Highbee and their shooter, Maxwell. Also, we need to make sure their offensive possessions are one-and-dones.”