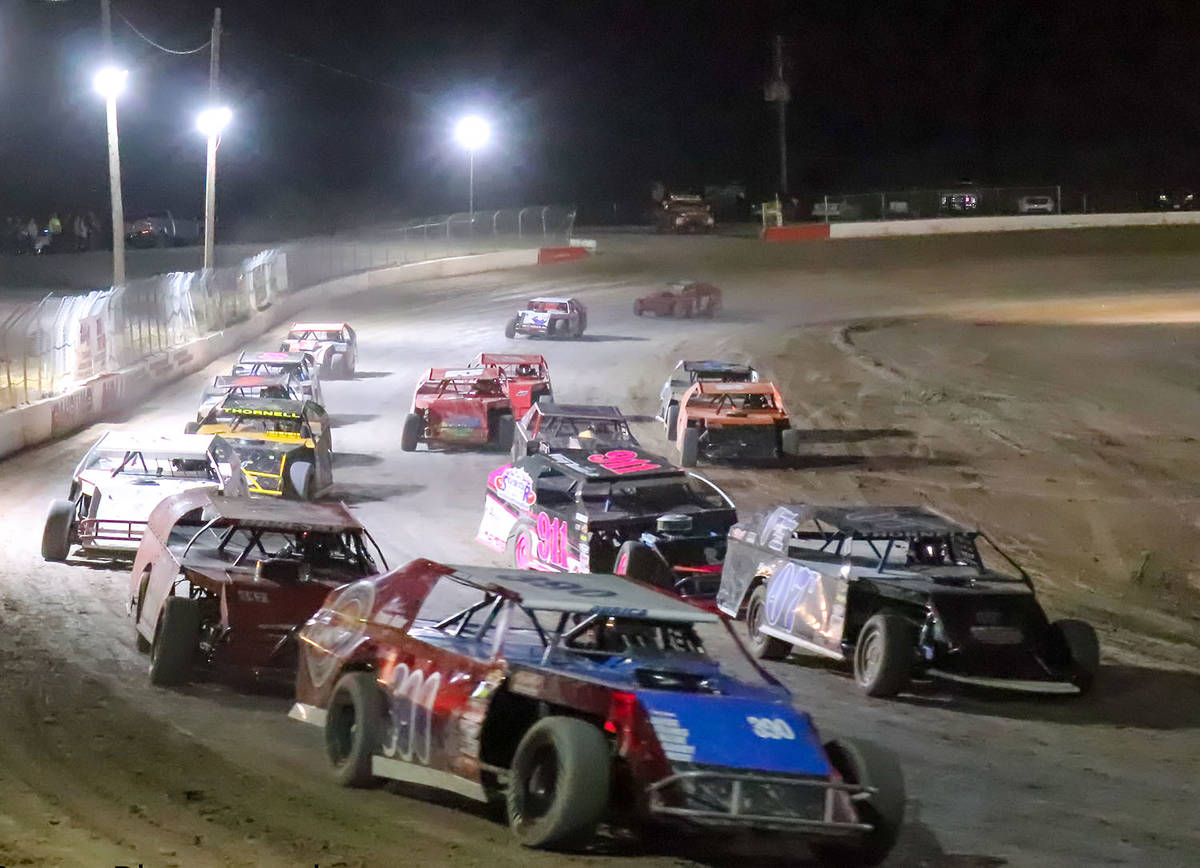 Jared Ward had won the previous five Hobby Stock main events and owns a 28-point lead over Jay Ward in the season standings. Debbie Ward finished third and sits in fourth place for the season. Benjamin Sherard, Adam Tiscareno and Gege Murphy rounded out the field.

A similar situation happened in Coupes, where Mark Daub won the first five main events. But it was Scott Holloway coming out on top this time, with Daniel Bruner second and Red Kowal third.

Nick Castro finished fourth in his first Coupe race of the year, finishing ahead of Daub, who enjoys a 20-point lead over Holloway and Bruner in the standings. Daub won the Coupe heat race to give him 40 points for the night, losing only a point to Bruner and two to Holloway.

In his first Sport Mod race since opening night, Josh Stringer took the checkered flag, beating out Jerry Walton and Shaun Moore. Aaron Stalker, also racing for the second time this season, finished fifth, behind Trent Bandazian. Haylee Little, who had not raced since Feb. 27, ran sixth in the main event.

Walton continues to lead the points chase in the division, holding a 14-point edge over second-place Jeff Murphy on a leaderboard that includes 28 drivers.

Dillon Murphy extended his narrow lead in the Super Stocks with a win over Dale Daffer and Tim Murphy, with Rory Bradley, in his first race of the year, taking fourth and Mark Hodges, driving for the first time since opening night, running fifth.

Murphy’s 35-point win and 10 points for winning the heat gave him four more than Daffer earned, pushing his lead in the season standings to 201-196. Tim Murphy is right behind in third with 192 points.

The top two drivers in Mini Stocks ran one-two at the speedway, with Mike Wills picking up 47 points for winning both the heat and the main event and pushing his season points lead over Tanner Reynolds to 16 points. Felicity Flory and Aaron Ceballos were next across the finish line, followed by Eric Mewhorter and David Bodendorfer.

Clifton King beat out Brady Gladd as each drove in his second Modifieds race of the year. With no driver competing more than twice thus far this season, Gladd’s 82 points are good for first place, two ahead of Matt Belcher and six ahead of King.