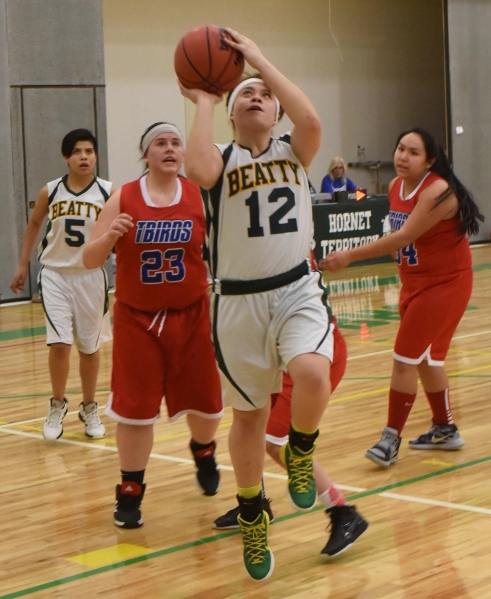 The Lady Hornets turned things around after their 49-36 loss to Round Mountain last Tuesday.

Gil had a fantastic night of shooting and she recorded a double-double with 18 points and 14 rebounds.

Hornets coach Aimee Senior was pleased with the win.

“The league is pretty balanced this year, although we had a tough time making our shots,” the coach said. “We get too anxious and tried too hard instead of settling down and playing our game.”

The coach said that Sandy Valley tried to press her offense but she said it failed.

“We were pressed, but we do better against a full-court press than we do when a team just plays a regular man-to-man defense,” Senior said. “We fast break well but get flustered with man to man and that’s when we turn the ball over. If we want to beat these teams in the playoffs, we need to start making our shots, anticipating more on defense and settling down and playing our game.”

The playoffs start next Wednesday on Feb. 17 with Beatty hosting the number six team, which could be Sandy Valley.