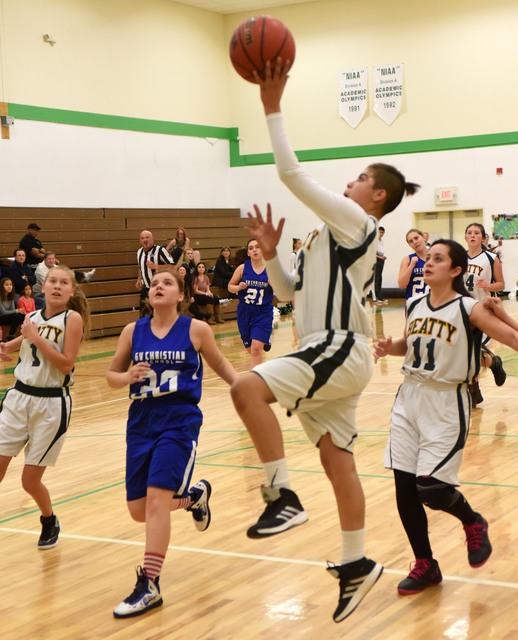 Richard Stephens / Pahrump Valley Times Jasmin Pelayo goes up for a layup against Green Valley Christian last Friday. The Hornets beat them 45-14 to a home crowd. 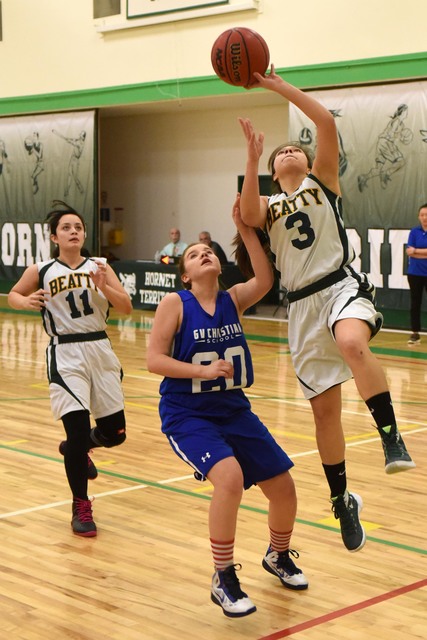 The Lady Hornets are off to a great start during preseason with a 5-2 record.

“Surprisingly, our offense is scoring a lot of points,” Hornets coach Aimee Senior said. “But we still need to improve our offense and making baskets.”

This year the Hornets have a heavily-laden senior team with a lot of experience.

“We have a solid starting five,” the coach said. “We also had 14 players come out for basketball and have enough for a junior varsity team.”

The coach said Gil has been one of the leading scorers from the onset.

“She has been in the double digits and is a good outside shooter,” Senior said.

She said their lead rebounder has been Claudia Granados.

Senior believes that defense is still the team’s strong suit.

“Our offense is getting there and we just need to move better,” she said.

One team that Beatty lost to in the seven games played so far is Sedona (Arizona team) at the Snake Pit Classic at Beaver Dam. Sedona won the game 28-27. Their other loss came from an Arizona team too, El Capitan, where they lost 45-44.

The team will travel to Round Mountain today and the action starts at noon.