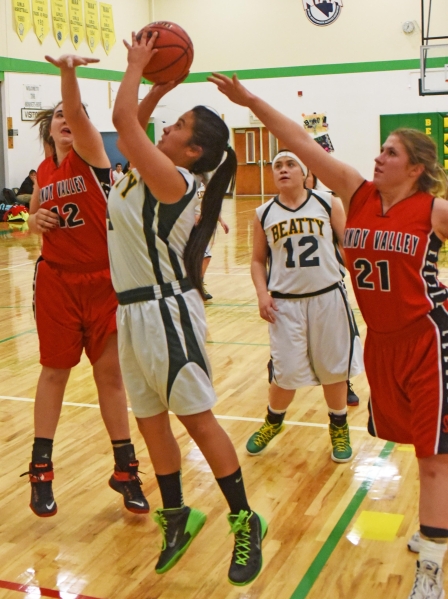 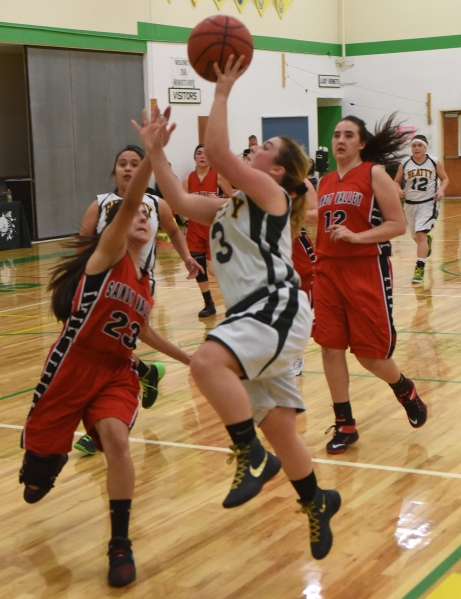 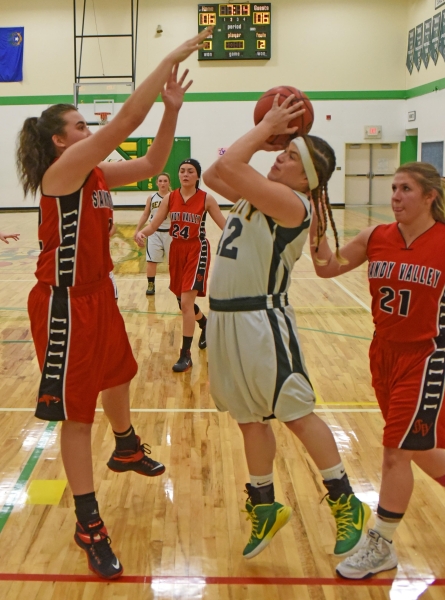 BEATTY – The Lady Hornets started their playoff run on Wednesday with a 37-18 home win in the Division IV Southern quarterfinal against an improved Sandy Valley program.

Hornets coach Aimee Senior said before the game that her girls had to be able to run their offense.

“We need to make our shots and not rush them because of nerves and just play tough defense,” she said.

Senior was hoping this was the route her team took because she didn’t want to have to play the first seed team, Round Mountain, right away.

But the best of plans don’t always go the way a coach wants them to. Perhaps the girls were too over-confident against Sandy Valley.

“We got off to a slow start, the halftime score was 15-8,” Senior said. “When we move the ball quickly up the floor, we play better. The first half we didn’t do that, but the second half we moved the ball and had some fast breaks.”

After that first half, the team did settle down into a groove.

“These girls move the ball really well at times – so well, it’s fun to watch,” she said.

She said Karina Villanueva was jumping like a kangaroo and getting rebounds. Arianna Oseguera went to the basket well.

“Oseguera just needs to see when to drive or when to take a jump shot instead of forcing the drive,” the coach said. “Alexia Gil can force a turnover when she decides to play tough defense. The pressure she puts on opponents causes a lot of turnovers and steals.”

The team had several players in the double digits for scoring and was led by Denise Gonzalez with 13 and Gil with 10.

Beatty (13-6) will play at Desert Pines High in Las Vegas on Friday at 6:20 p.m. against defending state champion Alamo (14-8). Senior is confident her girls can win because the last time the two played in the regular season the Hornets lost by five points, 29-24.

“We need to work on driving the ball to the basket because Pahranagat Valley will play man-to-man defense against us and we tend to stop our movement to the basket when we face man to man,” Senior said. “And we need to score more than six points in the second half to beat PV and go on to state.”