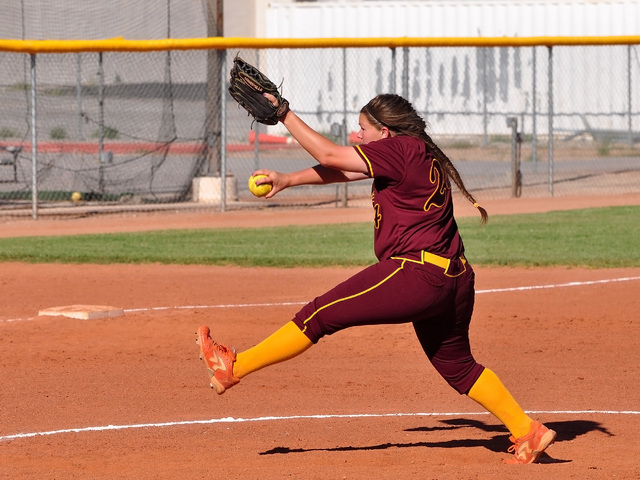 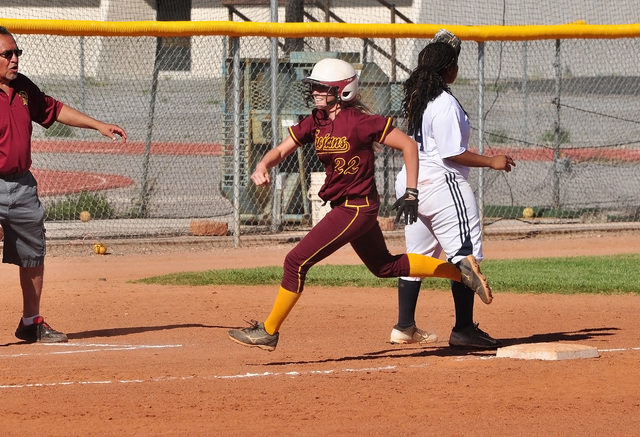 The Lady Trojans pounded Cheyenne 14-0 on Tuesday and are now tied with Spring Valley for second place.

Prior to the game, Trojans coach Eli Armendariz told his girls that he wanted them to start hitting early.

“I told them that because it takes off a lot of pressure if you can get that offense going early,” he said. “And lately as a team we haven’t been able to do that.”

Regardless, the girls didn’t listen and started hitting in the third, but oh what a third it was. It was like Cheyenne awoke the beast mode in the Trojans. On two outs, the Trojans rallied for 9 runs in the third. They added 4 more runs in the fourth and the game was called in the fifth due to the 10-run mercy rule.

Armendariz said for the past five seasons Cheyenne (2-4, 1-4) has had a quality program.

“They are struggling and have a new coach,” he said. “They had this all-conference shortstop, but I didn’t see her on the team. I didn’t recognize anyone.”

As far as the Trojans, Armendariz said his team was far from perfect.

“Besides wanting them to start hitting early, I want the girls to track the ball better,” the coach said. “The girls need to be more patient at the plate and stop swinging at the high balls.”

The coach was happy with his pitching.

“The girls hit our pitcher hard, but all the balls were to someone,” Armendariz said.

He said the team continues to get better with every game and his defense is one of the better defensive teams he has seen in the past five years.

“Mojave will be tough, they struggled with Western, but handled Clark,” he said.

Mojave is coming off a 15-2 loss to Faith Lutheran and will be hungry for a win.