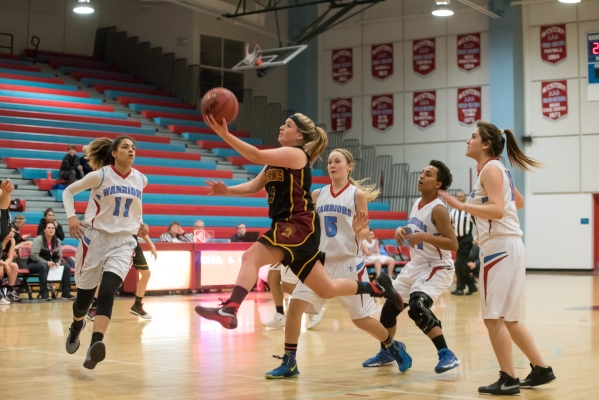 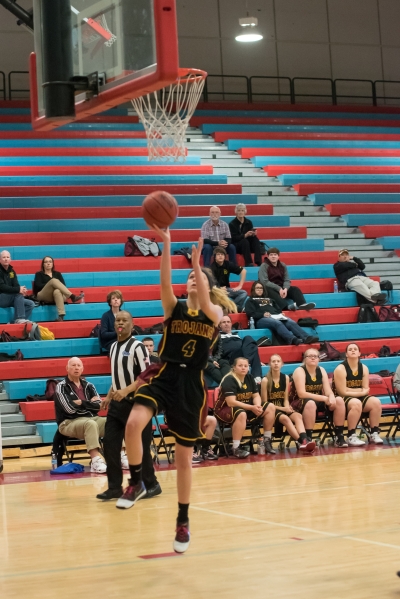 The Lady Trojans won their fifth non-league game of the year against Bonanza on Friday 43-39 after a disappointing 31-29 loss against Western on Thursday. Pahrump (5-15 overall, 0-13) had hoped to take this energy into Monday’s night game against Mojave (8-14, 4-8), but the Rattlers proved to be too strong, winning 37-19 on Monday night. Mojave is fighting for a playoff berth.

According to Trojans coach Jennifer Hagstrom, Pahrump beat Bonanza on the scoring of Bethany Calvert, who came in hot, scoring 16 points against Western. At Bonanza (2-18, 0-7 Division I Northwest League), she scored another 12.

“This was our most balanced attack of the year,” Hagstrom said. “Everyone was involved in some way, and they all played hard. It was a fun game to coach and I loved the team that showed up at Bonanza. The younger girls are really starting to figure it out at this point, which is a big positive to take out of the last three games.”

It was a different story on Monday night as Calvert got hurt in Mojave early in the game.

“Calvert rolled her ankle pretty bad and sat out from the second quarter on last night,” Hagstrom said. “We just seemed really out of balance … it was not a pretty display.”

Regardless, the coach looked at the positives.

The Pahrump coach just didn’t have a solution for Mojave’s Savannah Blanchard-Davis, who scored 26 points for the Rattlers.

“She took us to school in the second quarter and scored 20 points,” the coach said. “We changed up our defense, but everything she took went in. She hit 8 threes last night …yikes.”