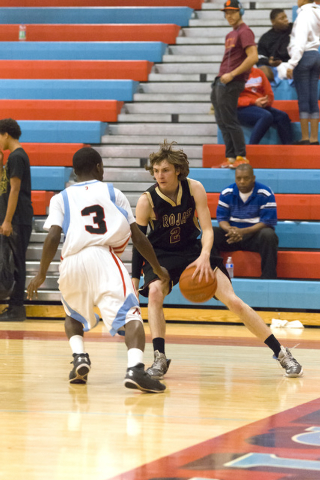 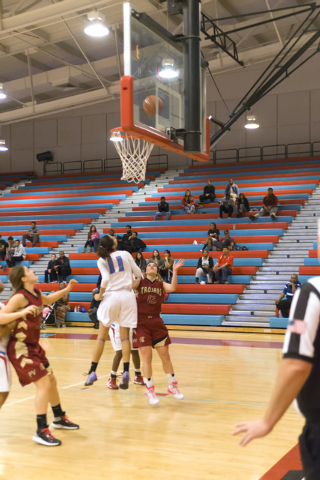 The Lady Trojans were left stunned at the end of their game with Western as they lost the in last second of the game. The team lost 43-42 at Western on Thursday.

The team scoring was led by Alyssa Murphy who scored 15 points and Lauren Ashford who had nine. With 9 seconds to go in the game Murphy put the Trojans on top, 42-41.

The Warriors then drew a foul with 1.2 seconds left and made two clutch-free throws to win the game.

For Trojans Coach Jennifer Hagstrom, to lose this game was a heartbreaker.

“Losing by one point, with them shooting a 1-and-1 with 1.2 seconds left is even more heartbreaking,” Hagstrom lamented. “The effort was amazing, and the execution of the game plan was the best all season.”

At the end of the game, Hagstrom said it was a tough loss for the girls.

“The girls were really upset, but there are definitely a few things that can be tweaked before we play them next to get us over the hump,” she said.

In non-league action on Friday, the girls played Coral Academy, a Division IV school, and won big, 63-11. It was a time for Pahrump to work on shooting and they did just that. Hagstrom was able to get all eleven of her players into the game and everyone scored a basket.

“We tried to work on our man offense a little bit, and really encouraged the girls to move the ball around,” she said. “We also worked on a little bit of a new defense the other night to see how that might work for us in our league play.”

The coach said Coral played hard, and they deserve a lot of credit for coming out every game this season and competing.

In the fourth quarter the Trojans, led by the shooting of Danny Foss and Uriel Ramberg-Wiley scored 19 points, but the team’s efforts fell short.

It was a tough loss for the team and Trojans Coach John Toomer said his team should be praised for their spirit.

“This is a great group of young men who are playing against bigger and faster players game after game and not giving up,” he said. “They have started to play together as a team and are getting exhausted together. All we need to do is put together a full game from opening tip to final buzzer and then the confidence level will really rise in this group. They are the few at PVHS who love the game and are playing no matter what their peers have to say about them.”