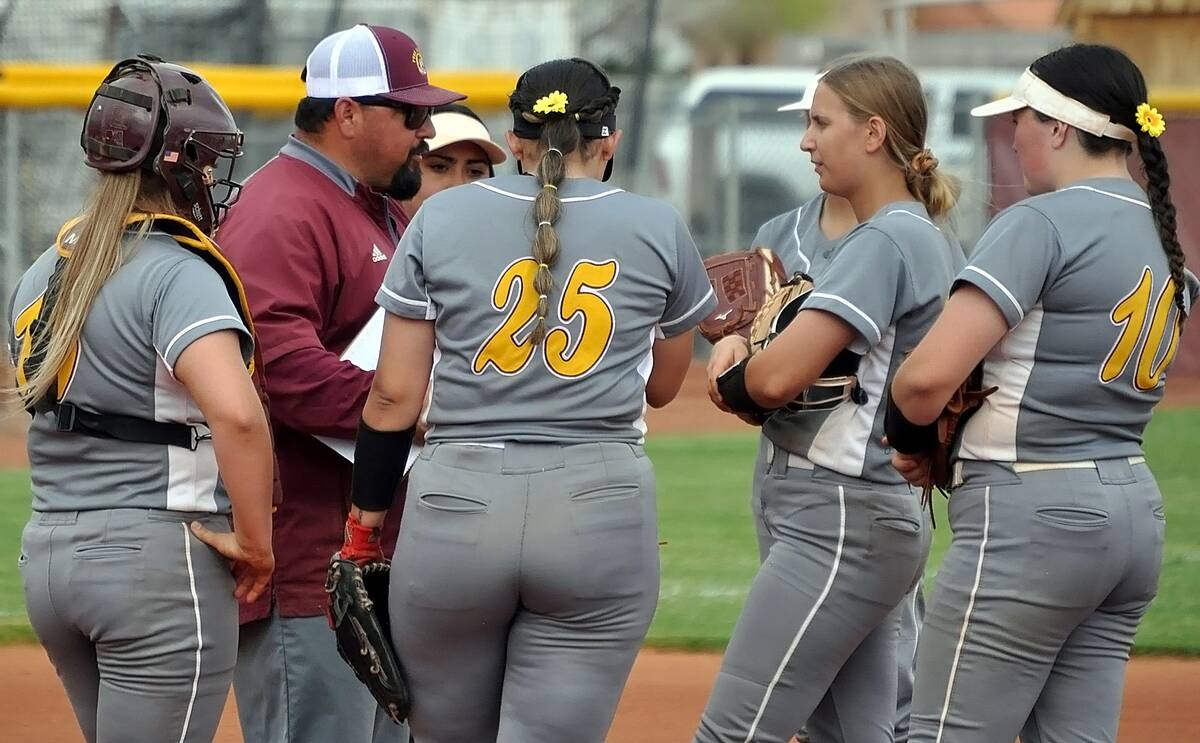 The Pahrump Valley softball team has hit a rough patch in their season with just two games remaining before the playoffs get underway.

The Lady Trojans, who have already locked up a playoff position, have struggled mightily in the second half of their season.

After Tuesday’s defeat at the hands of the Boulder City Eagles, the Lady Trojans have now lost two consecutive games and nine of their last 11. Pahrump Valley holds a record of 6-17 and a league record of 5-6.

With eight teams making the 3A Southern regional tournament, Pahrump is currently sitting in the fifth seed, just one game in front of Sunrise Mountain.

The good news is that the Lady Trojans will finish the regular season with two games at home and they already have wins against both of their opponents.

Pahrump Valley won their matchup against Desert Pines earlier this season via a forfeit. The Lady Trojans will host the Lady Jaguars on Monday, May 2.

Following that game, the Lady Trojans will close out the regular season with a home game against the Valley Vikings on Wednesday, May 4. Pahrump Valley won the first matchup between the two teams last week by a score of 20-1.

It was a much-needed win for the Lady Trojans. At that point, they had lost their last nine played games, including all five games in their spring tournament.

With the fifth spot, they’ll be playing whoever finishes in the second spot of the Mountain league.

As I’m writing this, SLAM Nevada is currently sitting in that spot. They are a half-game behind Boulder City, who leads the Mountain league.

SLAM had a date with Desert Pines on Thursday afternoon, a game that is easily winnable for the Bulls, while Boulder City traveled to Valley High School to take on the Vikings.

SLAM and Boulder City will face off against each other on Monday, May 2, in a game that could decide the winner of the Mountain league.

The first pitch of the Lady Trojans’ game against Desert Pines on Monday is scheduled for 3:30 p.m.