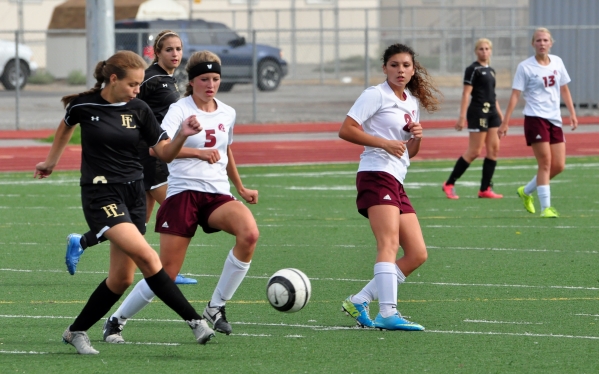 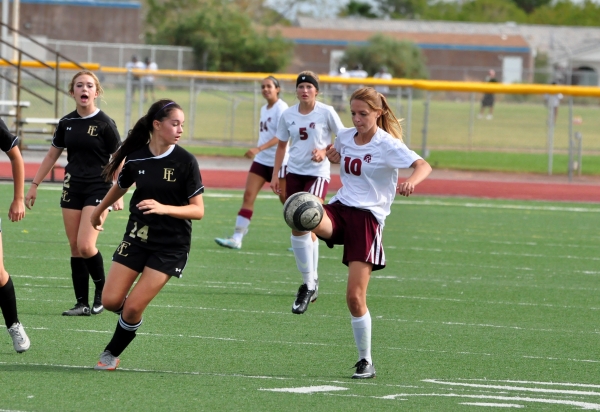 The Lady Trojans soccer team has had an up and down year with horrible losses, surprise wins and their head coach resigning.

Last week the team started off with a surprise win against Spring Valley, winning 4-3 against the top-ranked school, which at the time shocked the league because the Trojans had just lost to Western. For the Trojans it was a big win, and it looked like they were going to turn things around.

The Trojans won the possession battle against the Mountain Lions in the first half and Pahrump took an early lead in the game, 1-0 at the half.

Sierra Vista came back strong though in the second half, scoring a point very early into the half. The Mountain Lions offense made some adjustments and was strong during the second half, keeping possession for 75 percent of the time.

Pahrump Valley’s defense held until the end, when Sierra Vista scored in the final minutes of the game. Sydney Dennis scored the only goal for the Trojans.

The fact that the team only lost to Sierra Vista and Cheyenne by one point says that the girls are close to putting things together, but then throw in the loss to Faith and things are not so clear.

The girls came out in the first half against Faith looking determined but then the Crusaders took control after ten minutes of play and scored their first goal.

During the first half the Crusaders won the time of possession battle. The Trojans were unable to pass effectively once in Faith Lutheran territory.

But the Lady Trojans fought hard and the game remained 1-0 until the end of the half. A penalty was called on the Trojans near the goal, which resulted in a score. Then after the ensuing kickoff, Faith scored again a minute later.

It’s not too late for the Trojans to make the playoffs; the team has to beat Sierra Vista and Clark to do it. The team just has to decide which team will show up, the one that beat Spring Valley or the one that lost to Western.

With still a half a season to go, there remains a lot of soccer to be played.