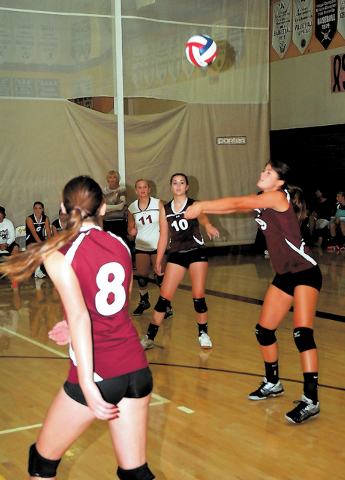 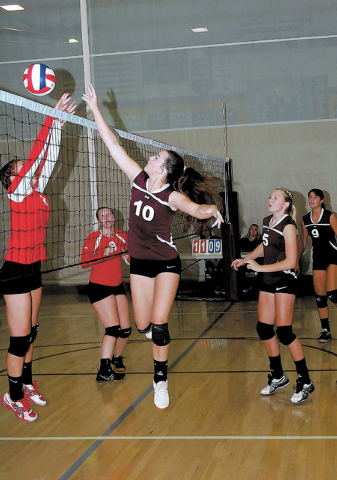 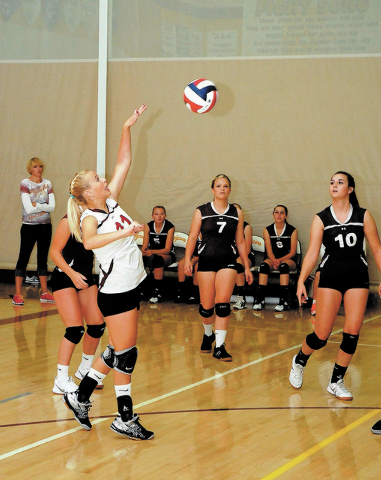 The Pahrump Valley Invitational was Saturday and the Lady Trojans were tested by some of the best teams in the region.

Coach Jill Harris learned her team is the second-best team in Nye County. The Trojans beat Round Mountain easily but could not beat the Tonopah Muckers, losing 2-0. Pahrump went 3-3 on the tourney and also beat Agassi Prep 2-0, and Indian Springs 2-0. They lost to Cheyenne 2-0 and Clark 2-0.

Harris said the game between the Muckers and Pahrump was a good test for her team. Tonopah was the Division 4 state champion last year. Harris believes her team needs a little fine-tuning and she will be getting it this week with three straight home games on tap. Her team took out its aggressions on Word of Life, beating them 3-0 on Monday afternoon. On Tuesday they played at 5:30 p.m against Moapa Valley and today they play Beatty at 4:30 p.m.

Harris thought the tourney did have a positive side to it.

“I thought Lauren Koenig had a great tournament. She has shown a lot of growth in her ability and her confidence. She is really coming into her own as an outside hitter. I thought our blocking got better as the tournament progressed especially with Andi Bishop, again I believe it is a confidence thing. I thought Lauren Ashford played defense a little more aggressively and confidently also,” she said.

On the improvement side, Harris believes her team will have to focus on a few things before they start conference play.

“I was not so happy with serving. It was a struggle. I think that has to do with a lack of focus, because it is a skill they are all very capable of. To fix this we will be setting goals, and as long as those goals are reached, consequences in the following practices are not needed,” Harris said.

Last year Harris had Brittany Noel, who only missed one serve.

In addition to the serving Harris will continue to work on defense.

“Defensively I am going to try a different system. It is one that we have used before, so hopefully the girls will catch on quickly,” she said.

The tourney opened the eyes for a lot of coaches over the weekend, which is what pre-season tournaments are designed to do. Harris sees her team continuing to progress. The girls are way ahead of where they were last year.

“As an overall of the tournament, I still see some things that we need to work on, but I also see growth. I feel like this group of young ladies will be able to overcome some of our early problems and become a strong team in our conference and division,” Harris said.