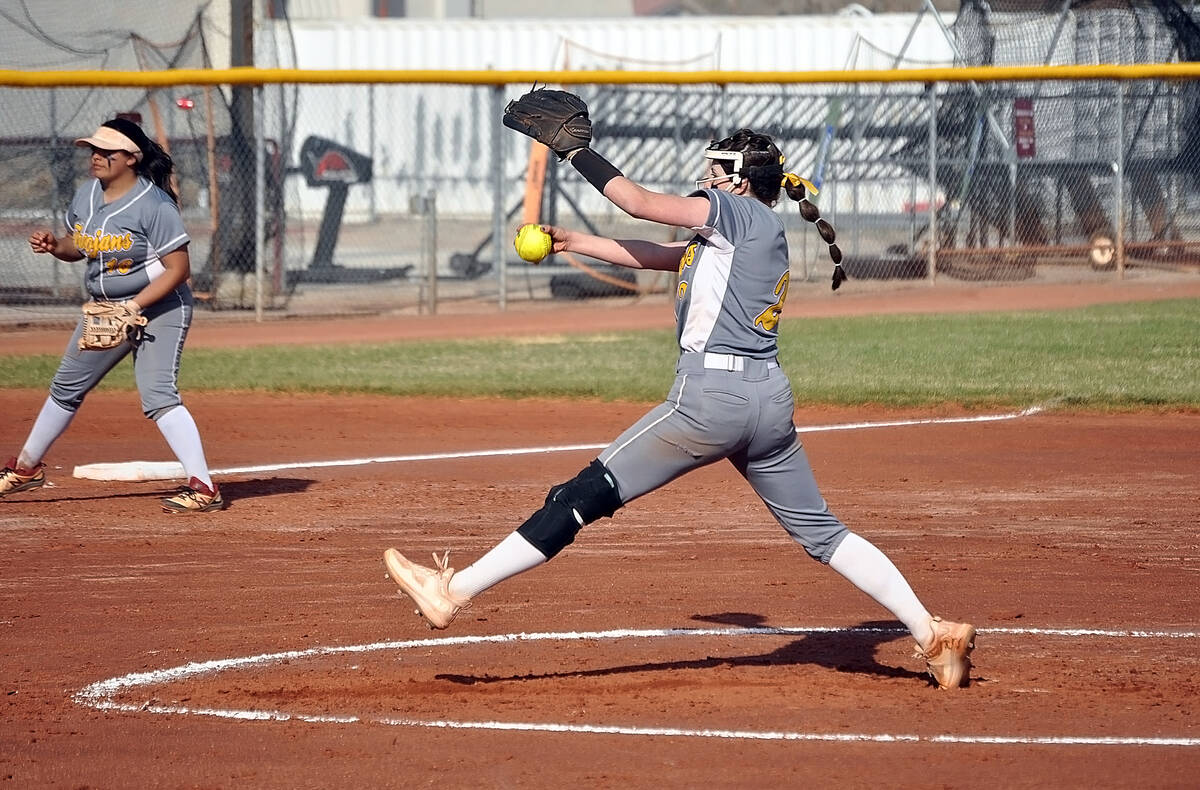 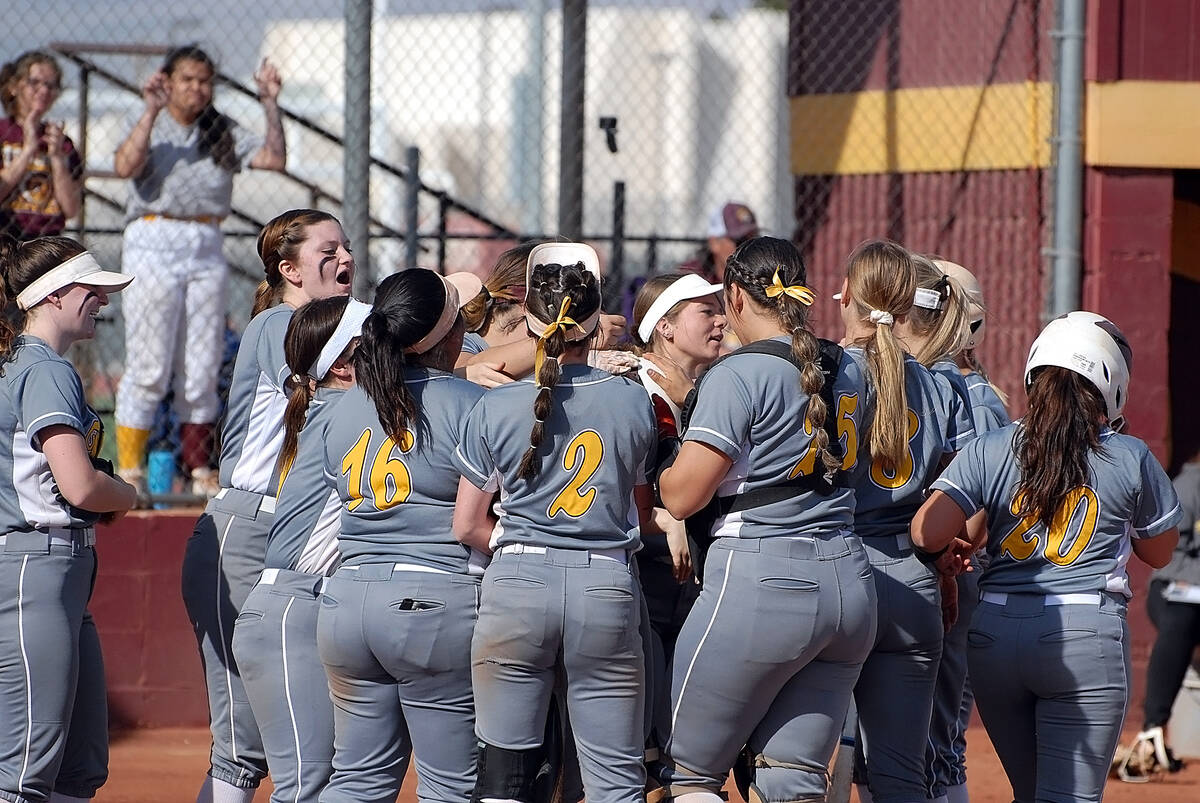 The Pahrump Valley Trojans softball team has had a bit of a rocky start to the beginning of their 2022 season.

The Trojans started their season with the Colorado River Tournament that was held in Needles, California.

While there, Pahrump Valley played five games over the course of three days, finishing with a 1-4 record in the tournament.

Their lone win came in their final game against the Big Bear Bears from Big Bear City, California. They won this game by a score of 14-3, a great improvement from their earlier games.

DeAnna Egan went 2-for-2 with 5 runs batted in for the Trojans against the Bears. Ava Charles also helped out with a big game of her own. She went 2-for-3 with three RBIs.

In the first four games of the tournament, the Trojans were outscored 28-7 by their opponents.

Following the tournament, the Trojans had a week off to collect themselves over their spring break. Pahrump Valley resumed play last week with a matchup against Needles High School.

This game was the second meeting of this short season between the Trojans and the Mustangs. They met in the opening weekend tournament, where the Mustangs came away with a 3-1 victory.

This time out on the field had a different outcome, and not in a good way.

The Trojans weren’t able to get anything going offensively. This time around, they were shut out in a 10-0 defeat by the Mustangs.

In Pahrump Valley’s first of two league games they have played this season, they faced off against the Moapa Valley Pirates.

The Trojans did much better in the offensive portion of the game. They put up eight runs and were largely helped by Egan and Shania Hopkins. The two players combined for six RBIs for the Trojans.

Hopkins finished the game going 3-for-4 with three runs and four RBIs. This was her best game of the season so far.

Unfortunately, the Trojans came up just short in their first league match of the season, falling to the Pirates by a score of 10-8.

The Trojans got their first league play win of the season in last Thursday’s matchup against the Clark High School Chargers.

After falling behind 5-1 in the first inning, the Trojans fought their way back into the game. They scored seven runs between the fifth, sixth and seventh innings, including the game-winning run in the top of the seventh.

Pahrump Valley ended their losing streak and got their first league win of the year in a 10-9 victory over the Chargers.

The Trojans’ next game will be held on Wednesday, March 23, when they travel to Sunrise Mountain to take on the Miners. That game will begin at 3:30 p.m.