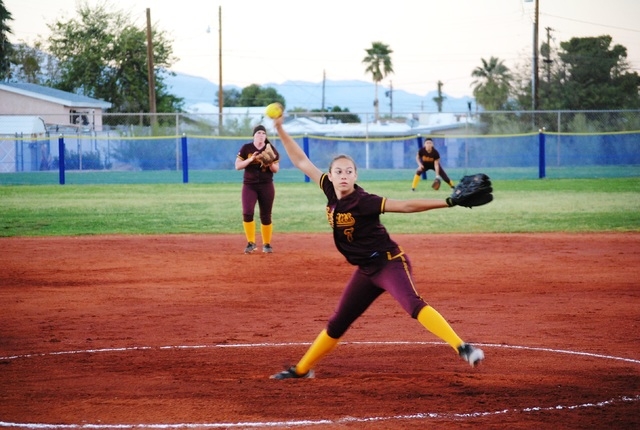 The Trojans softball team won three and lost two at the Colorado River Tourney over the weekend in Needles, California.

The team played their final game against Boulder City on Saturday and lost 7-1.

“In our two losses we could not effectively hit their pitching and we need to work on our defense,” he said.

In the tourney, he played around with the defense. He moved second baseman, Amanda Pryor to shortstop.

“Pryor will mostly be at second base,” he said. “Smith will be at short if Egan stays healthy at catcher.”