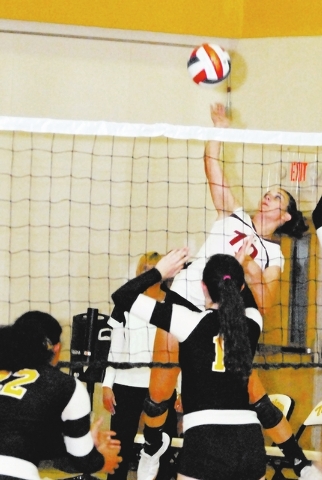 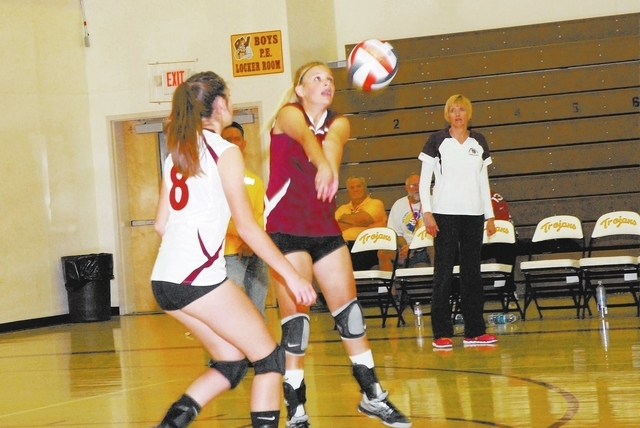 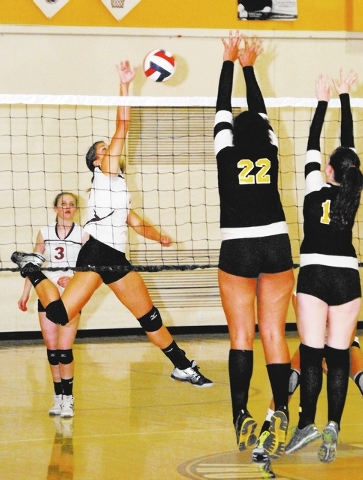 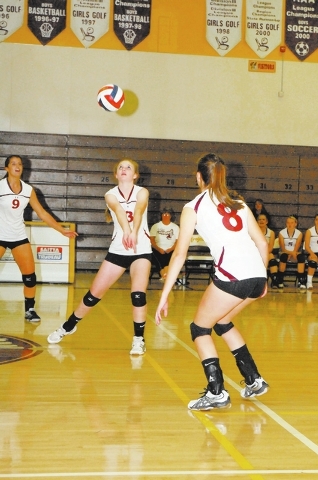 The Lady Trojans went 2-1 in their last three outings. They beat Mojave last Thursday 3-0, lost to Clark on Monday 3-1 and beat Western on Wednesday 3-1.

Trojans Coach Jill Harris has been worried about her team’s serving and setting in the past three games, but was satisfied with the steady improvement even with the loss on Monday.

At one point in the rubber match of the game against Clark, the team was down 11 points, but came back to within two points. Harris, despite the loss, was proud of her team for not giving up and said she would only change a few things.

“The only thing I would change is the serving percentage. There was also a lack of communication in the third match and in the fourth match we got off to a late start,” she said.

Harris has a sound rotation that works everyone on the bench. Senior Sammy Altiero is one player brought into the game just for serving. Harris likes Altiero as a server because she is consistent. She may not have a lot of power to her serve, but she gets the ball over the net. It is something she has been working on all season. Altiero had an accident earlier in the season cutting her hand pretty badly, which kept her out of some games.

Another hard worker has been Jill Smith, who has been working hard as a setter for the team. Harris’ style of play requires the team have two setters. This has been hard to develop this year. Harris believes Smith to be the solution. Part of the problem came from a lack of team chemistry.

“I think the team chemistry has come a long way and we are starting to come together as a team,” said Smith after the Mojave win.

The Trojans struggled with the issue earlier. It takes a while for the players to come together as a team. Part of that chemistry is learning who is where and what talent the person brings to the team.

The Trojans are 2-1 in league to tie Clark for second place. Faith sits on top of the league at 2-0. Pahrump plays third-place Cheyenne on Oct. 8.