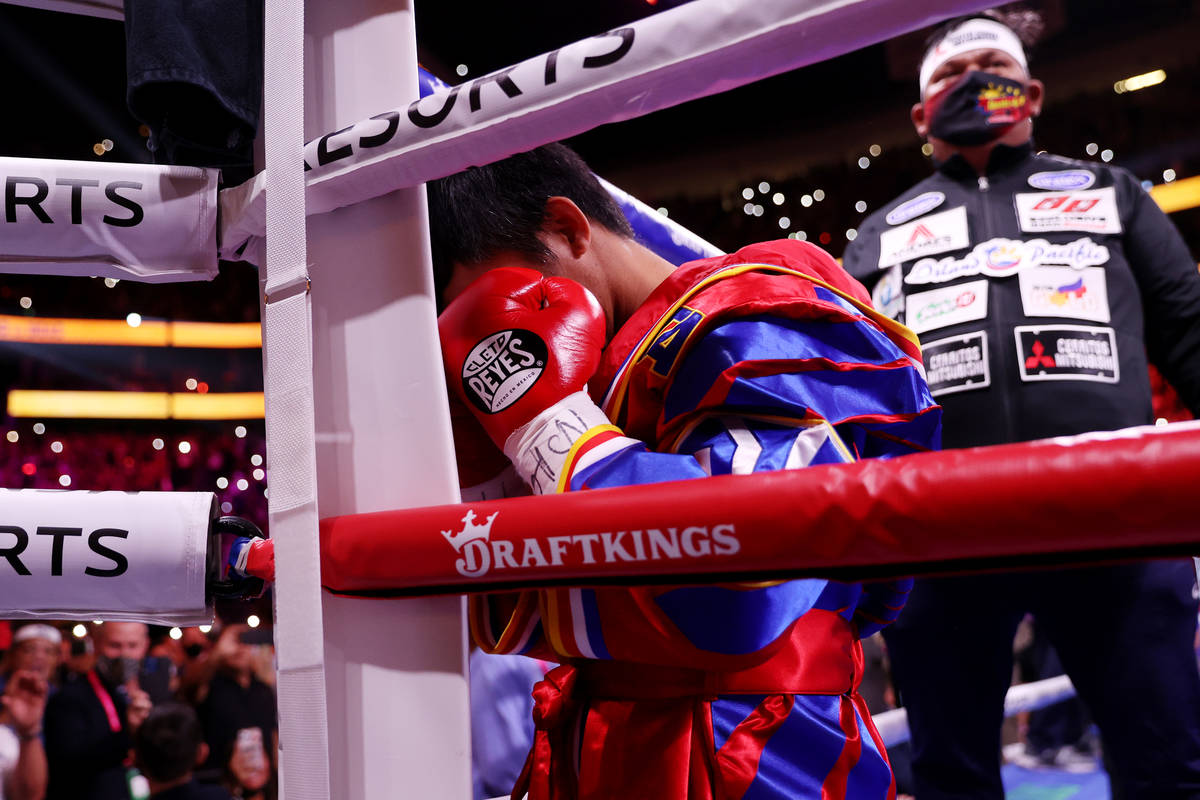 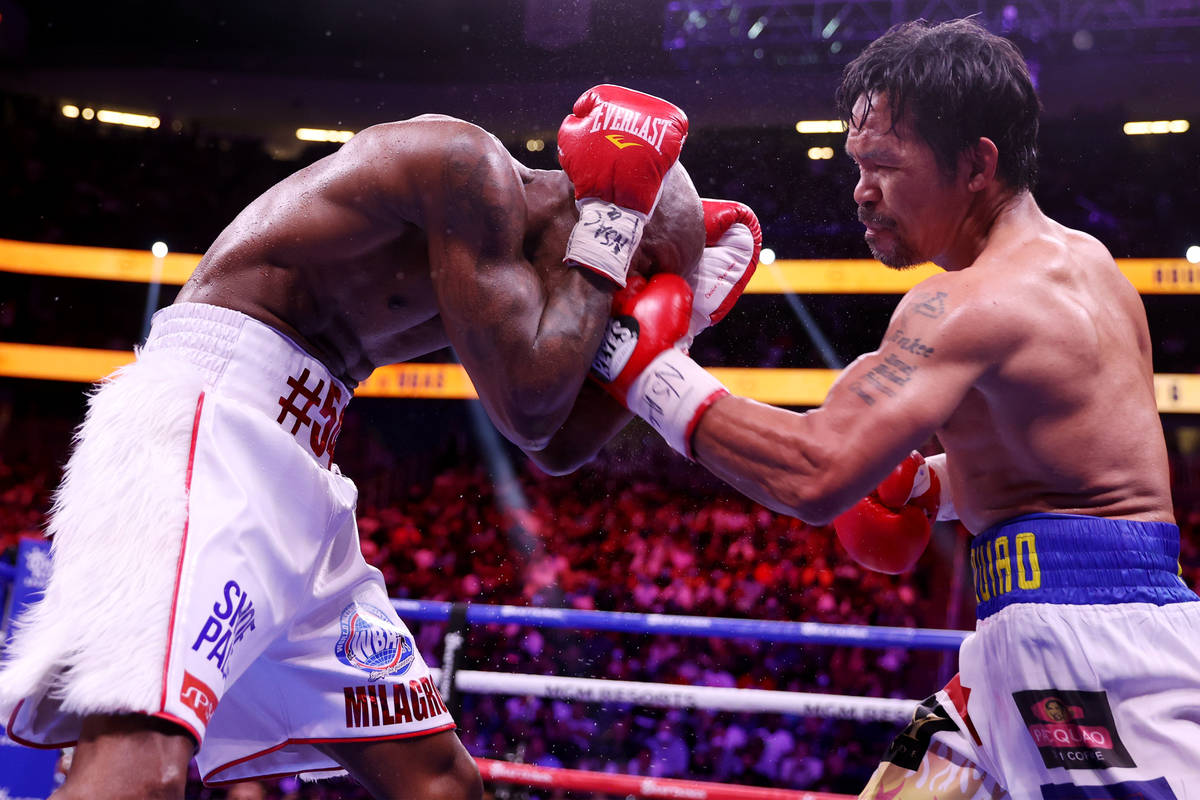 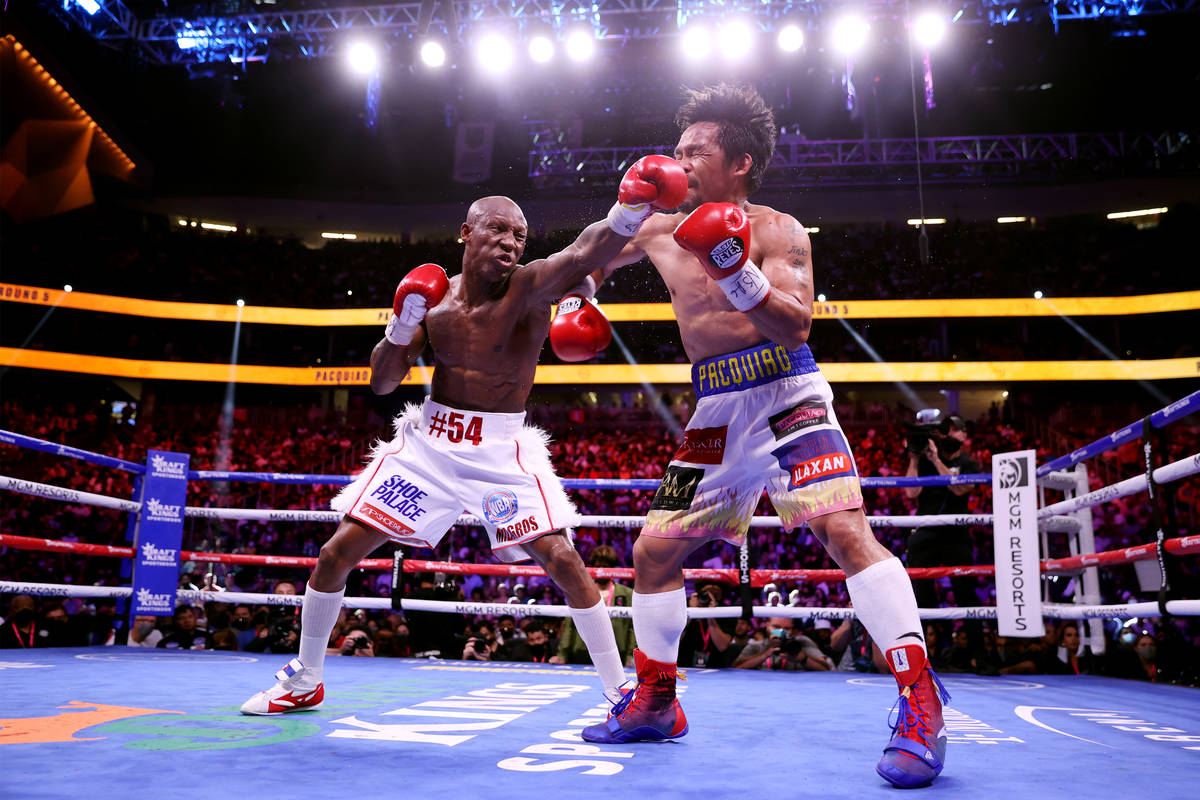 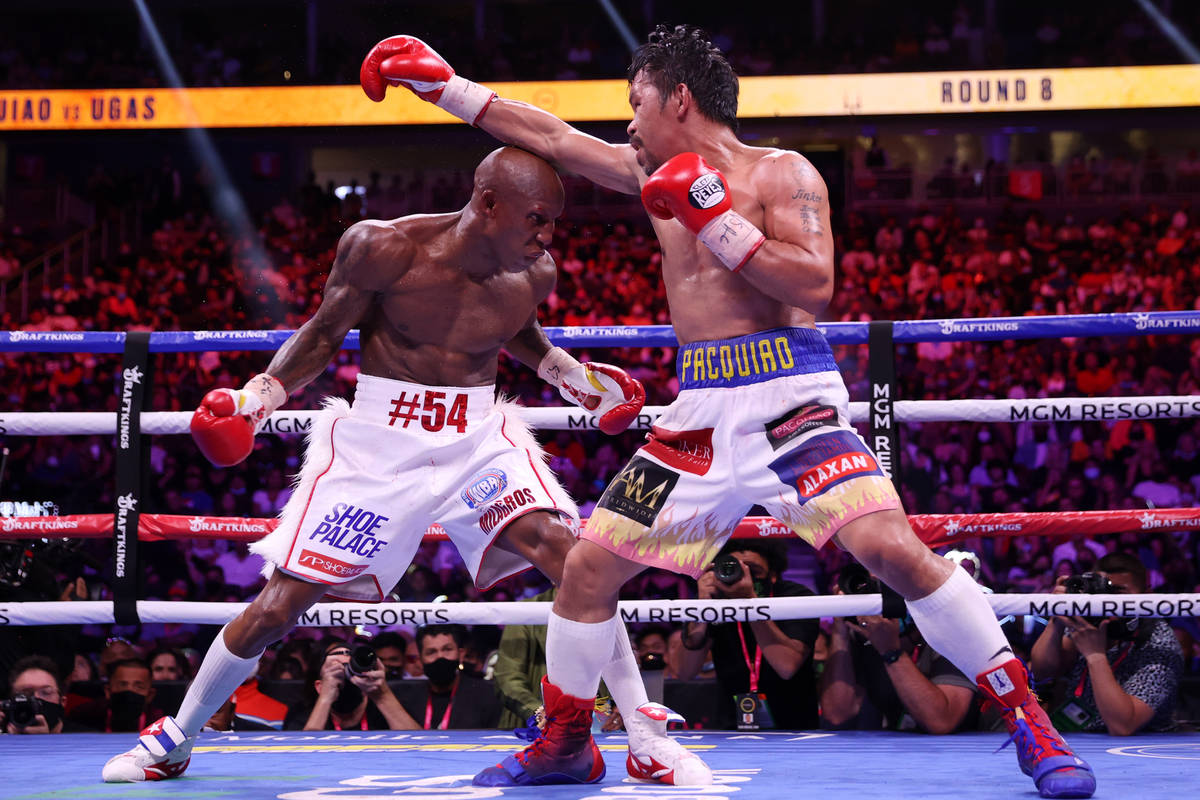 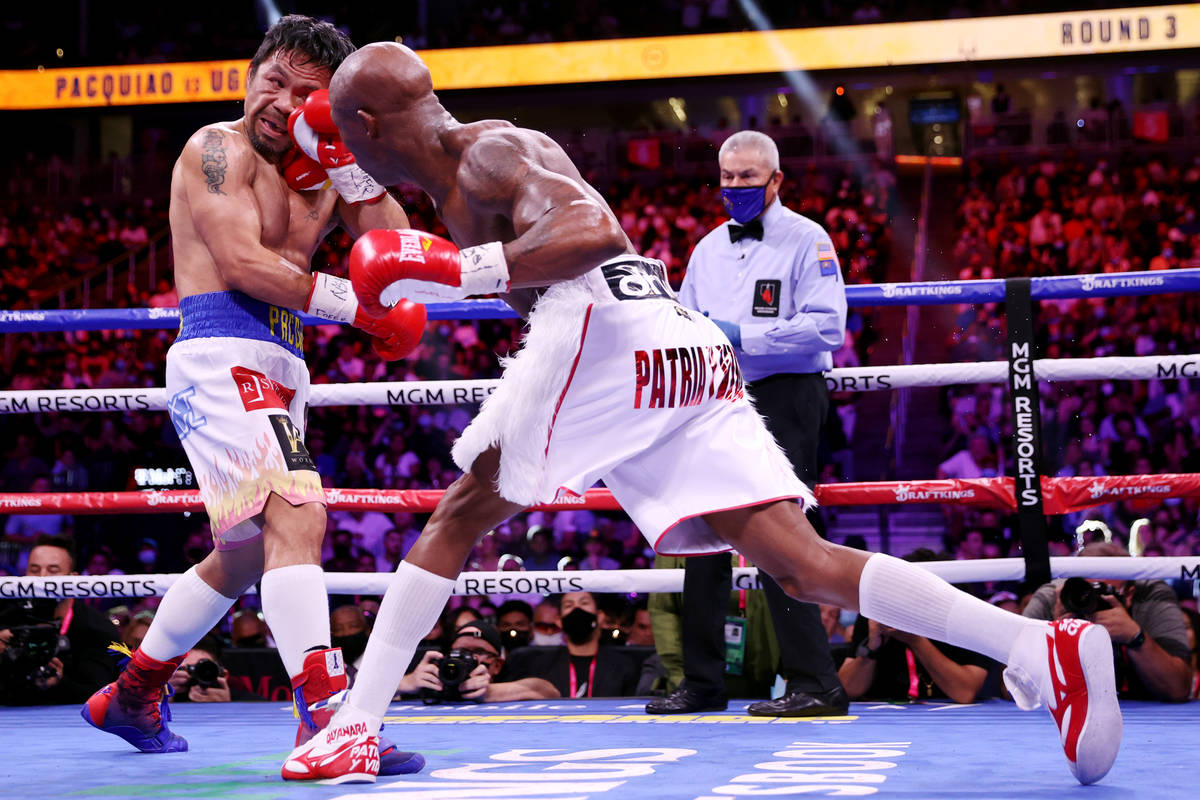 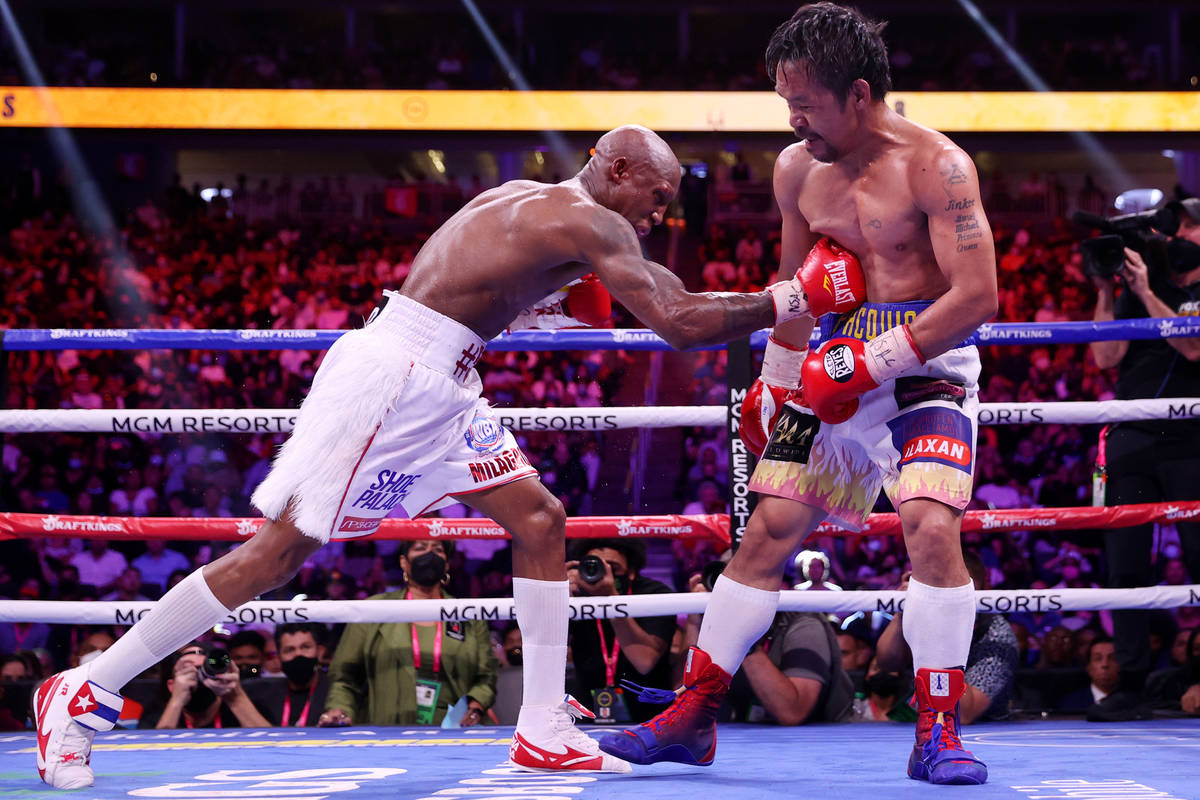 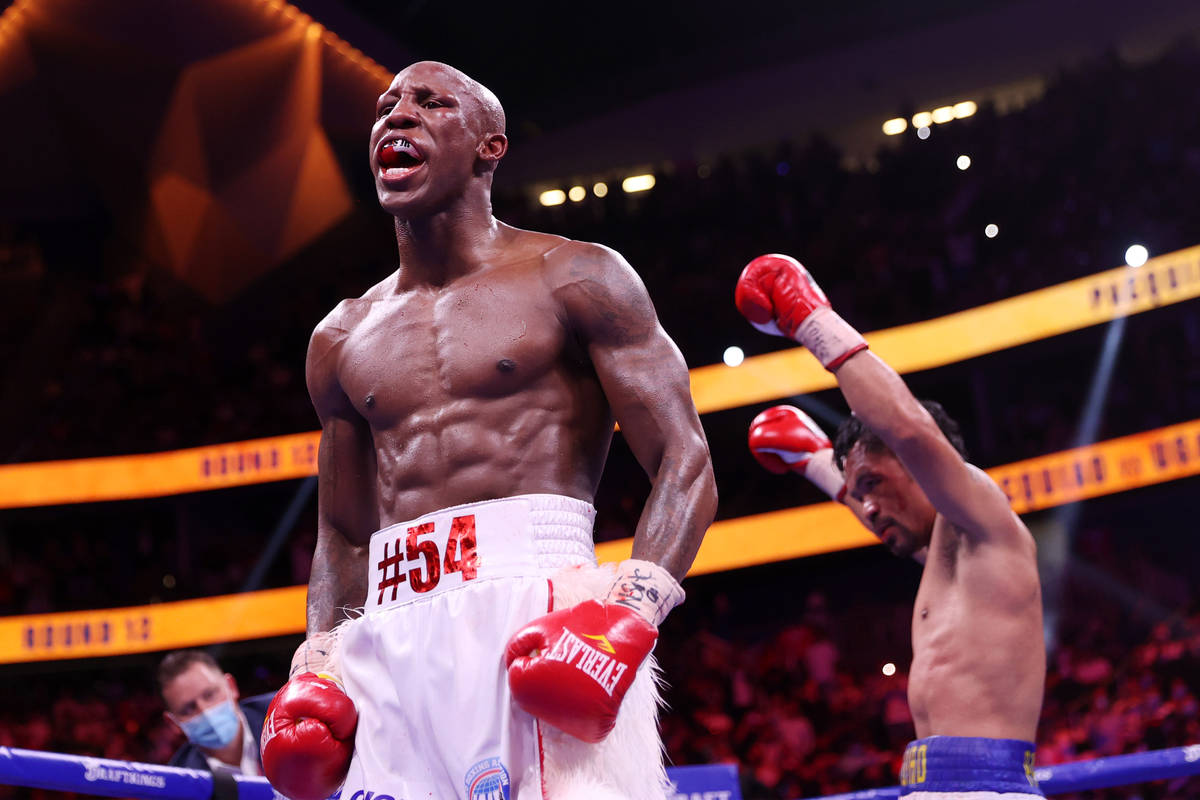 “When our lives are finished inside this world, we can take nothing,” he said. “In this sport, this is my passion, this is why I’m still here, keep on fighting at the age of 42. I’m enjoying it, but sometimes you have to think about the life span of your body.”

Pacquiao was sitting at the postfight news conference, right at the edge of the ring he had shared with Yordenis Ugás a few hours earlier. Ugás, 35, a Cuban who took the fight on short notice, had just beaten the Filipino senator by unanimous decision.

With the adrenaline of Pacquiao’s ring walk and introduction all but faded, the questions quickly turned to a different topic: Was that it? Was that the last time the legendary eight-division champion would step into the ring?

Pacquiao didn’t answer one way or another, but his somber tone and reflective demeanor suggested that this was probably it. He’s mulling a run for president of his native Philippines, and, well, he’s done everything a boxer could possibly do in a 26-year professional career.

He was slowly, methodically passing the torch to the next generation. The opposite, almost, of the way he violently snatched it from Oscar De La Hoya in his own star-making performance 13 years ago. If this really was his final fight, he went out losing to an elite fighter at the top of his game.

Ugás was magnificent, using his size advantage and stiff jab to make sure the fight took place on his terms. Pacquiao’s vintage quickness was there in flashes, but he never could land clean combinations at a high enough clip to string together rounds. Ugás, who had closed as a 3-1 underdog, never let Pacquiao get on the inside.

“Pacquiao was a great competitor. I have a lot of respect for him,” Ugás said. “But I won the fight. I’m very emotional and proud.”

Pacquiao admitted after the fight that his legs felt stiff, likely the result of a worn-down, 42-year-old body that is trying to tell him something. He wasn’t even supposed to be fighting Ugás — that assignment originally had gone to undefeated Errol Spence Jr. before a torn retina forced him to pull out of the fight — but agreed to the new, tricky opponent less than two weeks before the fight.

This version of Pacquiao didn’t look quite the same as the one that turned back the clock with a win over Keith Thurman in July 2019. This one was still the game, resilient, fast-twitch fighter who has battled through knockout losses and bigger opponents his entire career. There was just something missing.

Pacquiao fought 22 times in Las Vegas, starting with his U.S. debut more than 20 years ago. He headlined against the biggest stars of his generation, electrifying crowds and building a global fan base. It sure seems as if Saturday was at least some version of his swan song.

“I’ve done a lot for boxing, and boxing has done a lot for me,” said the grown-up version of the 16-year-old who put weights in his pockets to make the minimum limit for his pro debut.

It was quite the understatement.