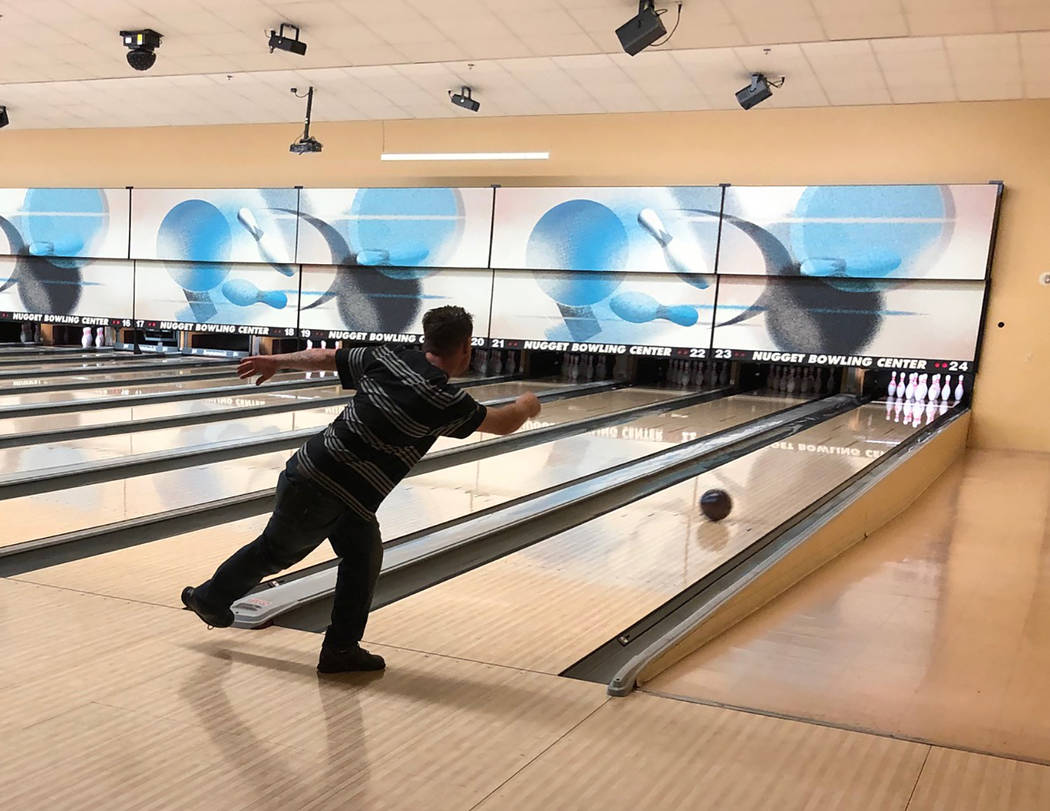 Tom Rysinski/Pahrump Valley Times Anthony Matassa shows off the form that allowed him to roll his seventh 300 game Thursday night at the Pahrump Nugget Bowling Center. 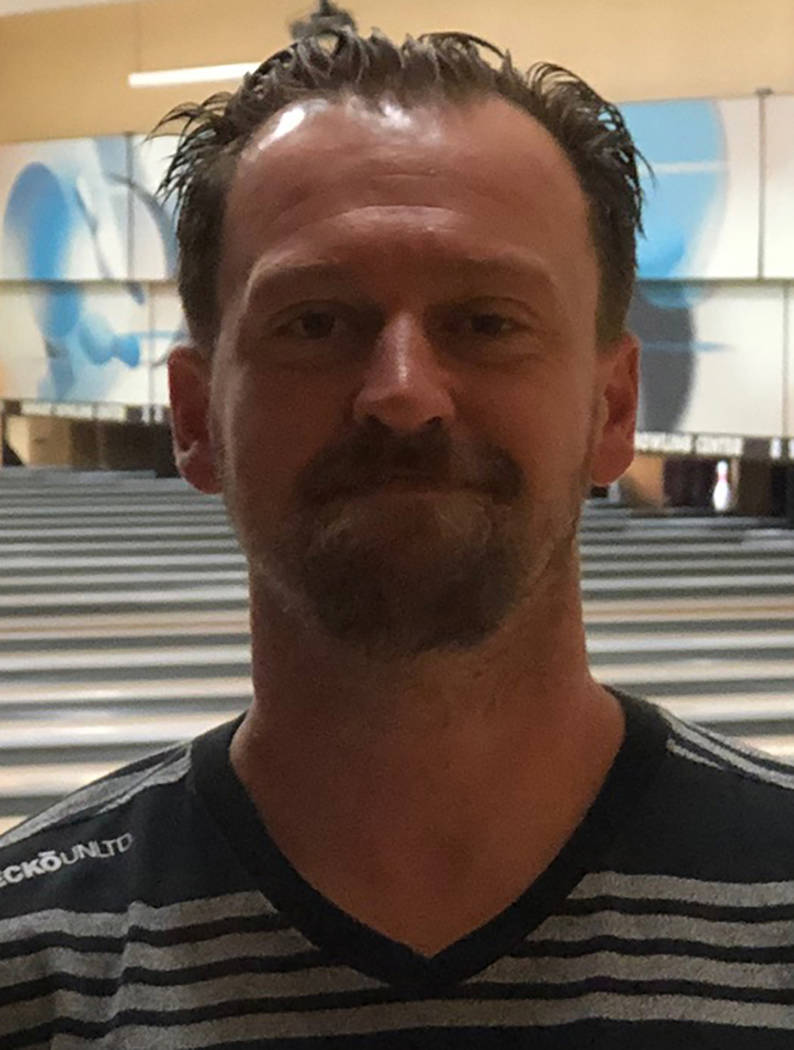 Bowling 300 games on consecutive nights would be a pretty good year for many league bowlers, but for Anthony Matassa of Pahrump it just wasn’t enough.

Matassa bowled his third perfect game of the year Thursday night at the Pahrump Nugget Bowling Center, rolling his 300 during the second game of an 831 series.

The night was almost even more memorable, as Matassa picked up a spare in the first frame of his first game before rolling 23 consecutive strikes for games of 290 and 300.

His third game was unfolding much as his first until he left the ninth frame open and settled for a 241.

The 831 series was the second-highest of Matassa’s bowling career, trailing only an 847 he rolled on games of 300, 279 and 268 at the Orleans in Las Vegas. It was the fourth time he had bowled an 800 series and the seventh perfect game of his career.

The Clark High School graduate rolled his back-to-back 300s on March 15-16, also at the Pahrump Nugget.