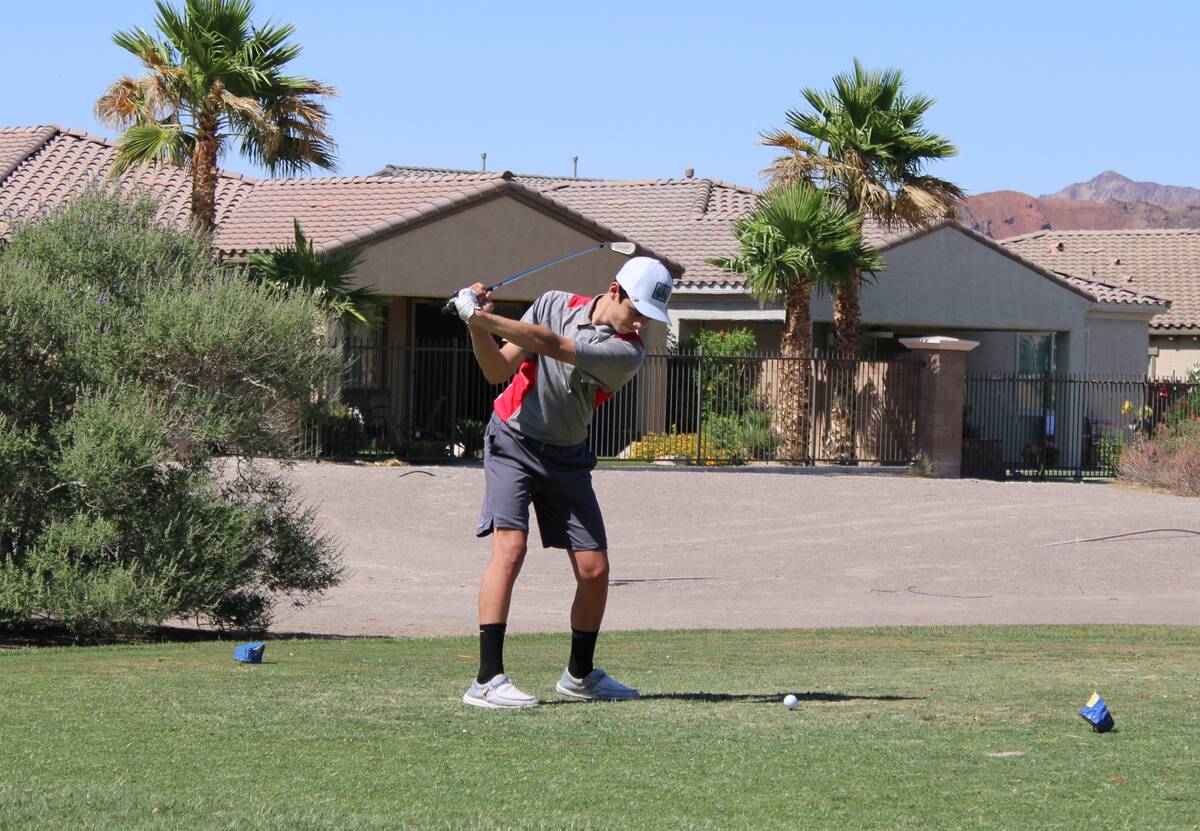 Danny Smyth/Times-Bonanza & Goldfield News Tonopah Muckers freshman Andrew "Drew" Otteson tees off during the Nevada 2A state golf tournament at the Chimera Golf Club in Henderson on Monday, May 16.

Otteson competed against 49 other golfers from 14 schools around the state.

“It was pretty good, especially for being my first year in high school,” Otteson said about being able to play in the state tournament as a freshman. “I really just came out to have some fun.”

Otteson’s grandfather, Robert Otteson, is the head coach for Tonopah’s golf team. Throughout the round I got a few chances to speak to him regarding Drew playing in the tournament. He informed me that Drew mentioned it was the hottest he’d ever felt.

He wasn’t talking about his performance.

When Otteson started his first round on Monday, the temperature was hovering right around 100 degrees.

“It was definitely different than what I’m used to,” Otteson said of the temperature. “Later in the day, when it started to cool down, I felt better and started to hit better.”

Otteson finished in 48th position out of the 50 golfers with a two-round score of 240. He shot a 120 on both days of the tournament.

Despite not playing well, it was a great achievement for someone in his position to have qualified for the state tournament in just his freshman year.