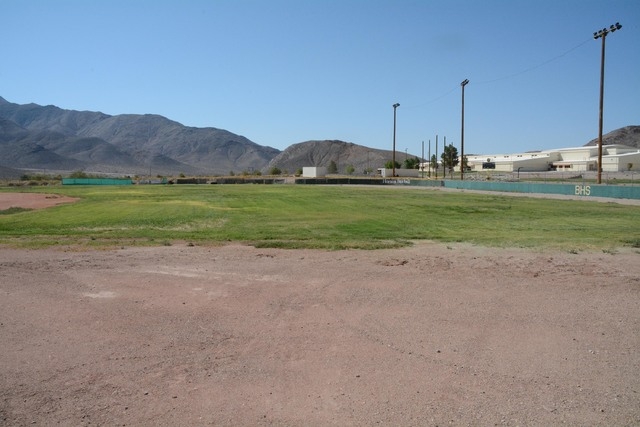 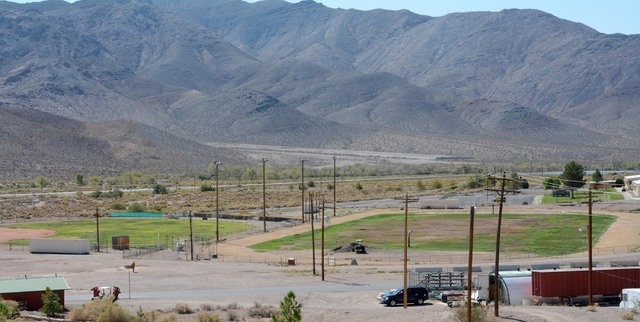 Just before July 4, the monsoon season started in Beatty and unfortunately destroyed the efforts of the Nye County School District to make good on a promise to fix the Beatty High School football field. The rain washed away the seed. This meant that the field would not be ready for the upcoming football season.

Nye County School District Superintendent Dale Norton had some solutions for the problem. The possible solutions had Beatty High School playing football games in either Tonopah or Pahrump. These solutions didn’t sit well with the town.

Robyn Revert, a concerned parent and organizer of a group to keep games in Beatty, said the district plan would have taken the games too far away from Beatty. She took her concerns to Gary Flood, the principal of Beatty High School. “Many of the parents from Amargosa and Beatty can’t afford to make the long trip to Pahrump or Tonopah,” she said.

The district reacted quickly to the proposals and had the baseball outfield measured and then Norton sent off a waiver for the field to the Nevada Interscholastic Activities Association, which was dated Aug. 7. The NIAA has to approve the waiver in order for the team to play on the field. The main reason for the letter is that the field will have no goalposts.

In the letter to the NIAA, Norton outlined the following problems in addition to the goalposts: if approved limited if any bleachers will be available for spectators, no game clock and no lights and kick-off times will have to be reviewed. Norton said he “personally looked at the proposed temporary field.” He also said it was safe for all parties.

According to Donnie Nelson, the assistant director of the NIAA, the waiver letter is being reviewed by the NIAA. He said the NIAA will act quickly.

Mark Henderson, Beatty assistant baseball coach, was more than satisfied with the effort that Norton has put out for the community. “I would hope that the town is appeased by what Dale has done. I have not heard a lot around town. I know he came down and even measured the field himself. It is a good substitute from what we have,” Henderson said.

Revert agreed with Henderson. “A lot of people are happy that Norton has come out in favor of having the games in Beatty. At least we will be playing at home,” she said.

People have commented on the web version of the PVT and have asked why Beatty High School couldn’t just put in synthetic turf. A person known as “Peace” made the comment, “You have my permission to use my tax dollars on artificial turf, and stop wasting it on silly grass options. We live in the DESERT for heavens sake.”

Henderson said BHS would love to put in the turf, but putting in this turf would run the school around $500,000. This was a low figure, a company called Field Turf, who specializes in synthetic turf said it’s more like $700,000. Nye County School District is studying the costs of used synthetic turf for Beatty.