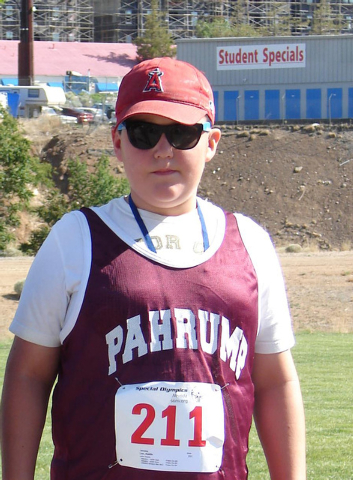 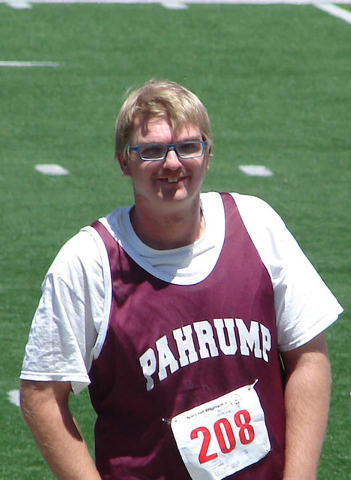 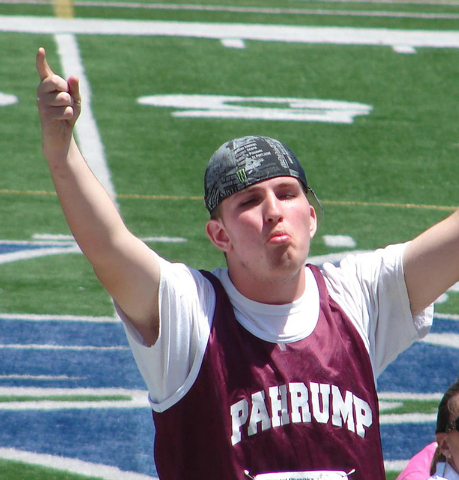 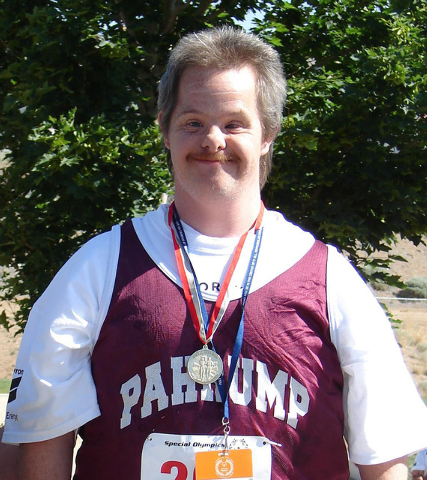 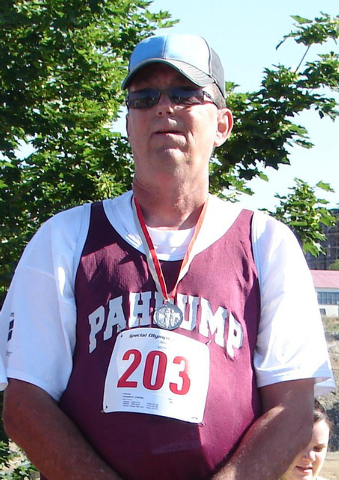 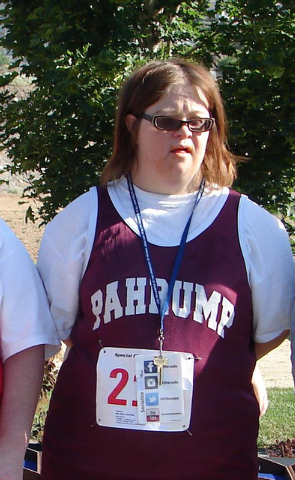 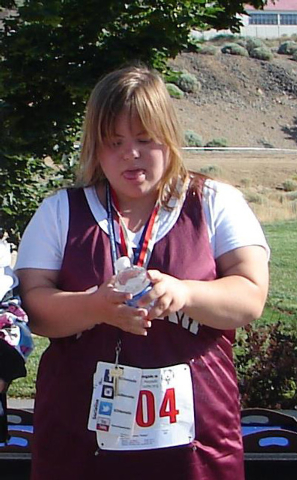 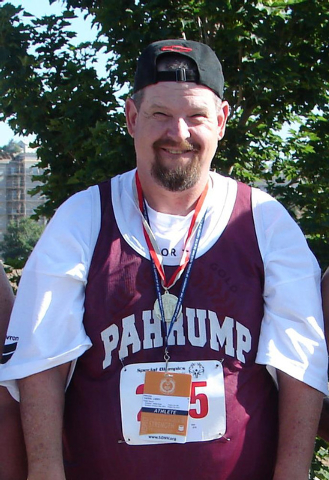 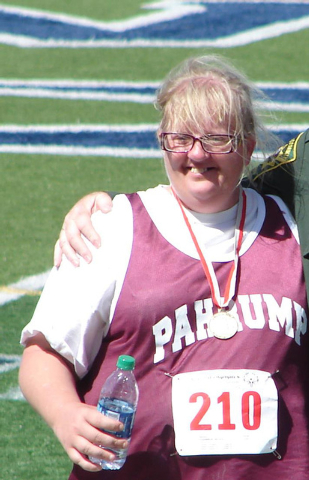 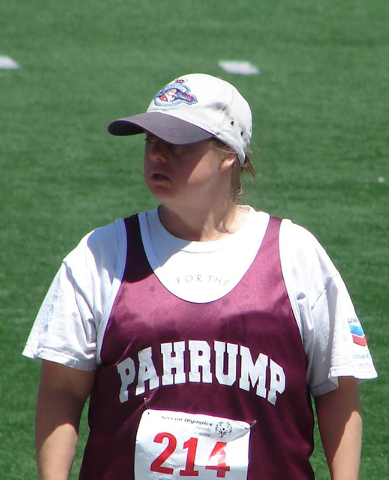 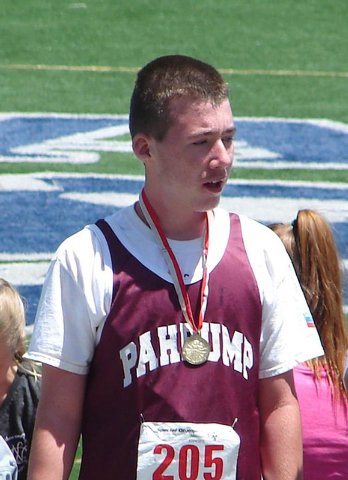 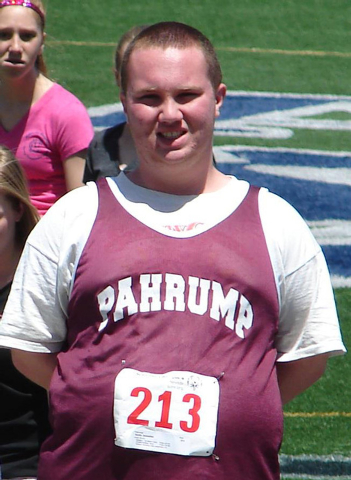 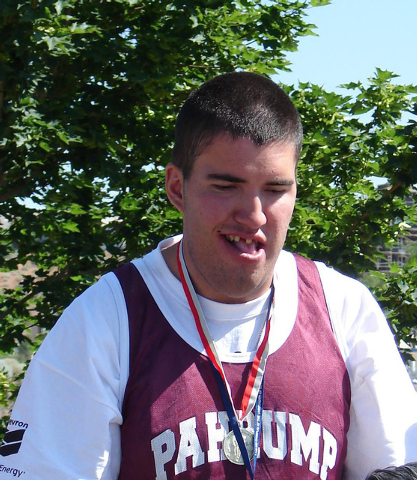 Special Olympics athletes are not like any other athletes and yet they are like all athletes. In the realm of Special Olympics, these special athletes strive just to be treated like everyone else. In their fight to be normal, they learn life lessons about competition and what it’s like to win and what it’s like to lose. They are all winners in that respect, and learn life lessons that come with hard work.

Sean Flanagan has autism and a mild case of Cerebral Palsy. He has been doing Special Olympics since he was 8 years old. He will be 13 today. Kelli Flanagan, his mother, has nothing but good things to say about Special Olympics and has seen many positive changes due to his involvement with the organization.

“My son knew that I played basketball and volleyball,” she said. “I felt with Special Olympics one of the most important things they taught my son was their oath: ‘Let me win, but if I can’t win, let me be brave in the attempt.’”

She said the sports over the years have taught her son some hard lessons about life.

“My son was beaten by a guy at regionals. I instill in my son to run his own race. When someone passes him he gets mad. It’s good he got mad, which shows he wanted to win. Some athletes don’t get that and he used to not have that. There was a point that he was thrilled to be in 7th place out of 7. I told him after he lost to remember the oath and I said, ‘The other guy ran a good race and got you at the end. You can’t be mad if you ran a good race and he ran a better one,’” Kelli said.

She said he started off with just a few sports, but now does bocce, bowling, swimming, basketball, and track.

One of the things about Sean is with every sport he has participated in he had to learn the sport from ground zero. Swimming was a good example. He learned to swim and at first it was just putting his head in the water. Within months, he was learning the breast stroke and competing. Now he does long distance swimming and is winning medals.

Track and field is the same thing.

“I never thought my son would ever be a runner,” she said. At one point in his life Sean was really bony and knock-kneed to the point he runs on the inside of his feet. He has to run with special shoes. Sean now runs the mile in 6:58. This time is faster than many high school kids and adults. He has taken three minutes off his time since he started track.

“I think this is just a great social outlet for them to be able to feel normal, part of team and to be accepted. I did not know my son could throw a shot put. He learned a multitude of skills. To see my son run now, when just a few years back I never thought he could run, is really something,” Kelli said full of emotion.

The one thing Kelli has learned about sports is it is better for her son to be active. The running has improved his muscle tone, despite the Cerebral Palsy and there are the social aspects. Many autistic kids have a hard time with socializing with new people.

“He played on his own and did not associate with the kids in his class at one time,” she said. “There are some kids on the team that have autism and I think he can relate better to them. He is doing more interacting. He likes to tell jokes. He feels comfortable with the guys. Last year he did not want to stay for the dance and this year he wanted to stay for it.”

Sebastian Smith has autism and is going to be a freshman at Pahrump Valley High School. He has only been involved with Special Olympics for a year and almost didn’t do it. He lives with his grandmother, Janis Smith. She said she has been struggling to get him to do something physical for years.

“Before Special Olympics all he would do is play on computers and watch a lot of TV. I even tried kicking a ball outside with him and he showed no interest,” Janis explained.

Janis said from the very start he loved being around the other kids.

“I have seen a lot of changes in him. He is talking more and having fun and he makes decisions now. This is really great. Even his teachers have seen a great change. As a matter of fact, he can’t wait until it starts again. His teacher said at school ever since he joined, he talks more in class. He even talks to his peers more. This has really helped out a lot,” Janis said.

Sebastian too was not what you call athletic. His grandmother said he didn’t have a lot of coordination when he first started. Sebastian started off with just one sport and now he wants to play them all.

Special Olympics has enough coaches to teach everyone a sport and as long as the athlete has the desire to learn, it doesn’t matter what their skill level is. This year in track Sebastian won three medals at the summer games in Reno. He has two gold medals in the 50-meter dash and the standing long jump. The silver he won in the softball throw.

Samantha Soltz has Downs Syndrome. She has been involved in Special Olympics since she was around 8 years old. Her father Jim Soltz, the Nye County Director of Special Olympics, said he got her involved to get Samantha active.

“I did volleyball and soccer and my favorite sport is golf and it’s good exercise for me. I won these medals in the 100-meter walk, 50-meter walk and softball throw and I got first place,” Samantha said with a smile.

Jim said his daughter has become more confident from being involved with Special Olympics. She is now 39 years old.

“Sam is very self-reliant and a lot of that does come from Special Olympics. We as parents want her to be as normal as she can be,” Jim explained.

She got so much self-confidence that when she became older she landed a job putting together sugar packets. She was employed at this job for eight years. The company moved and now Sam does volunteer work with her church and sings with the choir.

To Jim, Samantha learning about competition was important.

“She learned she cannot come out on top all the time. It does teach a life lesson,” he said. “Our basketball team won a medal one year and expected to do the same again the next year but won a ribbon instead and you can see the disappointment in their faces.”

Special Olympics ended their season in May and will start up again in the fall with bowling. For more information, call 775-537-2175.