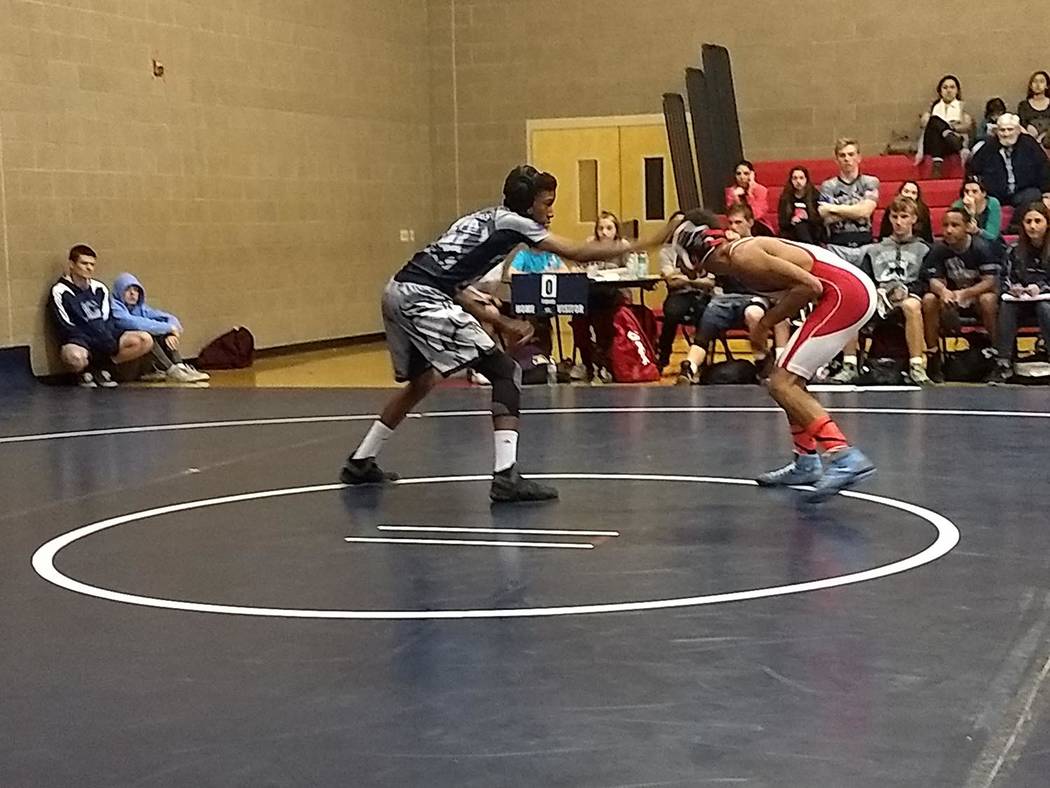 Penny Otteson/Special to the Pahrump Valley Times The Muckers had wins against Bishop Gorman, Shadow Ridge A, Shadow Ridge B, Centennial, Faith Lutheran, Sunrise, and Cimarron-Memorial, with their only loss coming from Arbor View. 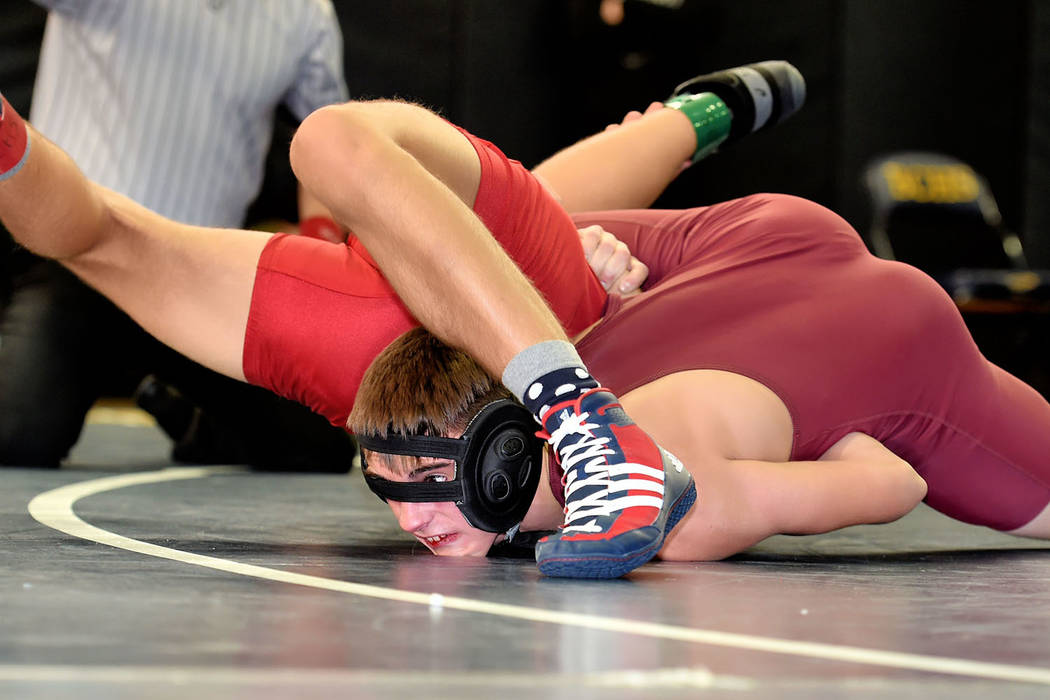 Peter Davis/Special to the Pahrump Valley Times At Pahrump Valley High School, Trojans are to host their first home wrestling meet on Tuesday, Jan. 9 at 6 p.m. The opponent is the Cheyenne High School Desert Shields.

With Christmas just days away, high school wrestling teams are preparing for a competitive January as they completed an active pre-holiday schedule.

At Pahrump Valley High School, the Trojans are to host their first home meet on Tuesday, Jan. 9 at 6 p.m. The opponent is the Cheyenne High School Desert Shields.

As of earlier this month, the Pahrump Valley wrestling team was holding on to a 2-1 record. So far this season, the Trojans have competed against opponents that include Laughlin High School, Chaparral High School and Las Vegas High School, winning by an average of 46-14.

In northern Nye County, Tonopah Muckers wrestling traveled to Las Vegas to compete in the Arbor View Invitational this past week and went 7-1 as a team, placing second in their division.

The Muckers had wins against Bishop Gorman, Shadow Ridge A, Shadow Ridge B, Centennial, Faith Lutheran, Sunrise, and Cimarron-Memorial, with their only loss coming from Arbor View.

At the end of the tournament, in the All-Stars Division, Austin Leach lost in the second round and was 6-2 for the weekend.

“The kids wrestled well, it was a nice start to the year,” head coach Duffy Otteson said.

The Muckers grapplers travel to Winnemucca next week for the Lowery Tournament.

It is one of the biggest and toughest tournaments of the year for Tonopah.

In other sports among Nye County teams, the Pahrump Valley girls basketball team competed in the Lady Bulldog Invitational in Mesquite, Nevada on Dec. 15-16 where the team went 3-0, including an overtime win.

The next home basketball game for the Trojans is against Boulder City High School on Monday, Jan. 9. Tipoff is set for 6:30 p.m. in Pahrump.

Compiled from reports by Nicholas Aberle and Robert Otteson.