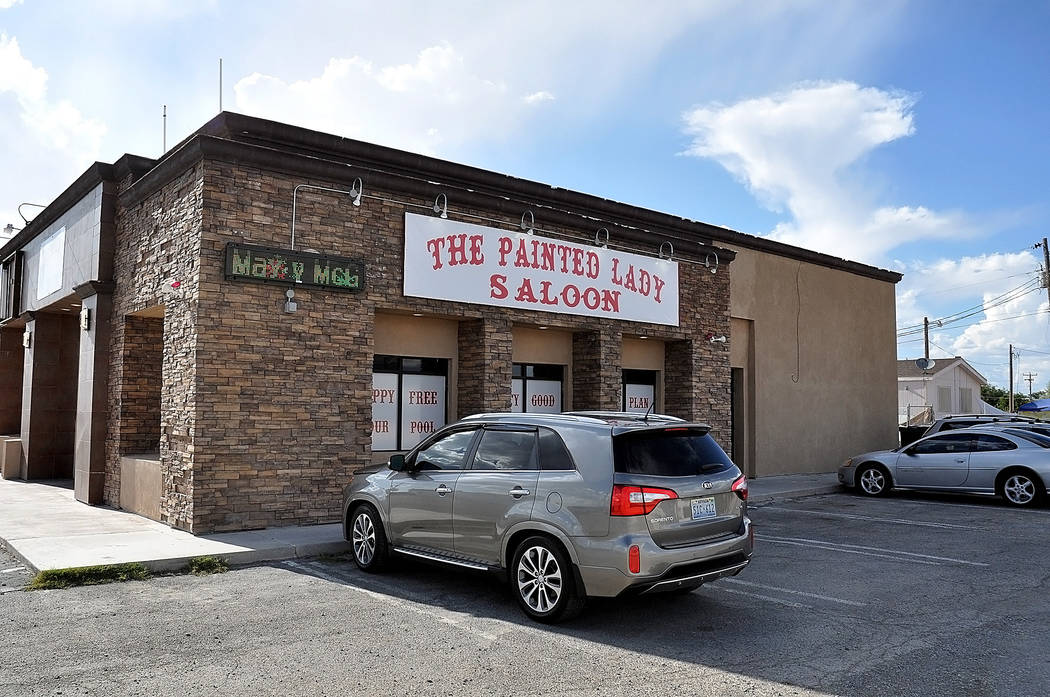 Horace Langford Jr./Pahrump Valley Times The Painted Lady Saloon is one of the few bars that the Pahrump Valley Times could find in town that is showing the Mayweather-McGregor fight on Saturday. Showtime Sports is charging businesses as much as $3,100 to show the fight, depending on the size of the business.

The Painted Lady Saloon may be the only bar in the town that will be showing the Mayweather-McGregor fight Saturday at 6 p.m.

According to bartender Elizabeth Larson, the saloon is charging $60 to watch the fight. The bar will have pizza, drink specials, a bar-tab giveaway and a 50-50 raffle, which benefits the annual Tribe Toy Run. After the fight there will be a blues band for entertainment.

The reason why this bar may be one of the few bars in town showing the fight is the high cost for businesses to show it.

Heath Campbell, the owner of Wings N Things in town said he wanted to show it but the cost prevented him.

“They want to charge us $3,100 to show it,” he said. “When everyone else can show it for $99.95 at home. We want to show it, but just like the UFC fights, they charge us $1,000. They, the promoters, expect us to just pay for it and show it and if it works out, great. If not, they still have their money and we end up short. I wish they would make it more feasible for us to show them. The price is based on occupancy and people think we are only paying a couple hundred more than what they are paying at home.”

Steve Pratt, a Showtime sports executive, could not comment on the price.

“It is what it is,” he said. “They (Showtime) probably don’t think it is a bad price. We think it is a great product. It’s supply and demand.”

The Associated Press said that for the Mayweather-McGregor fight, 50 million viewers will be watching, which would be a record for pay-per-view.

The Floyd Mayweather vs. Conor McGregor is a 12-round super welterweight matchup that pits the legendary boxer Mayweather against the all-time MMA great McGregor in the main event of an unprecedented four-fight pay-per-view boxing event. Mayweather vs. McGregor will take place Saturday, at 6 p.m. at T-Mobile Arena in Las Vegas. The event is produced and distributed live by SHOWTIME PPV, promoted by Mayweather Promotions and sponsored by Corona.