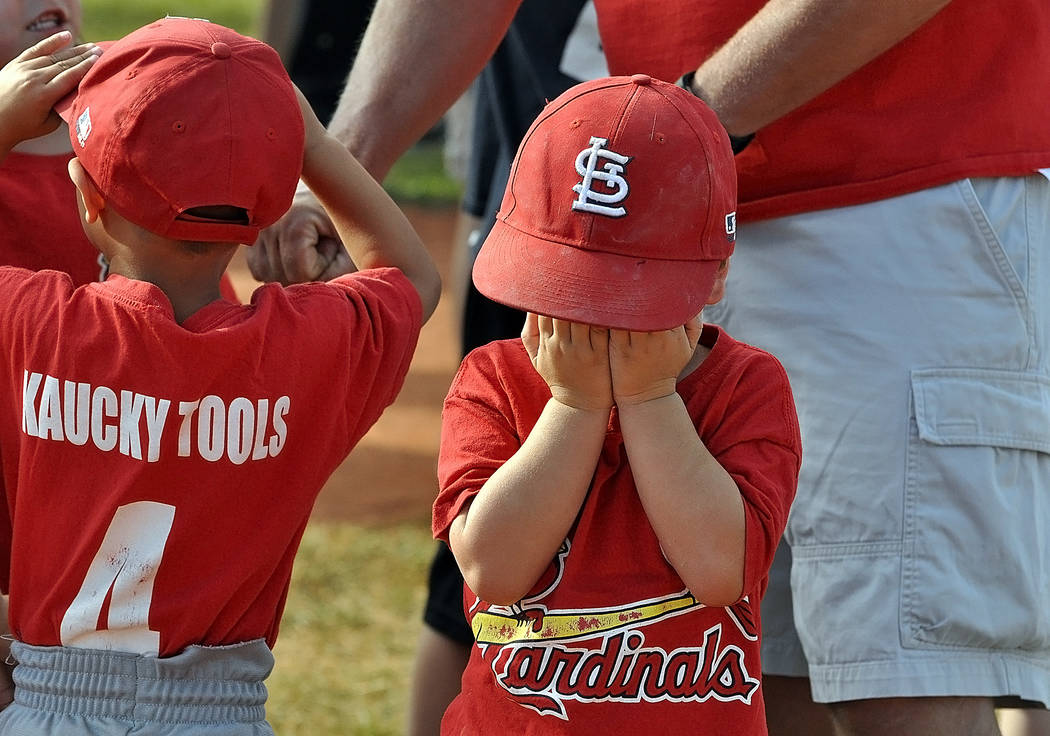 Horace Langford Jr./Pahrump Valley Times The ceremony marked the end of baseball and for this little guy, this was a sad day. 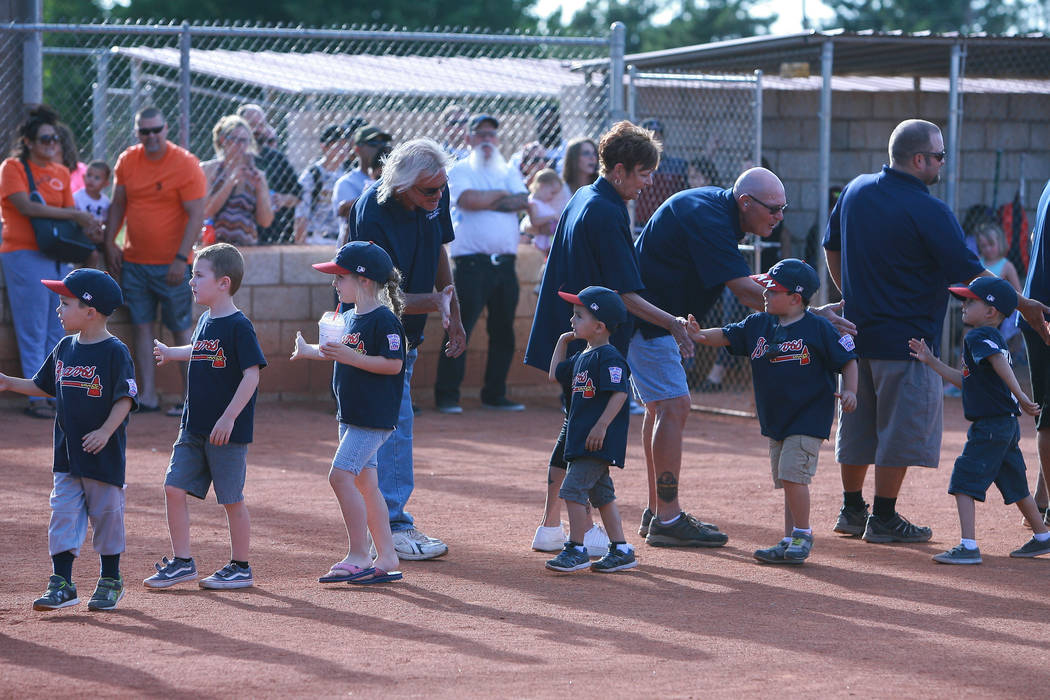 Special to the Pahrump Valley Times The P-town Little League Braves getting their bats for a great season. Bats replaced trophies this year for participation. 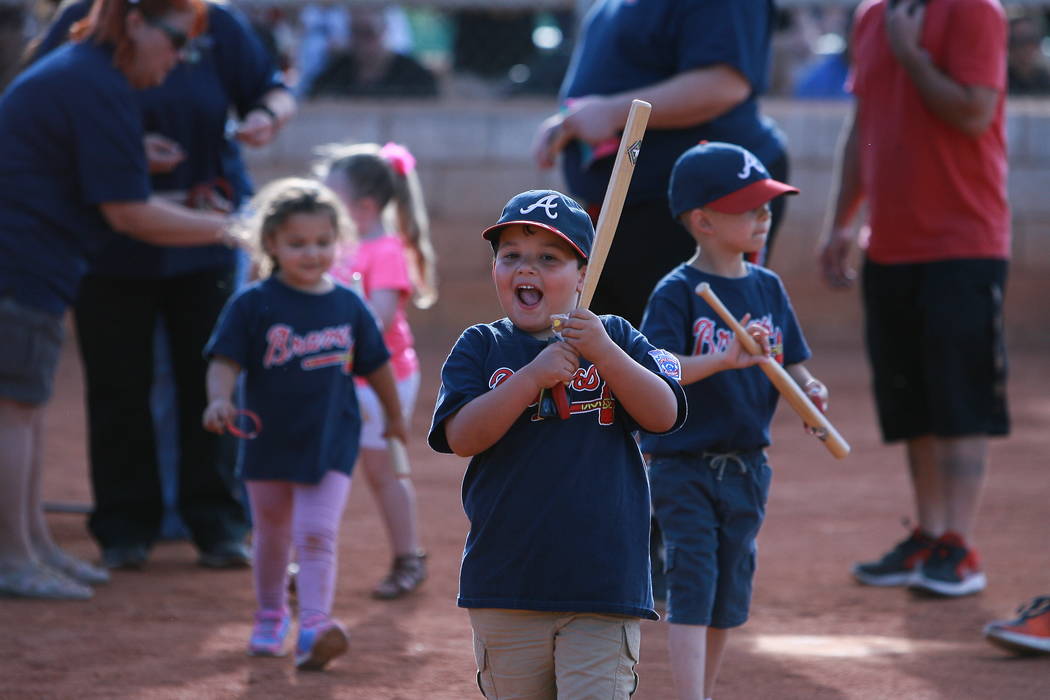 Special to the Pahrump Valley Times The smile on this little leaguer says it all - trophies are out, toy bats are in. According to Lou Banuelos, the league has given out participation trophies and this was the first year they decided to give a bat instead.

The closing ceremonies for the P-Town Little League were on Thursday evening, providing a time to celebrate the league champions and hand out awards and also reflect on the season.

All in all, P-Town Little League president Lou Banuelos said the season was a great one.

“It was a really good season, we had a really strong showing,” Banuelos said. “We had a lot of participation and a lot of new managers. A lot of managers that had played through the league and are now pushing their kids through the league, which is making for stronger baseball in Pahrump. We have put our name on the map now. We are playing against Las Vegas.”

“Our Major Division, Minor Division and our juniors play Las Vegas teams,” he said. “I think we did pretty well against them.”

“We were short in the T-ball Division, and I blame it on the economy,” Banuelos said. “I think no one was having kids. But the league has remained strong. We have a lot of strong coaches and strong board members. Of course, we had a lot of trials and tribulations and I think we get more lip service in baseball than any other sport. It is because this is America’s sport and everyone knows baseball or they think they know baseball. It is what it is. I pushed my boys through the program and now I am pushing my grandkids through it.”

The P-Town league celebrated the ups and downs of the season.

The minor league team champion was the A’s, which finished the regular season at 19-0, according to the parents. The Minor Division is made up of players ages 7-11. The team was coached by Sam Mendoza.

The Major Division, which is made up of kids from ages 11-12, also had a champion, the Red Sox, coached by Hank Maglia. This team was the third-seeded team going into the playoffs and then won all their playoff games to steal away the championship from the first-seeded Diamondbacks.

“Our season wasn’t spectacular,” Maglia said. “We finished as the third-seeded team in the division, but then we went on to win all our playoff games in the double-elimination tournament to win the championship.”

In the Rookie Division, ages 6-7, they don’t have a playoff.

“This is a machine-pitched league,” Lou Banuelos, league president said. “They are getting ready for the minors and that division had eight teams.

Finally, the juniors are made up of ages 13-14. “They finished third and fourth in their respective division,” Banuelos said. “They were in a division of seven teams and didn’t qualify for the playoffs. Our Mariners missed it by one game.”