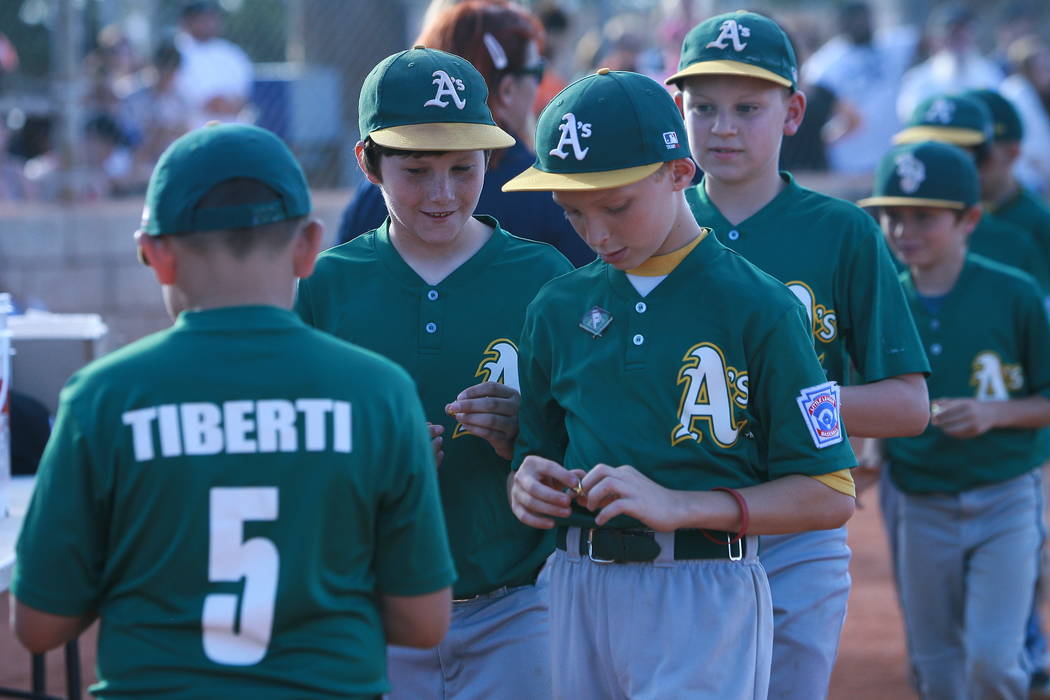 Even though Little League closed out the regular season some two weeks ago, competitive baseball is still going on for some Little Leaguers.

Pahrump P-Town Little League will be host to 10-team tournament, starting on June 19.

The tourney will end sometime on June 27. Pahrump will field one team and Las Vegas will send nine teams. The double-elimination tournament will all be at Ian Deutch Park.

The coach of the 8-10 year-olds team is Ray Wagner and the assistants are Sam Mendoza and Rich Horibe.

Lou Banuelos, P-Town Little League president, thinks that the coaching has gotten a lot better this year and feels there will be a different outcome.

Banuelos was proud of two other teams that were eliminated in tournament play earlier in the month.

“The P-Town A’s, (a Pahrump minor league) knocked out two Las Vegas teams in the Tournament of Champions tourney from May 30-June 3 and our juniors were in the tournament and were barely eliminated in the second game,” Banuelos said.

The A’s went to the third round and were eliminated just before the championship game.